Passing time at the national pastime

This guy in the red shirt at Monday night’s Kansas City Royals game is becoming one of the hottest topics in baseball. 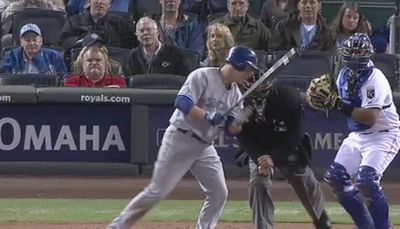 The picture above is in the 8th innings of a 3-to-1 game. The rest of the crowd seems relatively impressed with the strikeout that just occurred.

In the bottom of the inning, he did what most people in the nice seats do in the late innings of games of losing teams; he got on the phone to old girlfriends. 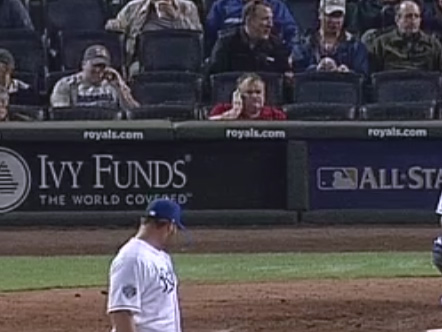 An inning later, though, out came the book: 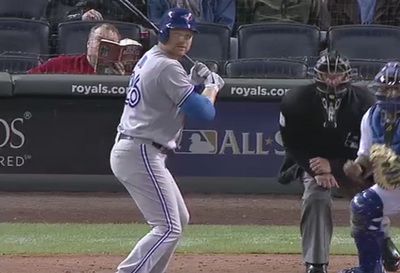 From what I could tell, it’s David Baldacci’s Zero Day, and he’s almost at the end.

I know what you’re thinking, purists: “Who goes to the ballpark to read?”

Check out this scene late in Tuesday’s blowout at Target Field: