A farewell to Anna Stoehr 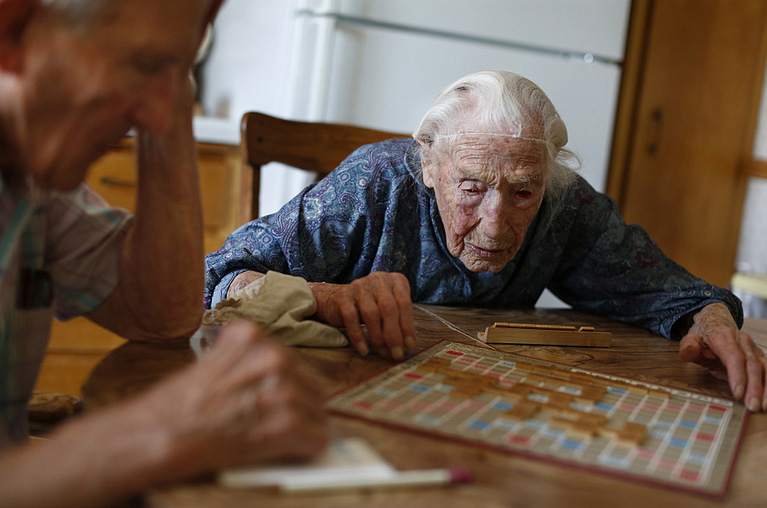 Anna Stoehr, the woman who made headlines when she was initially denied a Facebook account because of her age, was laid to rest in Potsdam on Saturday.

Her funeral provided us a chance to consider again, the marvels humans can achieve over the span of a 114-year life, the Rochester Post-Bulletin says.

The advances in technology throughout Stoehr’s life was highlighted in the sermon delivered by Pastor John Fuchs, who came out of retirement to address a huge crowd at Immanuel Lutheran Church in rural Potsdam, about 10 miles northeast of Rochester.

Stoehr’s life extended “from three years before the first plane flight to rockets reaching the outer reaches of our solar system,” Fuchs said. “From telephones being a convenience for the top 8 percent to being able to hold the whole world in the palm of one hand. From a life expectancy of 47 to the upper 70s, thanks to medical marvels too numerous to mention.”

After she gained fame by having to lie about her age to get on Facebook, CEO Mark Zuckerberg called her, but the two couldn’t connect because of their schedules, according to her daughter-in-law Marlene Stoehr.

“There are very few people who can say they were too busy for Mark Zuckerberg, but Anna was,” said Marlene, who claims to have rejecting “thousands” of friend requests from strangers since her death. “It’s rather humorous.”

The church bell tolled 114 times on Saturday, one for each year she lived.