When the people prosecuted poetry, Al Bendich said ‘no’ 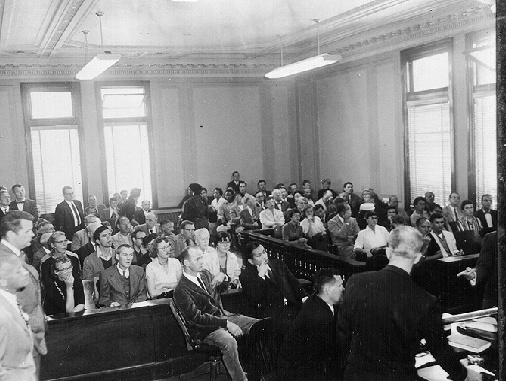 If you didn’t know history well, you might be tempted to think that as our country ages, the U.S. Constitution gets weaker, not stronger.

The country has gotten comfortable with the notion that freedom can only be won and defended with a gun.

It’s not quite true and the death of Al Bendich reminds us of that. More often that not, it comes from a lawyer who’ll stand up to power.

Bendich, who died earlier this month, was the last living person on the defense team of Lawrence Ferlinghetti, who went on trial for obscenity. His crime? He published a book with Alan Ginsberg’s “Howl”.

After he was acquitted, Tropic of Cancer by Henry Miller and D.H. Lawrence’s Lady Chatterly’s Lover were able to be published. The union survived just fine.

“Can you imagine a world in which it could be a crime to say words that you can hear on cable TV every night?” lawyer Michael E. Tigar tells the New York Times in today’s obituary. “That’s the world of the Sixties, in which there were legal prohibitions of the work of Henry Miller and Allen Ginsberg and comedians such as Lenny Bruce. So this was pathbreaking.”

Tigar wrote a blog post earlier this month about his mentor.

In the 1950s and 1960s, Al was staff counsel to the ACLU of Northern California. This was among the best ACLU chapters, as it had not knuckled under to McCarthyite demands that it prove its purity from leftist influence. Al represented Lenny Bruce in an iconic obscenity trial in San Francisco. Bruce was charged with using obscene language during a night club performance – words that you can hear today on cable television. Bendich’s defense was brilliant. Bruce’s testimony was memorable, and I remember it like this:

“Some people make a difference in their lives,” University of Washington law school professor Ron Collins writes in his tribute,”some people actually add to the bounty of freedom we call ours; and some people are so modest as to go quietly into the dark of their eternal night. Albert Bendich was one of those rare few.”

We think of First Amendment law as synonymous with judge-made law. We know the names of the judges — Holmes and Brandeis, Black and Brennan, etc. — who penned the famous opinions. But what of the lawyers who, like Al Bendich, argued those cases and advanced novel and persuasive arguments? Regrettably, too often they receive too little credit for the work they do. We must do more to remember them, to learn from them, and to share their life stories with new generations of lawyers eager to defend civil rights and civil liberties.