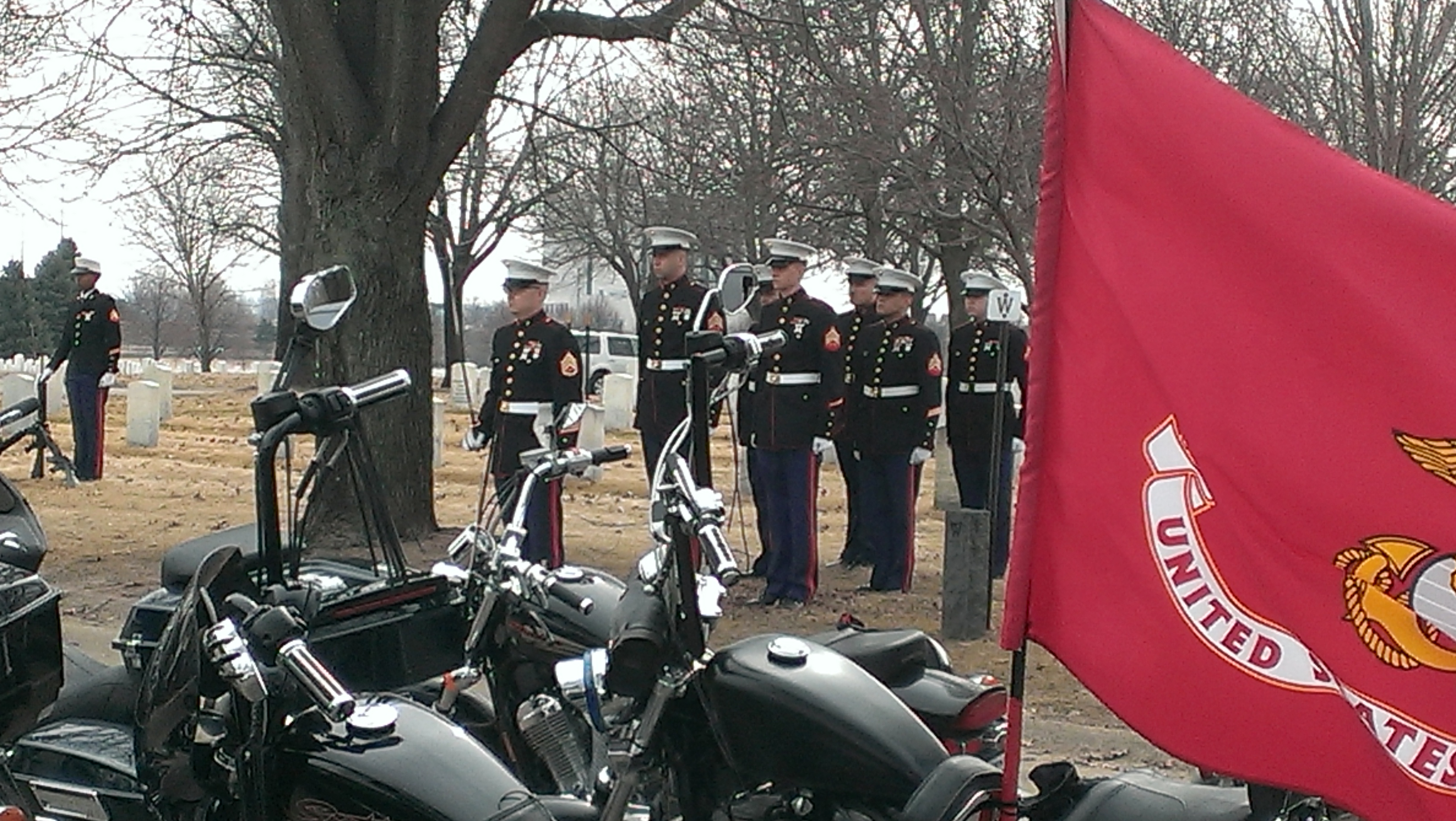 You don’t often hear funeral services start with a tribute to a news reporter, but, then again, mentally ill homeless people who freeze to death alone don’t often get funerals.

“If it hadn’t been for you,” Pastor Brian Scoles of The Evangelical Lutheran Church of our Saviour in Saint Paul said to Pioneer Press reporter Mara Gottfried at the start of this afternoon’s service, “Jerry’s death may have gone unnoticed.”

Gottfried was among several dozen people, many wearing service patches and motorcycle leathers, who honored Jerome “Jerry” Jackson, 58. His body was found in a homemade shack last month in Saint Paul’s Indian Mounds Park. Her stories in the paper helped identify him and locate his brother, Don, who lost touch with him several years ago. 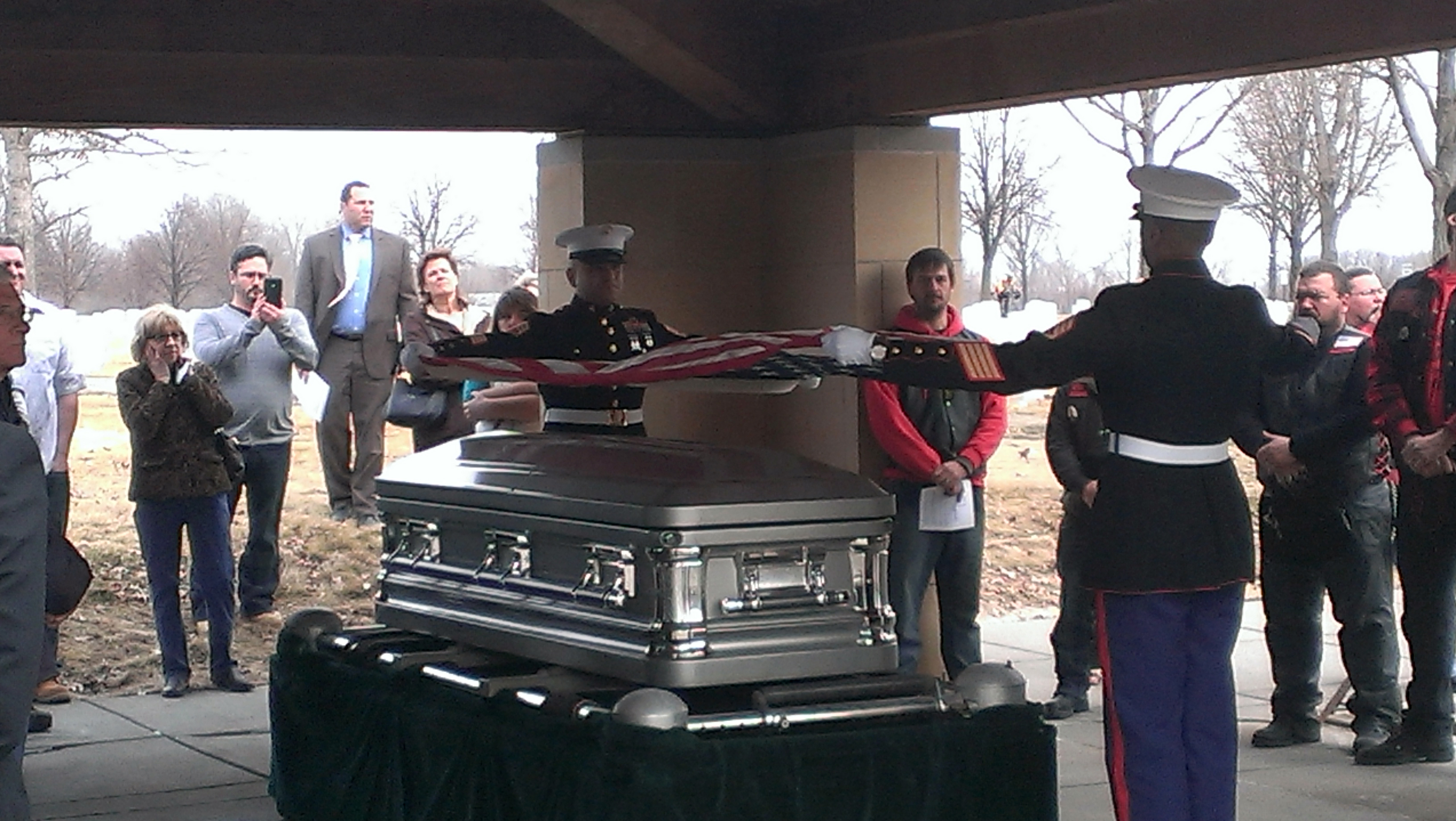 Jackson, a veteran, suffered from schizophrenia. He received some treatment from the Veteran’s Administration but stopped taking his medication some time ago. He was baptized in the church about 10 years ago, but the parish had lost track of him, too.

“We all know the long loneliness,” Pastor Scoles said, reading from the autobiography of Dorothy Day, “and we have learned that the only solution is love and that love comes with community.”

“The truth is his death was tragic and we don’t have to pretend otherwise,” he said. “Schizophrenia is a horrible illness; it’s hard to make and maintain friendships.” 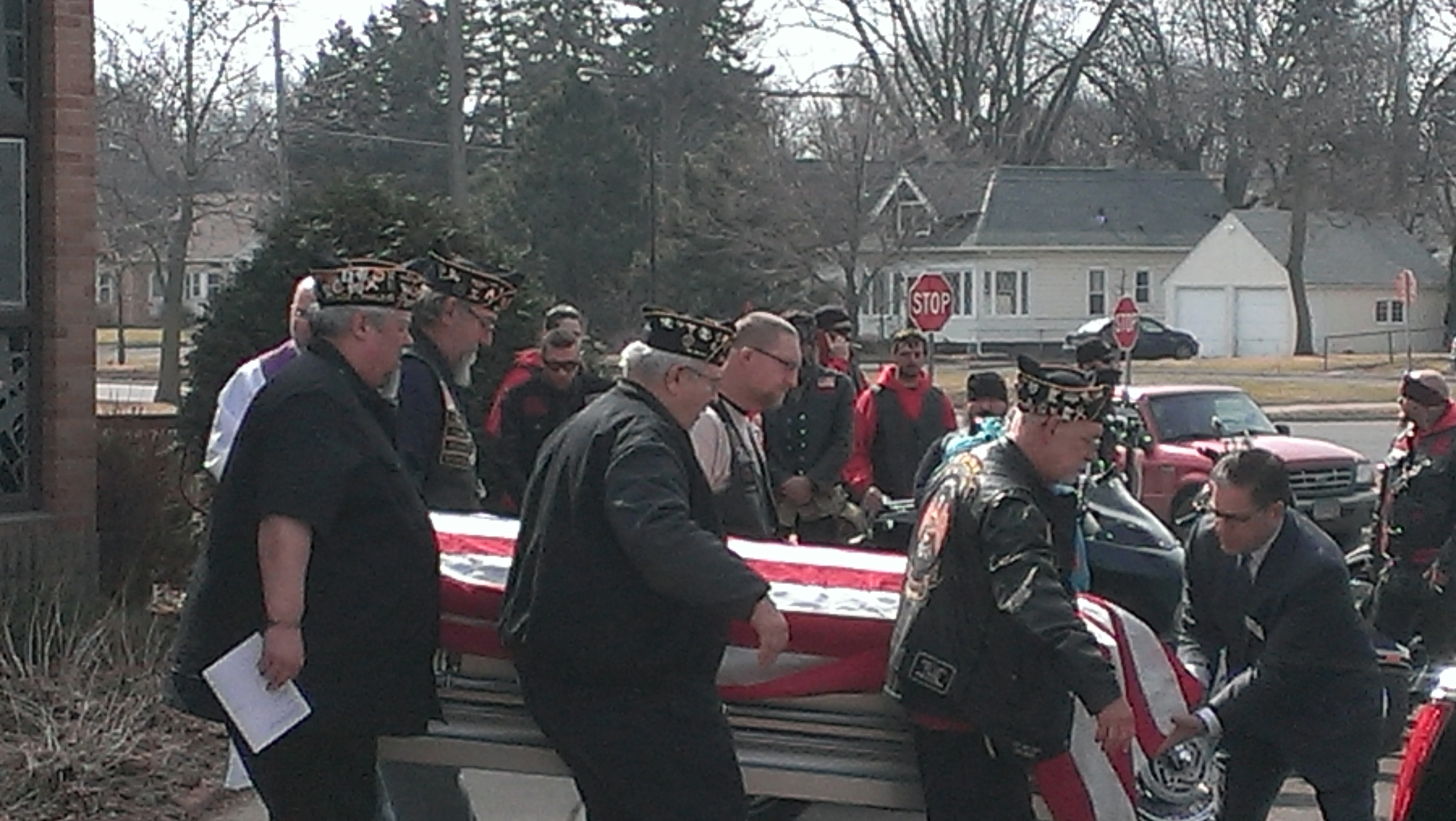 Two honor guards of veterans and motorcyclists escorted Jackson’s body from the church. On its way to Fort Snelling National Cemetery the cortege passed the shack where Jackson had sought shelter from the subzero temperature.

“I have to find out who he was…I didn’t know him for at least a decade,” he said.

“He had these demons inside of him that made the exterior look awful bad. …Somehow you got to have some kind of closure. It’s not right that he died. It’s not right at all,” Jackson told the newspaper.

Along the route of the procession, construction workers on the Warner Road bridge stopped and removed hard hats. So did the workers in the rail yard.

And at Fort Snelling, a Marine honor guard fired a 21-gun salute, and an officer a Marine presented an American flag to Don Jackson, who fought a tear, and said “thank you.” 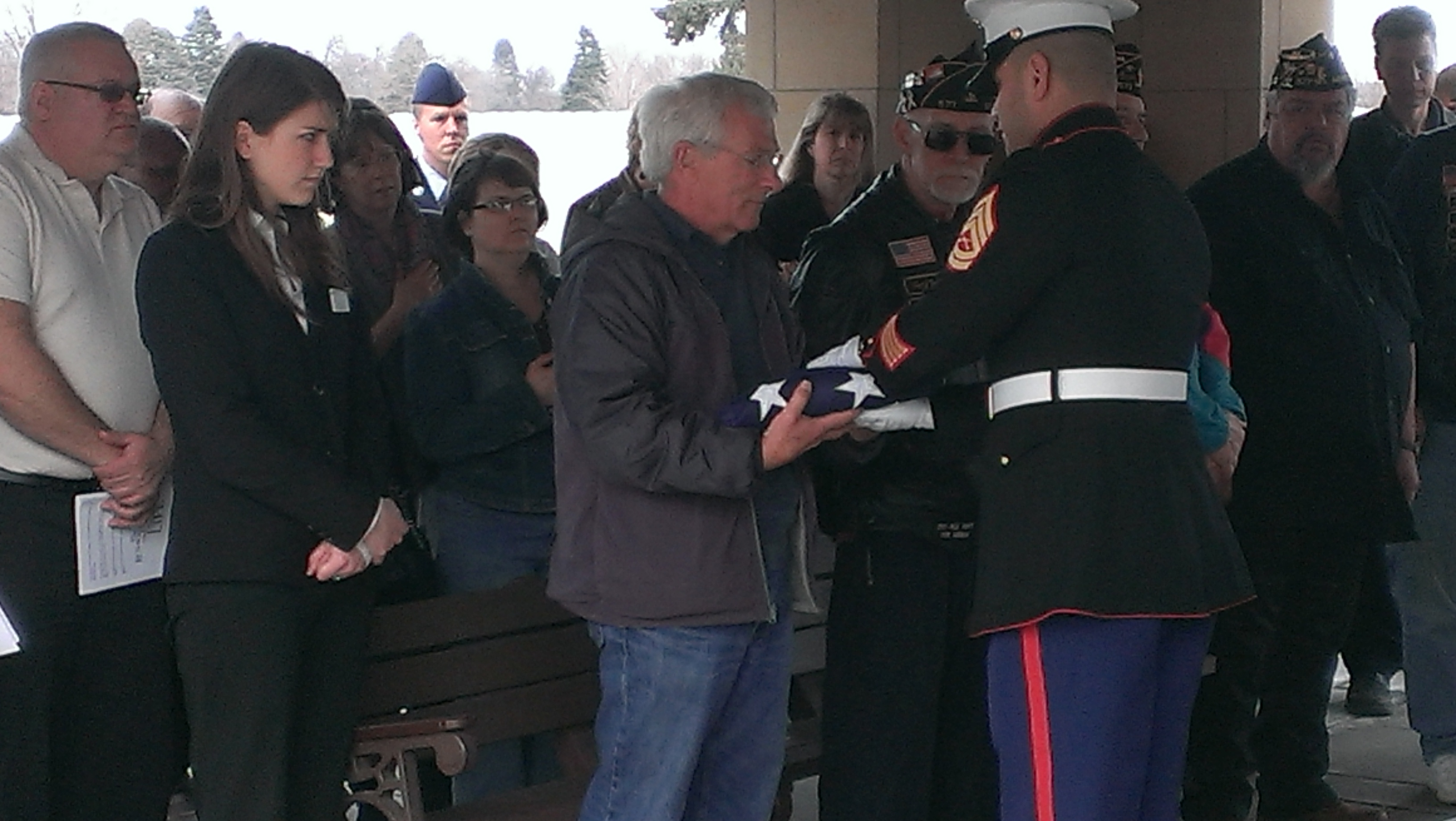 A St. Paul funeral home donated its services so that Jackson could have a proper funeral.