Target Center still not ready for its makeover

The Timberwolves and Lynx announced today that the Target Center renovation will be delayed again. Times are too good in the construction business so costs have been going up.

It was almost a year ago that the first delays were announced because the spiraling price of construction had pretty well gutted much of the $97 million in combined public and private money.

The new timetable moves construction completion from next year to 2017.

But today’s news conference gives us something we always enjoy at stadium/arena announcements — new artist sketches of what the place will look like when renovation is completed.

Here’s the latest one with glass. Lots and lots of glass. 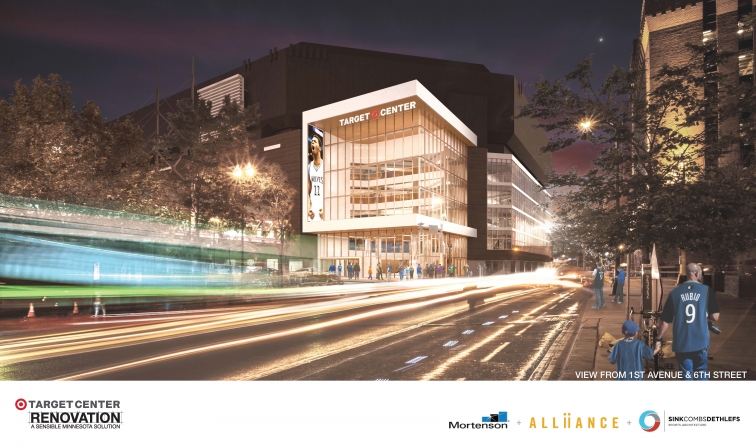 That’s pretty much the same as the drawings released a year ago. Giant Kevin Love is gone from the atrium now, of course. He’s been replaced by giant Andrew Wiggins. 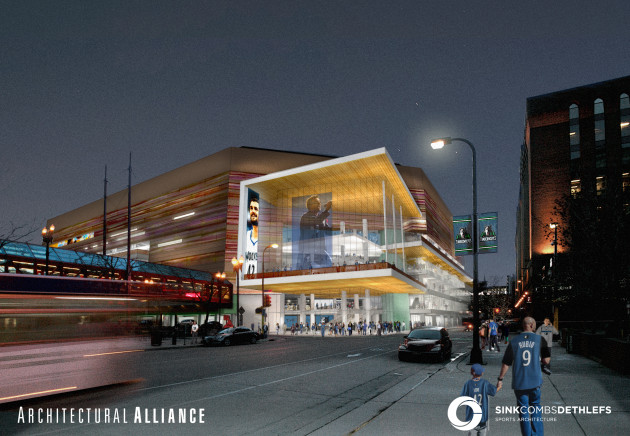 The kid on the street? He’s undecided now what jersey to wear. He’s ditched the Kevin Love jersey in favor of a generic nameless, numberless version — a clear act of rebellion against the old man, who still has a Ricky Rubio jersey.

Gone too is the mysterious person walking away from Target Center, talking on a phone. He might have been a ticket scalper, whose action have been cut by the Timberwolves’ switch to paperless ticketing that gives them more control of the resale market. Just a guess, though.

The parked cars are gone, too. And the skyway is fast disappearing.

The renovation could be completed in time for the start of the 2017-18 season of the Timberwolves, the final year of Wiggins’ contract before he becomes a restricted free agent.