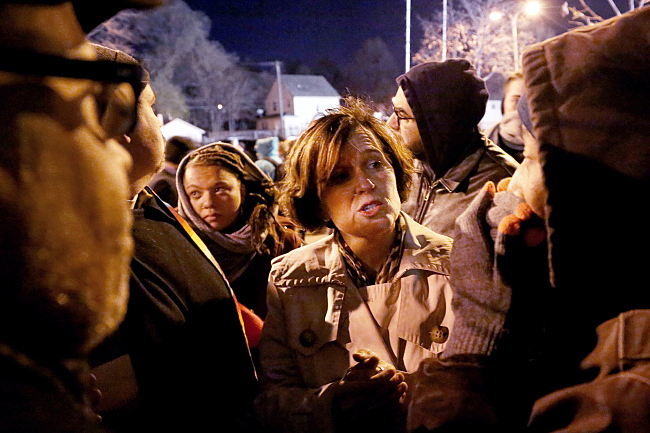 Mayor Betsy Hodges gave voice to the unspoken but hinted assertion that’s been percolating a bit on social media since the demonstrations started at Minneapolis’ 4th precinct police headquarters the other night.

It’s tucked — undeveloped — at the end of this morning’s Star Tribune story on Hodges’ handling of the growing protests.

“By God, I give a damn. By God, I’m out there doing the work every single day to the best of my ability,” Hodges said. “Perhaps I don’t show emotion the way people expect a woman to show emotion.”

That’s a pretty significant assertion to just leave sitting there and it’s this: Criticism of Hodges handling of the situation is influenced by the fact she’s a woman.

It’s primarily a reaction, apparently, to activist Ashley Fairbanks’ comment after she and several other protesters were invited into Hodges’ home on Wednesday night. She said they held the meeting hoping she would “break through this shell.”