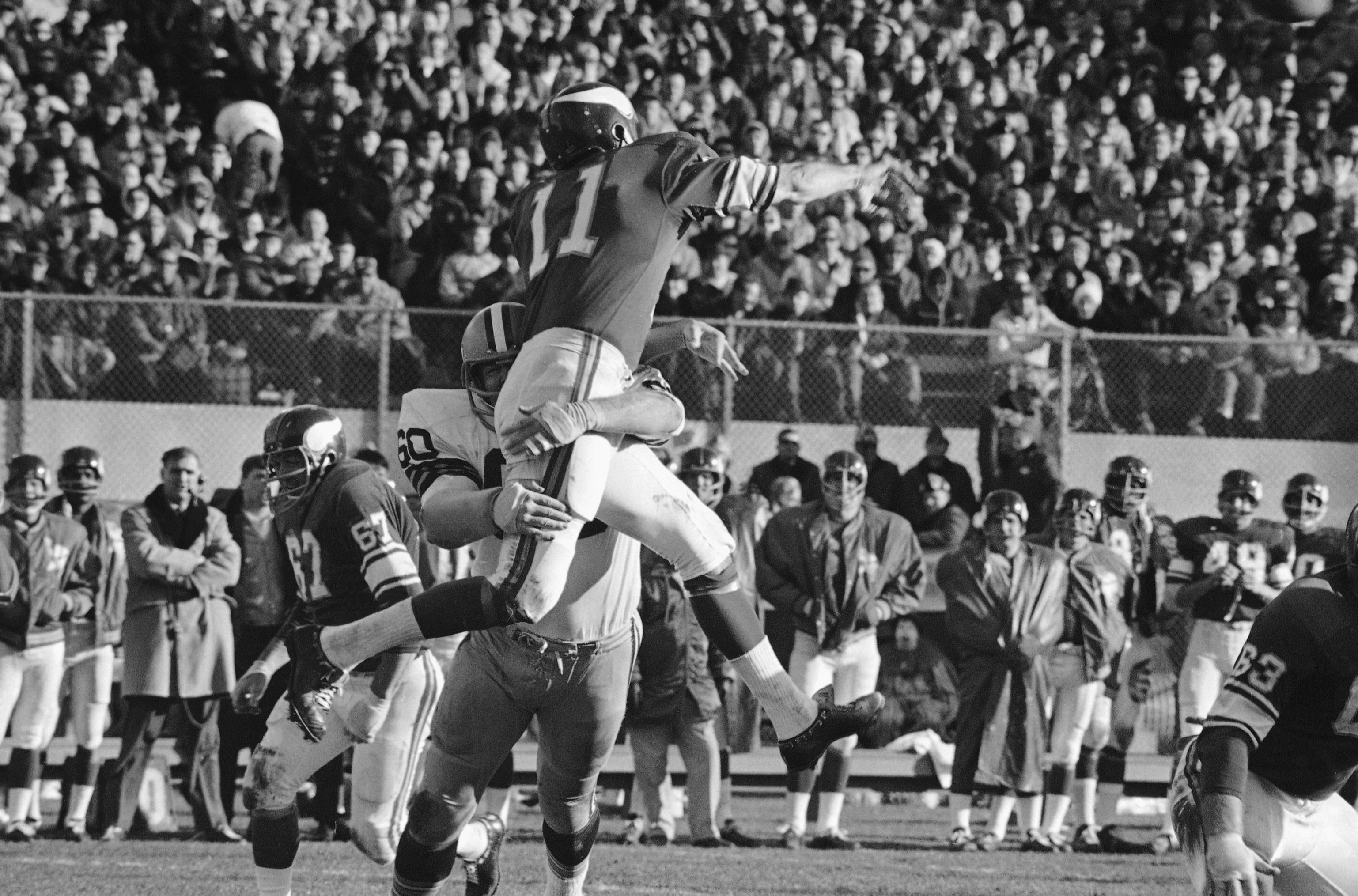 So today’s news that Joe Kapp, the former Vikings quarterback, has Alzheimer’s carries this quote that people will most likely ignore.

“Don’t let your son be a football player,” Joe said.

Although physicians can’t say for sure, it’s obvious to oldest son J.J. Kapp that the bestial way his father played football has contributed to the mental demise.

J.J. understands that concussion-like symptoms were not always diagnosed in his father’s era. But the Santa Clara County assistant public defender has heard enough anecdotal evidence to be swayed, such as when his dad got hit so hard in Canada his left side went numb and his left eye closed shut.

“And the guys wouldn’t let him go off the field,” J.J. said. “The ethic of football is still the same. You play through it. That needs to change.”

Now all those powerful blows over more than two decades of tackle football have led Joe to dedicate one chapter of a memoir he is writing to concussions.

He didn’t flinch when hearing about the New York Times report that Stabler and Morrall suffered from the degenerative brain disease known as chronic traumatic encephalopathy, or CTE.

“It’s past the time of concern,” said Kapp, who is part of a neurological study at UCSF. “Every single day I live being forgetful. I’ve got calendars on both of my shoes.”

Kapp plans to donate his brain to neurologists for research.

His grandson plays for Cal. Kapp’s son, J.J. is honest about why.

“We’re afflicted with the football disease,” he said. “I’m hoping if Frank does end up playing, it’s just college and hopefully it is not so much damage.