Woman hits lottery for $200, buys homeless man a room for the night

On Saturday night, Sofia Andrade won $200 on a scratch ticket in the Massachusetts Lottery. It’s not a lot of money, of course, but it’s still $200 she could’ve spent on herself.

But Andrade didn’t spend it on herself.

When she stopped at an intersection in New Bedford on her way home, she saw Glenn Williams, who’s been homeless for three years.

“I knew that the money never really belonged to me,” Andrade told WCVB. “This money was meant to help him.”

The shelters were full. Andrade bought Williams a room in a motel for the night, she writes on a GoFundMe page she set up. 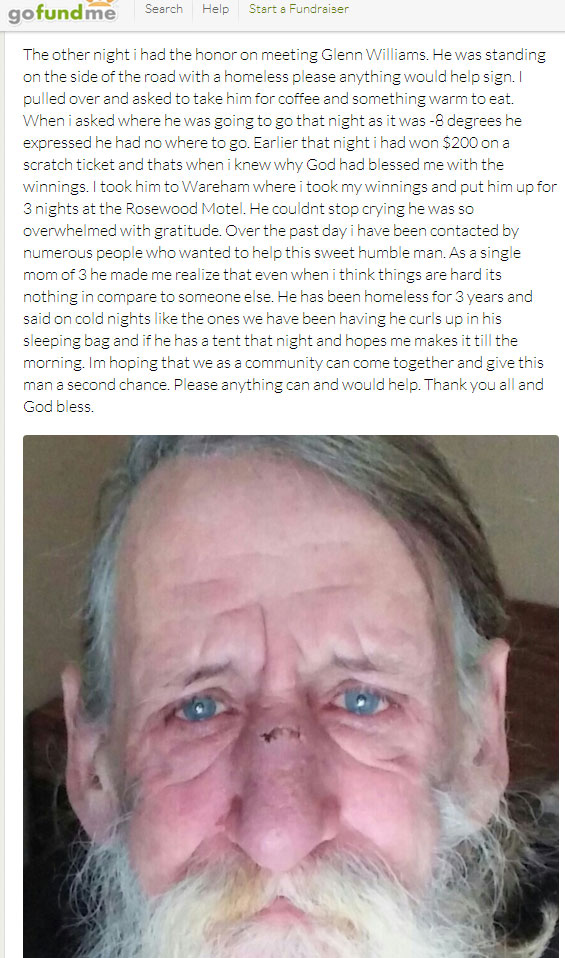