In Big Stone County, the Inadvertent Cafe hangs on

When we first met Brent Olson in April 2013, part of NewsCut’s “You Should Meet” series, he was just beginning his project to reopen a cafe and, maybe, create a commercial kitchen that would provide opportunities for small-business in Clinton, Minn., where the population has aged and young people have left.

“I’d give it to somebody,” he said of his desire to see the cafe carry on now that a grant has run out. It’s self sustaining now, “If someone came in and said, ‘I’ll commit to doing this for two years’ — I’d give them the keys.”

The story is a good example of how tough it can be to turn around a trend in rural Minnesota, particularly when there are hurt feelings involved, too.

You Should Meet: Brent Olson 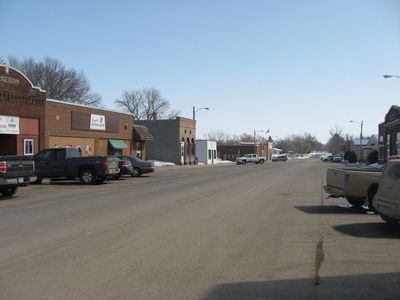 For many people, Clinton, Minnesota is the two-block long town on U.S. 75 that signals you’re only 15 minutes away from the happenings in Ortonville.

But Clinton has an idea percolating, thanks to Brent Olson, a long-time Big Stone County farmer, syndicated agriculture columnist, and county commissioner, who recently reopened the town cafe for breakfast, as part of a mission to build a community kitchen to answer four “food challenges” facing his rural town.

“First, small-town grocery stores have a horrible time competing. They can’t buy a truckload of lettuce. If they buy a case, they throw half of it out,” he says. “Older people who aren’t mobile have a hard time getting a good diet, with fresh stuff. There’s a lack of interesting food, and if you want to get started farming around here and you don’t want to farm 3,000 acres of corn and soybeans, it’s difficult to make a living. You’ll never make a living with a farmer’s market in Clinton. Only 400 people live here and half of them have gardens.” 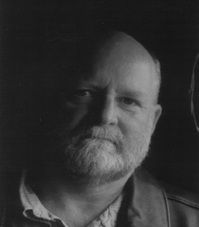 Under Olson’s plan, the cafe fills a need for breakfast in the town without competing with another cafe in the area.

For any individual, starting up a kitchen to produce food to sell commercially is a daunting and expensive risk that becomes almost impossible in a small town. Under his plan, these people would use the cafe’s kitchen — he’s already gone through all the regulations, paperwork, inspections, and investment — to pursue their business and/or cooking dreams.

“I use the example of salsa,” he says. “Salsa comes from a thousand miles away and every ingredient for the best salsa in the world is right here; it drives me crazy. The barriers to that are so enormous. The paperwork and setting up a licensed facility is just daunting. If you’ve never done it, it seems impossible.”

If Olson’s plans work, local farmers would find a cooking customer, the local grocery store across the street gets innovative products to sell, people get more interesting food, and a local person has a thriving business.

So far, nobody has signed up to be the salsa king of Clinton. But Olson says two young men are already planning to create a hard cider business.

THE PEOPLE WHO BELIEVE

He submitted a long-shot grant application, and got a $75,000 grant from the Bush Foundation to pursue the idea.

“Now I’ve got an equipment budget and if someone wants to learn how to make cheese, I can send them to cheese-making class,” he says. 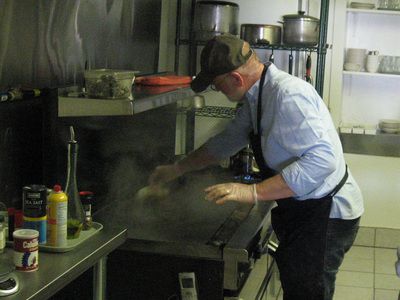 In the meantime, he’s getting the cafe running again.

“I’m still learning eggs over easy,” he says. “I had an omelet failure today that I’m a little heartsick about, but life is brutal sometimes.”

“The first day, I had two people come in. Second day, I had four people. If I get 10,15 people a morning, that does what I want. It serves people who aren’t being served elsewhere, it doesn’t step on anyone’s business, and it pays the utility bills.”

Even if it ends up as just a little idea, it could give Olson’s hometown a boost. 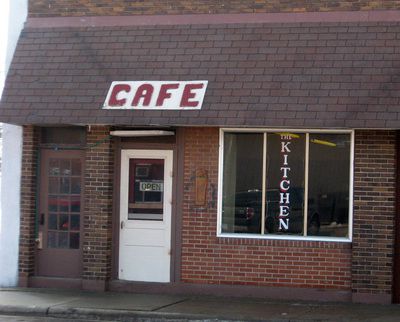 “People drive an hour or more to shop at WalMart in Watertown (South Dakota), It’s disheartening for Bonnie who owns the grocery store. She must be baffled some mornings as to why exactly (she’s) doing this.”

ALL THE WAYS HE CAN

Olson acknowledges that even if he hadn’t received the Bush Foundation money, he’d be investing in the idea anyway.

“I’m a Methodist,” he says, “so I take that whole John Wesley thing really seriously (‘Do all the good you can. By all the means you can. In all the ways you can. In all the places you can. At all the times you can. To all the people you can. As long as ever you can‘). Every town needs folks who do things. Some towns it’s the Knights of Columbus, the Elks. In Clinton, it was the Masons for 40 years. They got the clinic built, they got the nursing home built. You go to a different town and it’s a different group of people, but you need that group of people.”

In 1926, the Masons built the cafe’s building for $12,000. That’s the same amount Olson spent a few months ago for a new range hood. But he seems unfazed by the risk.

“The only thing in my life I’ve ever done for money,” he says, “I lost a quarter million dollars, getting into the BBQ pork business, which my banker encouraged me to do. It was a catastrophe. We couldn’t do it on a scale where it was legal. We had to try to get into the Twin Cities markets and they just ate our lunch. There were things our competitors did that I never saw coming. It took 10 years to pay it.”

Olson comes from a farm family and up until fairly recently made his living on the farm, until he decided it wasn’t fun anymore because farming is little more than soybeans and corn now. Fifteen years ago he started writing and now is a nationally syndicated agriculture columnist. He also writes a daily Facebook page, Independently Speaking.

It’s our thirty eighth wedding anniversary today. It’s 10:30, and I haven’t actually seen the love of my life yet, although we did speak briefly on the phone. I left for The Inadvertent Cafe at a little after 5:00, started baking bread, made an Italian Sausage Egg Bake for a special and tested a new batch of yogurt. Then I sat around and visited with the two or three early risers that a small town offers, but then around 9:00 I looked up and realized that I had twenty people waiting for breakfast. I’m pretty sure they all got food, but I’m not sure if they got the food they ordered. Plus, of course, a couple of the guests hopped up and made a new pot of coffee on their own – not the sort of cafe. behavior you see in the swankier joints. Used up nearly two quarts of homemade yogurt, but as soon as I start a new batch, I’m headed home for a weekend with a majority of my children and all my grandchildren. Plus, of course, my wife. Forty years ago tonight we went on our first date. She wore a long grey coat and walked down the sidewalk to greet me because I was scared of her mother. When I first saw her I thought, “She is really cute…” and I haven’t wavered from that opinion in the four decades since.

Olson describes himself as a “competent farmer” and a “competent cook” and notes that timing has not been a strong suit. “The first year we farmed — 1976 — worst drought in 100 years, we started the year with nothing and ended with less than that,” he said. “In 1980, I bought my first land, and three years later it was worth half what I paid for it. Everyone else was turning their land back, and I couldn’t without starving my in-laws. We paid all that off. That took a decade.”

But he insists very little keeps him awake at night, except, perhaps, for the notion of a lot of people showing up at once at the cafe.

“Last Saturday, six people came in and I was panic stricken,” he says. “They didn’t all know each other, but everyone knew someone else there. They had breakfast and it was Saturday and they just sat and chatted and they kept getting coffee and I just went home thinking, ‘OK, that felt really good to give them this space to sit at. That’s why there’s a round table here. And it worked.”

Too many people in Minnesota’s rural communities don’t think they need that, he says. But Big Stone County “is going to be six farmers and a bunch of old people” soon if they don’t.

Maybe his idea will take hold and spread to other small communities. Maybe it won’t. But it’s worth a shot.

“It’s important to do something that scares you every now and then,” he says, before returning to work, checking the temperature of tomorrow’s yogurt.

Do you know of someone we all should meet? Who’s the most interesting person you know? Submit their name and tell me why