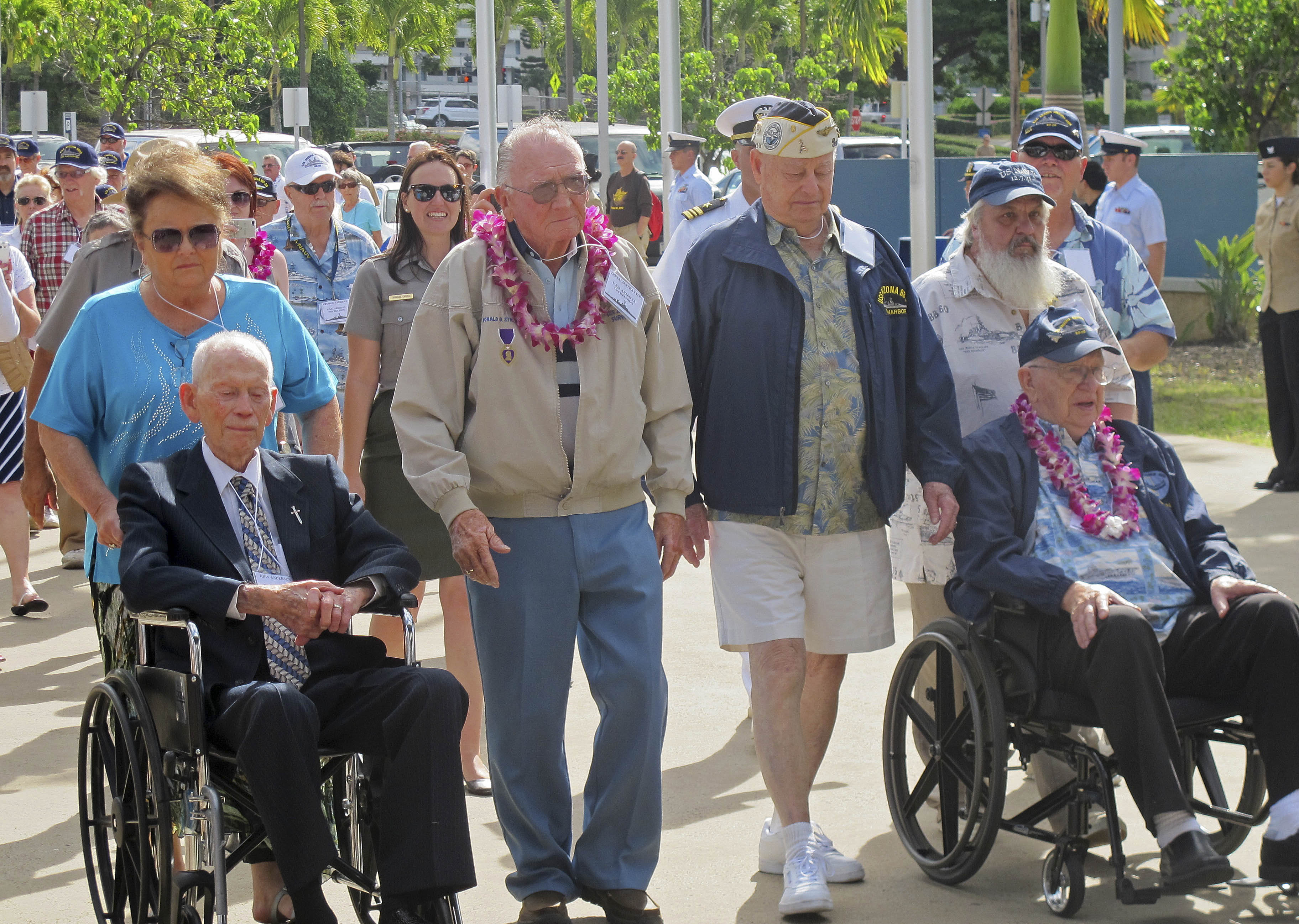 How different might the Greatest Generation have been had its members talked about what they went through in World War II?

That question continues to nag at us as the last of the reticent generation dies.

There are only a handful of survivors of the USS Arizona from the attack on Pearl Harbor 75 years ago next week.

And his family says Donald Stratton still jumps when there’s a loud noise, owing to the bomb that scored a direct hit on his battleship.

And only recently, CBS reported today, has he decided to talk about what happened to him.

There are only five survivors of the Arizona still living.