The agency today announced that “plowcams” are now going to be available on 511mn.org, its traffic website.

“The plow cams are another way for travelers to make good decisions about their travel plans during the snow and ice season,” said Kelly Braunig, 511 program manager. “If they go on the 511 site and see that travel is not advised, they can actually see an image of the road the cameras take as the plow is traveling. Seeing is believing.”

Are the masses going to consult the plowcam before deciding whether to drive? Probably not. There aren’t yet enough of them and, besides, the agency already provides traffic cameras showing spin-outs and crashes, and people still head for the roads during bad weather, where many of them spin out and crash.

Still, there’s certainly value to getting a closer look at the highway than the traffic cams can provide. They can go where there are no traffic cameras.

This afternoon, for instance, we learned there’s nothing to plow in Crookston. 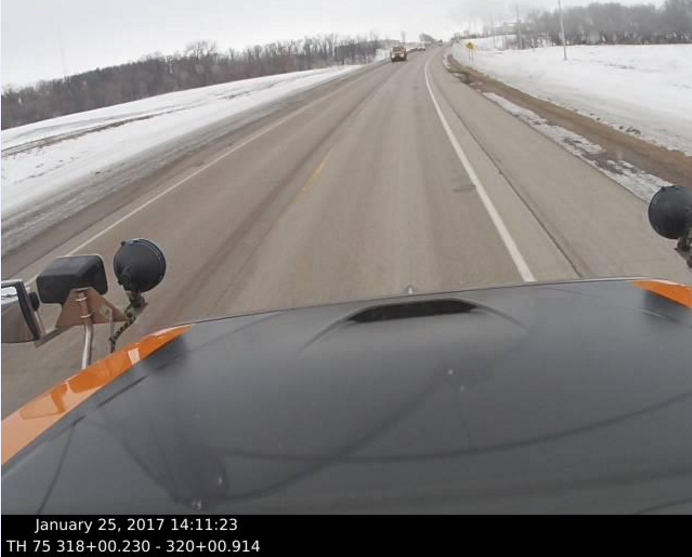 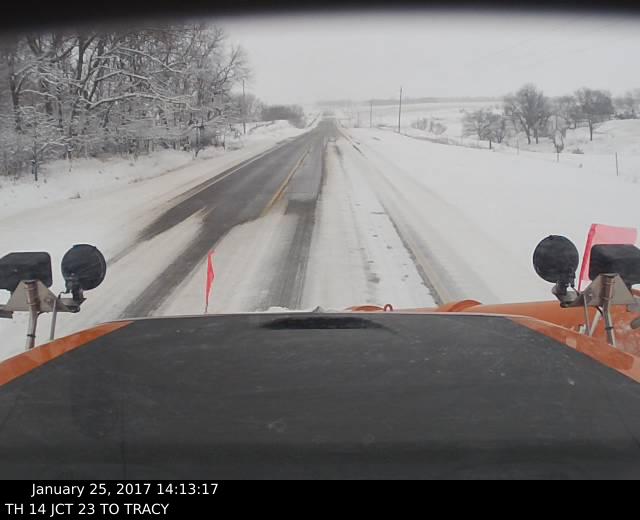 And in Dodge Center, we suggest giving the plow extra room. 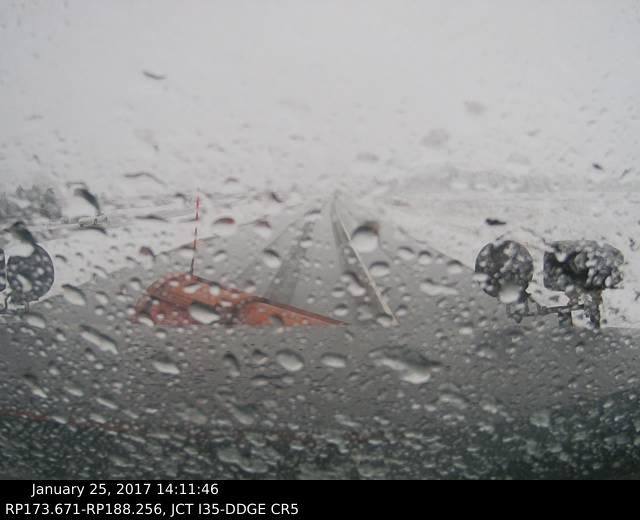 To access the plow cams, go to www.511mn.org and click on “Plow Cameras” on the left menu. A window will open to show photos and a map where the plow is. Underneath the current photo and map is a “film strip,” showing images every five minutes. The camera will activate when the plow is going at least 10 miles per hour or based on other filtering criteria.

Photos have captions that give the plow number, the date, time and location of the plow. Images will be displayed for two hours. If a new image is not taken for 15 minutes because, for example, a snowplow has stopped to refuel, the snowplow icon will be removed from the map until the plow is active again.

The active trucks displayed on 511 only represent a portion of MnDOT’s fleet for snow and ice and other maintenance activities. Not all of the cameras are fully implemented in the trucks, but 200 cameras were purchased for this winter season. MnDOT is in the testing stage this season, which will allow the agency to make decisions on whether to install additional cameras.