Kids learn a tough lesson: Some people are crooks

It’s awfully hard being a kid today. You have to learn some tough and painful lessons at too young an age.

In Mesquite, Texas, the kids have learned not to trust people with sad stories.

When Kevin MaBone, a teacher’s aide told school officials he needed to take a few days off this week for cancer treatment, word got around in a hurry. By last Friday, teachers and students raised $10,000 and presented a portion of it to him along with a car he needed.

Happy, feel-good times all around. 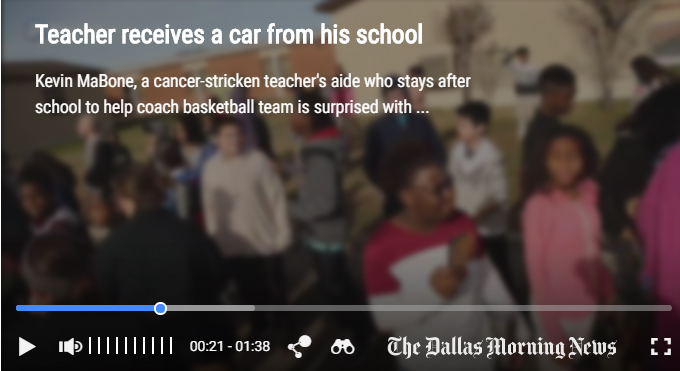 MaBone drove away smiling, all the way to West Virginia where he had a court date for misappropriating government funds. He doesn’t have cancer.

People who donated money on a GoFundMe page will get their money back. The kids who donated $2 each will not, the Dallas Morning News reports.

“You can’t believe anything,” said Wayne White, the father of a Wilkinson seventh-grader. “And it’s coming from the school. They think the school is everything.”

Gwen Jones wanted an apology from MaBone but said the funds were raised with good intentions and didn’t blame the school. But she said her daughters Emariah, 11, and Antejah, 12, won’t be as easily taken in the future.

“They were very emotional and excited when they came home Friday,” Jones said. “They said they did something good.”

“These kids were glad to help,” a parent said. “Through life, they’ll learn that not everybody is good people. And that’s the world we live in.”