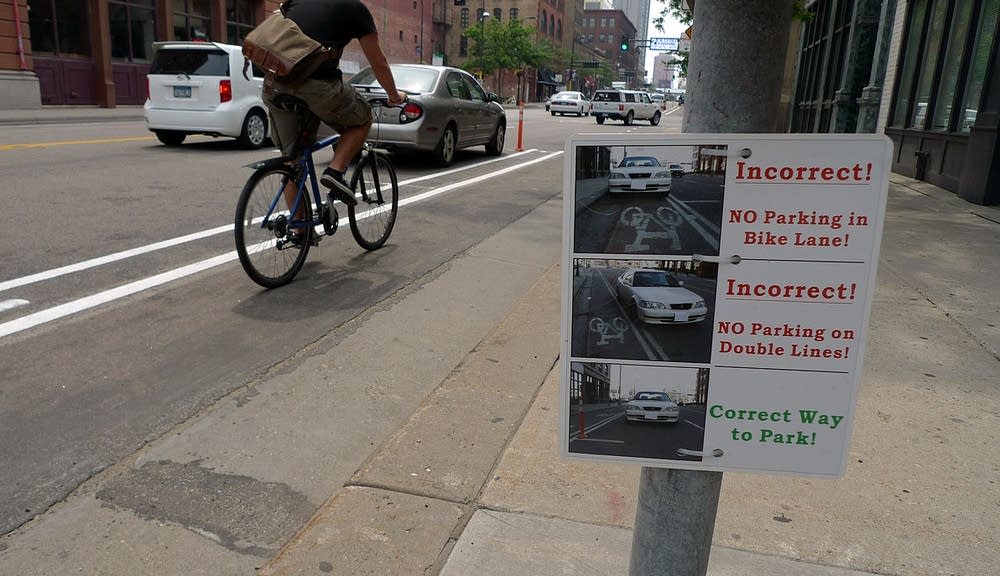 Rep. Duane Quam, R-Byron, has stirred up the cycling community with a bill filed at the Legislature today that regulates bike lanes.

The biggest problem with bike lanes in the Twin Cities isn’t bicyclists; it’s people who insist on parking their cars in them.

But Quam’s bill would require a permit for anyone who wants to ride in a bike lane and be at least 15 years old. It’s not clear where people under 15 — kids going to school comes to mind — are supposed to ride their bikes.

Those using the bike lanes would need to take a safety course, register their bikes, and pay an annual $5 fee.

The safety course must include:

Such a law, you may have noticed, would also add another ticky-tack violation to the list of reasons people can be stopped by police in the city.

The bill pertains only to areas with “structures devoted to business, industry, or dwelling houses situated at intervals of less than 100 feet for a distance of a quarter of a mile or more. In other words: Minneapolis and St. Paul.

In the realm of “unintended consequences” the bill has an obvious workaround: Ride in the lanes used by cars. It’d still be free and the drivers would just have to wait.

[Updating to add] In other transportation ideas for big cities from out-of-towners, Rep. Pat Garofalo, R-Farmington, has introduced the annual sign of spring: the bill raising the I-35E speed limit in St. Paul from 45 to 55 mph. As I’ve written before, it would save drivers approximately 1 minute.