A musical lesson in our ability to delude ourselves 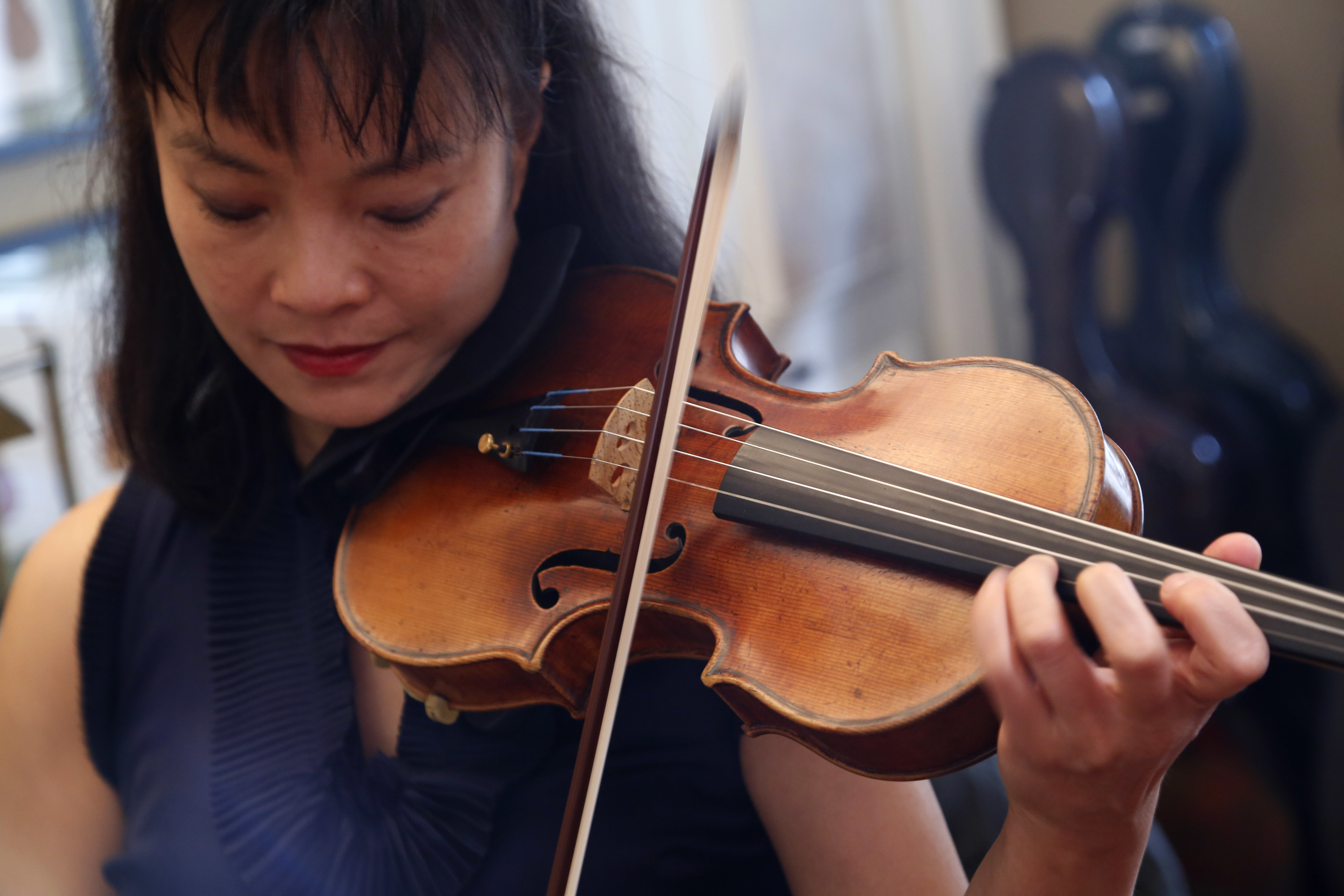 What’s in a brand? The difference in how you hear something, at least where a violin is concerned.

Antonio Stradivari made over 1,000 violins and violas and some of them still survive, like the one the family of NPR reporter Nina Totenberg had restored recently.

They fetch millions at auction. Players love them.

If we think someone is playing one of Stradivari’s creations, we’re also likely to think it sounds better than it really does.

The Atlantic reports on blind tests, the results of which are published today, that when it comes to sound, listeners and players most often pick a new one over the Stradivari model.

The third and latest study took place immediately after the second, in the same Parisian hall. This time, having considered the violinists’ perspective, the team focused on the listeners. Seven of the same soloists played excerpts of Tchaikosky, Brahms, and Sibelius on the various violins, always pairing an old instrument with a new one.

Concertmaster Frank Almond once said that “a peculiar (and sublime) aspect of great old Italian instruments is that the sound somehow expands and gains more complexity from a distance, especially in a concert hall.” But the audience in Paris almost always felt that the new violins projected better than the new ones, whether played alone or with an orchestral accompaniment. And when asked to guess whether each violin was old or new, the audience did no better than random chance.

Journalist Peter Somerford, who was one of the listeners, wrote, “When deciding between new and old, it was a challenge to banish some assumptions: why shouldn’t that dark, powerful, Guarneri-sounding violin with a lovely rich mid-range be a new instrument?” In fact, it often was. “The day was quite a revelation,” says Swan. “It seemed that we could all relax about the issue of projection, content in the knowledge that a good soloist and a good violin will succeed in being heard by a concert audience.”

A year later, the team repeated their experiment. They used a larger hall in New York, recruited more listeners—and got the same results. This time, they asked the listeners to judge every pair of violins and explicitly say which they preferred. The new ones won again.

What’s the takeaway for the rest of us?

We have the ability to delude ourselves, The Atlantic’s Ed Yong says. When we are not blindfolded, our anticipations influence our perceptions.