MN legislator provides a lesson in the new politics

Unwittingly, perhaps, Alexandria state Rep. Mary Franson provided students from Alexandria Area High School with a reality check about politics in 2017: Elected representatives serve only the people who voted for them and agree with them, the principles of America be damned.

She wasn’t likely to agree with anything a Democratic students group had to say if she’d granted their request to meet with her recently. Typically, politicians have smiled dutifully and sent opponents on their way. So why waste time on the niceties?

The group said it made about 10 calls to her office seeking a meeting, but got no response. That’s when they took their case to Twitter. Franson, was having none of it.

Franson said one of the group’s members was raising money for her opponent in next fall’s election.

The young Democrats compared the response to everything their civics classes taught them. 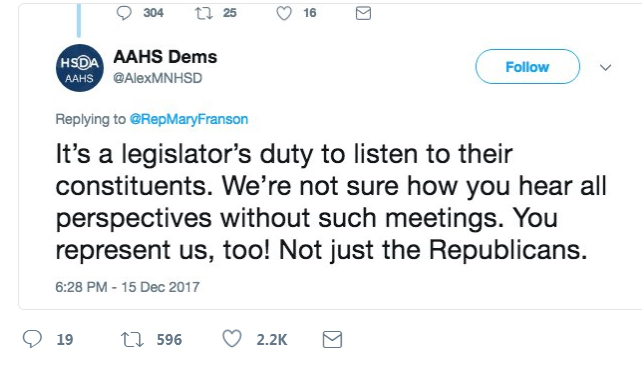 Franson, who has tweeted and Facebooked herself into controversy fairly regularly, didn’t back down in the face of nationwide criticism. Yesterday she said meeting with her political opponents would make her a bully. 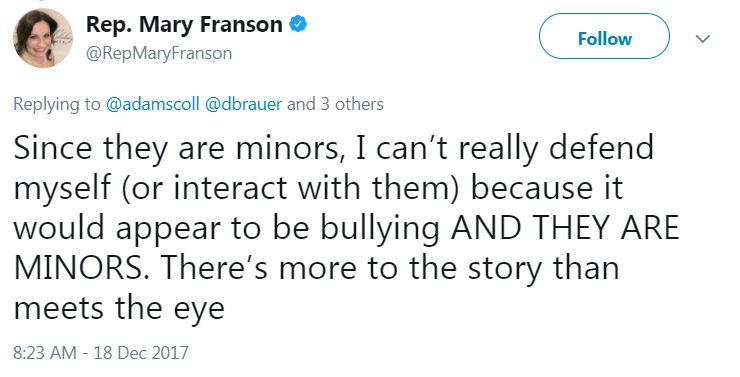 Franson said if the young Democrats wanted to talk to her, they could show up at any public event of hers although she later suggested that probably wouldn’t work either. 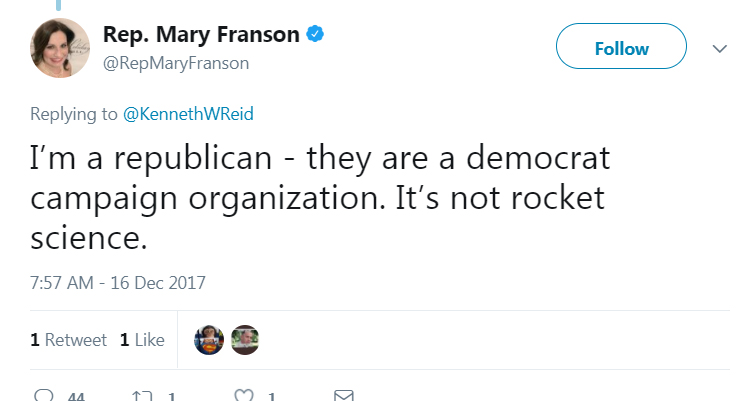 That’s not exactly how Franson saw it, however, when she talked to Fox 9 News.

“It ended up blowing up with others making comments — we didn’t expect that at all,” Emma Reilly, a co-founder of the student group of about 15 members, tells the Alexandria Echo Press. “We didn’t want it to get as big as it did.”

Franson told Fox 9 News she’d consider meeting with the students at their school if their parents were nearby.