The wisdom of a dying man 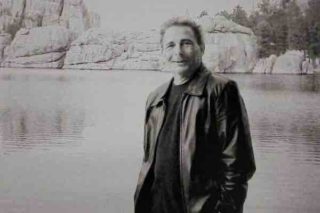 Jim Walsh has penned a loving tribute to his friend, Norm Rogers, who died on Monday night. Rogers was the the drummer for the Neglecters, Jayhawks and Cows.

So in Rogers’ last days, a road trip was in order for Walsh and his brother, he writes in the Southwest Journal.

He hit the bottle hard after losing his job at Brit’s in downtown Minneapolis, writes Walsh, as fine a writer as the Twin Cities has ever spawned.

His family moved him to Sioux Falls where he got sober. Then he had a stroke.

These next three paragraphs should be required reading for everyone in a nation teetering on a precipice.

One life can give so many gifts, a sad fact that we realize profoundly when death comes calling. For one example, Norm’s terminal illness gave us the chance to tell him what he meant to us, to hug him and say our long goodbyes, and it gave me and my big brother a chance to go on a road trip and talk about Norm, family, friends and everything under the sun. I’ll always cherish that trip, thanks to Norm.

He and Jay were band mates and fellow philosophy majors at the University of Minnesota, and the hours flew by. We met his niece and visited her home, and a few weeks later Norm’s Sioux Falls and Minneapolis families gathered at Brit’s. The Irish wake humor was in full effect throughout the night, with many old punks making the joke that we’re seeing more friends at funerals than rock shows these days, and the truth is that there is a similar carpe noctem to both.

Tears. So much of our time is spent these chaotic days with our armor up, thick skins getting thicker, numbed by the news of the day, suspicious of humanity itself, wary of love and human connection, all of us all the while trying fruitlessly to come to grips with getting older and pain and loss, and then the news of an old buddy dying pricks your skin and penetrates your heart and leaves you blubbering and opens you up to let life back in, just like Norm said we should.

On the night of Rogers’ death, Walsh went to First Avenue for a birthday party for the club’s stage manager. He moved close to the stage when a band played so he could feel the drum beat in his heart.

“And hell if it didn’t sound like a heartbeat, the one we’re all attached to, the one that never stops,” he writes.