This is a test of your cuteness detector. This is only a test. 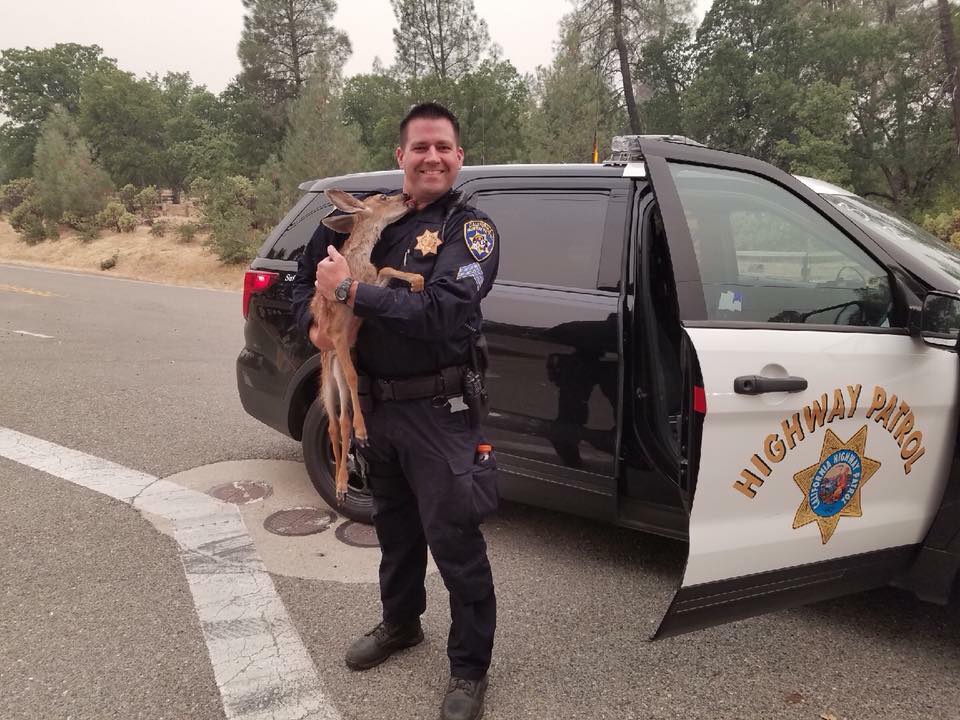 The fawn, a victim of the northern California wildfire, was evacuated to safety without a mother, the California Highway Patrol said on Facebook.

The photo, as the kids say, has gone viral.

The Carr Fire has forced tens of thousands of people to flee their homes and has killed at least six people. Two firefighters were killed battling the blaze.

The fire is so hot, it’s creating its own weather system, CNN reports.

The fire started last Monday when a vehicle “suffered a malfunction,” according to authorities.