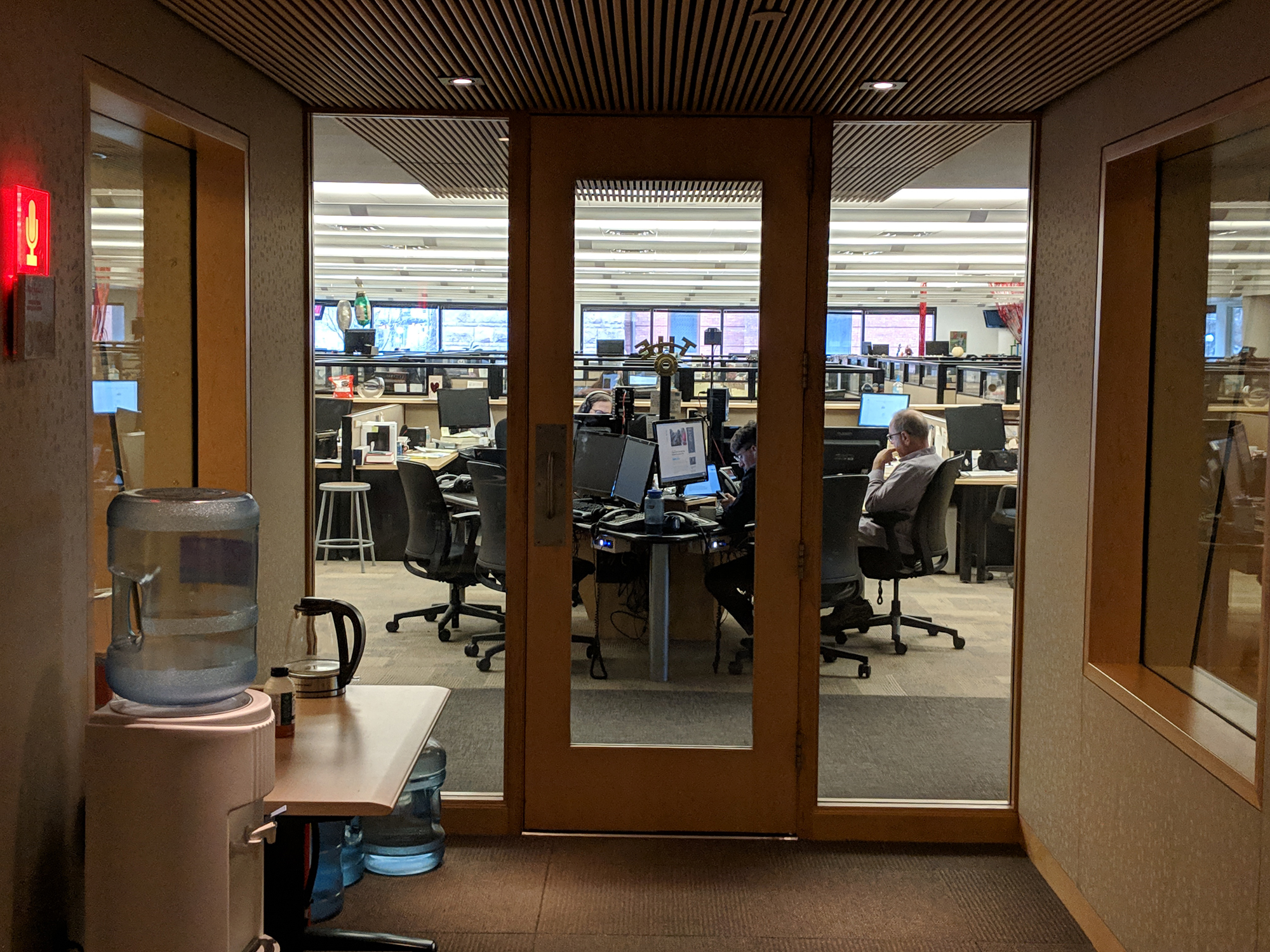 Monday March 25, 2019
(Subject to change as events dictate. This page is updated throughout the day.)

9:15 a.m. – Stephanie Curtis is joined by two experts to answer your questions about Attorney General Barr’s summary of the Mueller report.

10 a.m.- 1A with Joshua Johnson
Attorney General William Barr has released a letter summarizing the Mueller report. Barr and Deputy Attorney General Rod Rosenstein spent the weekend reviewing the principal findings of the document, and released this letter on Sunday afternoon.

We bring you the latest on the report, plus reaction from across the political spectrum. What does it mean that Mueller’s report is wrapped up? What other investigations still linger over the president?

Guests: Shane Harris, intelligence and national security reporter, The Washington Post; Future of War fellow, New America; author, ‘At War: The Rise of the Military-Internet Complex’ and ‘The Watchers: The Rise of America’s Surveillance State.’

11 a.m. – MPR News with Angela Davis
Host Angela Davis will sit down with Nikki Farago, the assistant commissioner for Children and Family Services, and Wendylee Raun, education coordinator for MN Adopt, to talk about foster care in Minnesota.

11:30 a.m. – Mark Mallman explores the effects of happy music, the music scene in Minnesota, and how grief manifests itself in day-to-day activities in his new memoir, “The Happiness Playlist.”

12 p.m. – MPR News Presents
REVEAL received a secret recording of a 2017 Independent Petroleum Association of America meeting. Oil executives are heard discussing David Bernhardt, now deputy secretary of the Interior and a former industry lobbyist. In the recording, the executives call Bernhardt a close friend and rejoice over their unprecedented access. President Donald Trump has nominated Bernhardt to replace Ryan Zinke as department head, and confirmation hearings will be held this week.

1 p.m. – The Takeaway
With Robert Mueller’s report delivered to Attorney General William Barr, The Takeaway discusses what’s been revealed, what hasn’t, and what the closing of the Special Counsel’s investigation means for both the Trump presidency and the country as a whole.

An update of the Boeing situation. Last week, family members of the first Boeing 737 Max 8 crash (which happened in October, off the coast of Indonesia), filed two new lawsuits against the company. More than 30 relatives of those who died in the October crash have sued Boeing since December. Other attorneys have prepared a lawsuit for the Ethiopian crash from earlier this month.

Bangladesh has completed some construction as part of a plan to relocate 100,000 refugees to a remote, monsoon-prone island in the Bay of Bengal. Refugee activists have criticized the decision, saying that they didn’t get a chance to weigh in.

2 p.m. – BBC NewsHour
A rocket was launched from the Gaza Strip reaching Tel Aviv for the first time in years; the embattled UK Prime Minister briefed her cabinet on how she plans to break the deadlock over Brexit, while Parliament is planning to wrest control away from the government; Britain’s Prince Charles and his wife arrived in Cuba, to promote closer ties with the communist country.

3 p.m. – All Things Considered
The Mueller report fallout; a suicide in Parkland; US-China trade deal; what it means to be an independent artist; flooding update.

6:00 p.m. – Marketplace
The story of one man’s cheesy love of one British dairy product and what it might tell us about life in the UK after Brexit.

6:30 p.m. – The Daily
Attorney General William P. Barr sent a letter to Congress summarizing the findings of the special counsel investigation: no evidence of coordination with Russia, but a more complicated story when it comes to obstruction of justice.

Guests: Maggie Haberman, who covers the White House for The New York Times; Michael S. Schmidt, who has been covering the special counsel investigation for The Times.

7 p.m. – The World
The US relationship with Russia is top of mind this morning after a weekend of digesting the scant information that the Attorney General’s Office made public about the Mueller investigation. We’re getting out of Washington and heading to Moscow, where our reporter Charles Maynes explains the Russian point of view on the story. Host Marco Werman also talks with former US Ambassador to Russia Michael McFaul about the fallout from how this story has further damaged US-Russian relations.

And The World’s Lydia Emmanouilidou and Orla Barry take us through what we know now about the extent of Russian interference and the thorny connections with WikiLeaks that left many Americans doubting the 2016 election outcome.

Also in today’s show, a fight for the future of Algeria. Young people there have only known one president: Abdelaziz Bouteflika, who’s been in office since 1999. Five weeks ago, students took to the streets demanding more open, responsive government, and while Bouteflika has promised reforms, the youth movement says that’s not enough. The World’s Lucy Martirosyan and Chris Woolf talk with protesters and explain how this moment could turn out to be a historic turning point for Algeria.

And, we wig out in New York City with Orthodox Jewish women. Alina Simone reports on the cultural questions that arise when women abide by the tradition of covering their hair, but do so using wigs so fashionable that they would have made the original Torah writers raise an eyebrow.

8 p.m. – Fresh Air
J.M. Berger is an expert on extremist movements, including ISIS, far-right groups, and White Nationalists. He is a research fellow with VOX-Pol a European group that researches violent online political extremism. Berger is the author of the book Extremism, and the co-author of ISIS: The State of Terror. He also writes for The Atlantic and Politico.