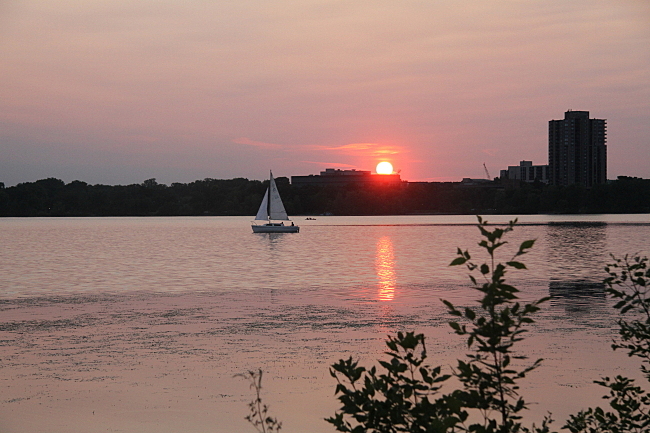 The Minnesota Court of Appeals on Monday renewed the debate over the renaming of Minneapolis’ Lake Calhoun to Bde Maka Ska, overturning a Ramsey County District Court ruling that had derailed a challenge.

The name was changed after three years of efforts to return the name of the lake to its original name, rather than the one it had held, honoring slavery defender John C. Calhoun, a former vice president under John Quincy Adams and Andrew Jackson. Calhoun was also the architect of Native American removal as secretary of war under President James Monroe.

The pro-Lake Calhoun organization — Save Lake Calhoun, an organization funded by Linden Hills venture capitalist Tom Austin — has argued that the Minneapolis Park Board, Hennepin County, and the Department of Natural Resources did not have the authority to change the name.

The DNR had argued the entire question is moot because the U.S. Board of Geographic Names changed the name of the lake to Bde Maka Ska in 2018. A Ramsey County district court judge agreed.

But the Court of Appeals has reinstated the challenge because the Department of Natural Resources decision is “an ongoing use of power.”

“The DNR commissioner’s decision to change the lake name pursuant to section 83A.02(1) does not resolve the question of its authority to do so,” Judge Heidi Schellhas wrote on behalf of the three-judge panel.

“Although the lake name has now been changed, the DNR commissioner’s authority to exercise this power persists,” she said (see ruling).

At issue is this provision that gives the DNR the authority to change the name of waterways:

I take heart in the fact that every democratically elected body and the Commissioner of the DNR has supported the name restoration.

While it saddens me that 318 property “owners” on stolen Dakota land around Bde Maka Ska calling themselves “Save Lake Calhoun” have prevailed at this stage, I know that we’re standing on the right side of history and that its arc bends towards justice.

In the meantime, as president of the Minneapolis Park and Recreation Board, I have no intention of spending any public resources honoring Vice President John C. Calhoun’s blood-soaked legacy of systemic violence against all our communities.”

The Minneapolis Park and Recreation Board is not party to the lawsuit and is encouraging the Department of Natural Resources Commissioner to appeal this ruling. The MPRB is not changing signage.