A rat and aardvark got married, and it’s too hot for Alabama 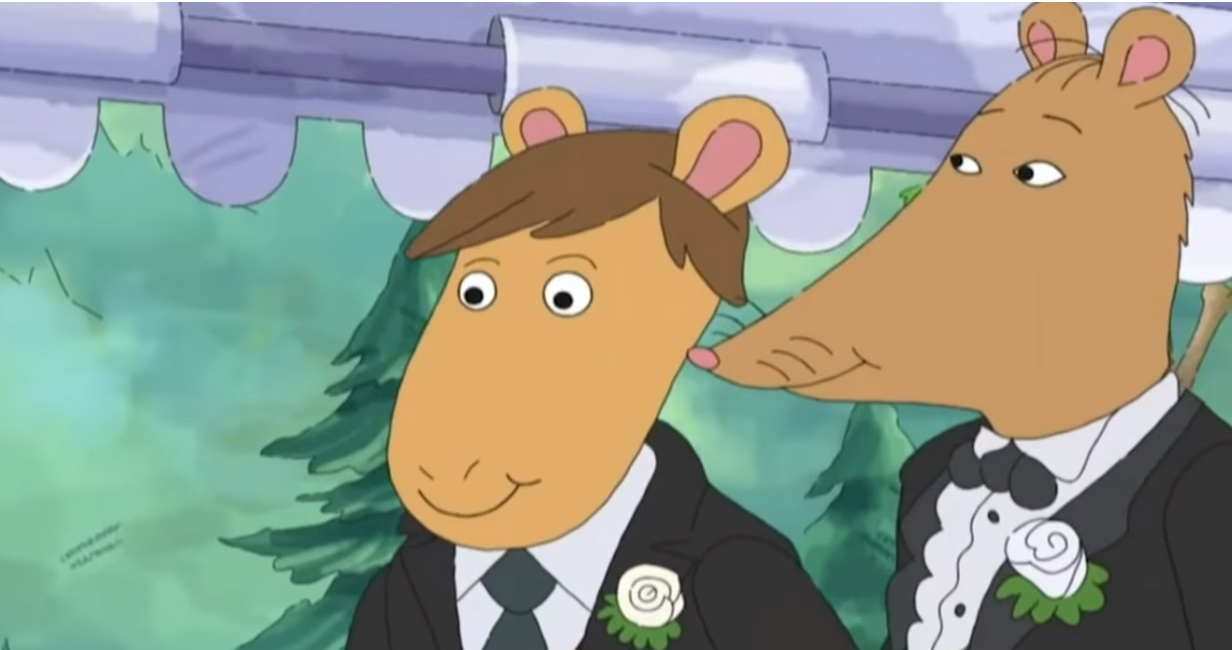 A rat and an aardvark got married in a cartoon and that’s too hot to handle for the children of Alabama.

See, the fictional characters are in an episode of “Arthur,” which shows the main character’s teacher getting married to another male.

To Alabama’s kids apparently, it’s perfectly normal for interspecies matrimony, for a rat to speak and be a teacher and for a rat and aardvark to wear coats and ties. But the kids are going to be confused that the animals getting married are both male.

That’s too much for Alabama Public Television, which will not broadcast the episode.

And there’s the problem — admittedly some don’t see it as a problem — of parents parking their kids in front of the TV and then going off to do whatever parents in Alabama do.

“More importantly — although we strongly encourage parents to watch television with their children and talk about what they have learned afterwards — parents trust that their children can watch APT without their supervision. We also know that children who are younger than the ‘target’ audience for ‘Arthur’ also watch the program,” McKenzie said, according to Alabama.com.

A substitute teacher in McCalla, Ala., decided to tune in for the episode and stay with her daughter to talk about what they would see. They were disappointed that a rerun was shown instead.

“I just want her to be aware,” Misty Souder told AL.Com, while capturing the news-quote-of-the-year award for 2019.

“I never thought I’d be going to battle for a gay rat wedding, but here we are,” she said.