At the baseball stadiums, patriotism is always on sale

It’s Memorial Day weekend, the annual tradition in which sports teams and businesses can cash in on the sacrifice of soldiers. 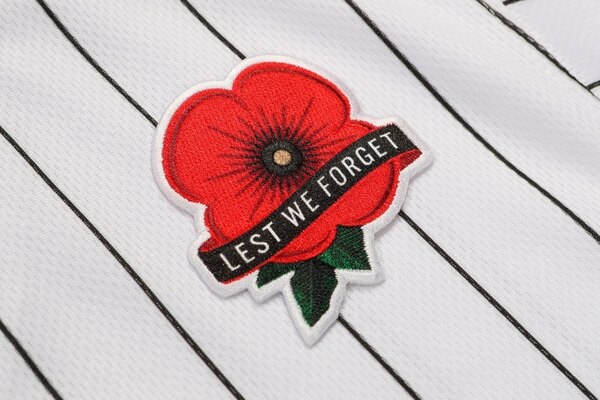 Nick Francona, the son of Cleveland Indians manager Terry Francona, says he put together a document when he worked for some Major League Baseball teams on how this could be done the right way: stop making it so obvious you’re just trying to sell stuff. Like this:

Francona, whose bona fides include a tour in Afghanistan as a marine, tells Uni Watch’s Paul Lukas it’s patently offensive to the military. Or should be.

It’s like, really? That is so tone-deaf. I mean, that is just patently offensive, to suggest that that’s even approaching anything like a dignified way to memorialize people. And now it’s not just camouflage caps and jerseys — you have the camouflage eye black, the cleats, the socks, the arm sleeves. It’s turning into dress-up at Halloween. And what you don’t see, through any of this, is any acknowledgment of “This is so-and-so who died. This is their name and their story.” These are real people who died, they have families left behind. And when you actually talk to the families, they care about their lost loved ones’ stories and keeping their names alive. They don’t care about camouflage.

And it’s not just the camo itself — it’s how it’s presented. When you have to really dig and find the fine print that says they’re donating the proceeds — and even then, the fine print is basically “Take our word for it, we’re donating to charity” — that’s problematic. Nobody would look at that and say it looks like a benevolent charitable campaign.

How much of the cost of a jersey or hat actually goes to a charity benefitting the military and its veterans? Major League Baseball won’t say, Francona says.

It might well be they don’t know where the money goes.

“From the best I can tell, for a while it was being done through the McCormick Foundation, which had a program called Welcome Back Veterans,” he said. “But when I started digging into it, what I found is that Welcome Back Veterans is basically a phrase and a program, but there’s no entity, no organization, no board — nothing by that name. And I asked MLB, “Who’s in charge of this? Who runs Wecome Back Veterans?” And they had no earthly idea, because there isn’t anyone in charge. It’s not a registered entity — it’s just a tag line.”

How could this be done better?

Be transparent about where the money goes. And have it go to charities that plainly exist.

One that I particularly like is the Travis Manion Foundation. The guy it’s named after, Travis Manion, was a Marine lieutenant who was killed in Iraq. And one of the things they do is help veterans participate and play meaningful roles in their communities, and really bridge the gap between the military and civilians. And one thing I love about them is that it’s not limited to veterans — civilians can go join that as well. That gets to the bigger picture of what I think is missing in a lot of this discussion, creating that bridge between the military and society. Like, instead of supporting our troops by buying a hat, how about if we support them by being educated voters on the issues that affect them.

Francona, for the record, isn’t buying the notion that Major League Baseball has turned the corner from profiting off dead soldiers.

“It’s definitely a step in the right direction. But to me it’s nakedly transparent that they wouldn’t have made this change if they hadn’t come up with this other holiday, Armed Forces Day, that lets them sell camo stuff,” he tells Lukas. “So I don’t think the folks at MLB sat down and said, ‘How do we appropriately celebrate Memorial Day?’ I think it was more like, ‘How do we sell camouflage hats and get away with it, now that we’ve been criticized for how we handle Memorial Day?’”