Democrats brace for the comeback of Al Franken 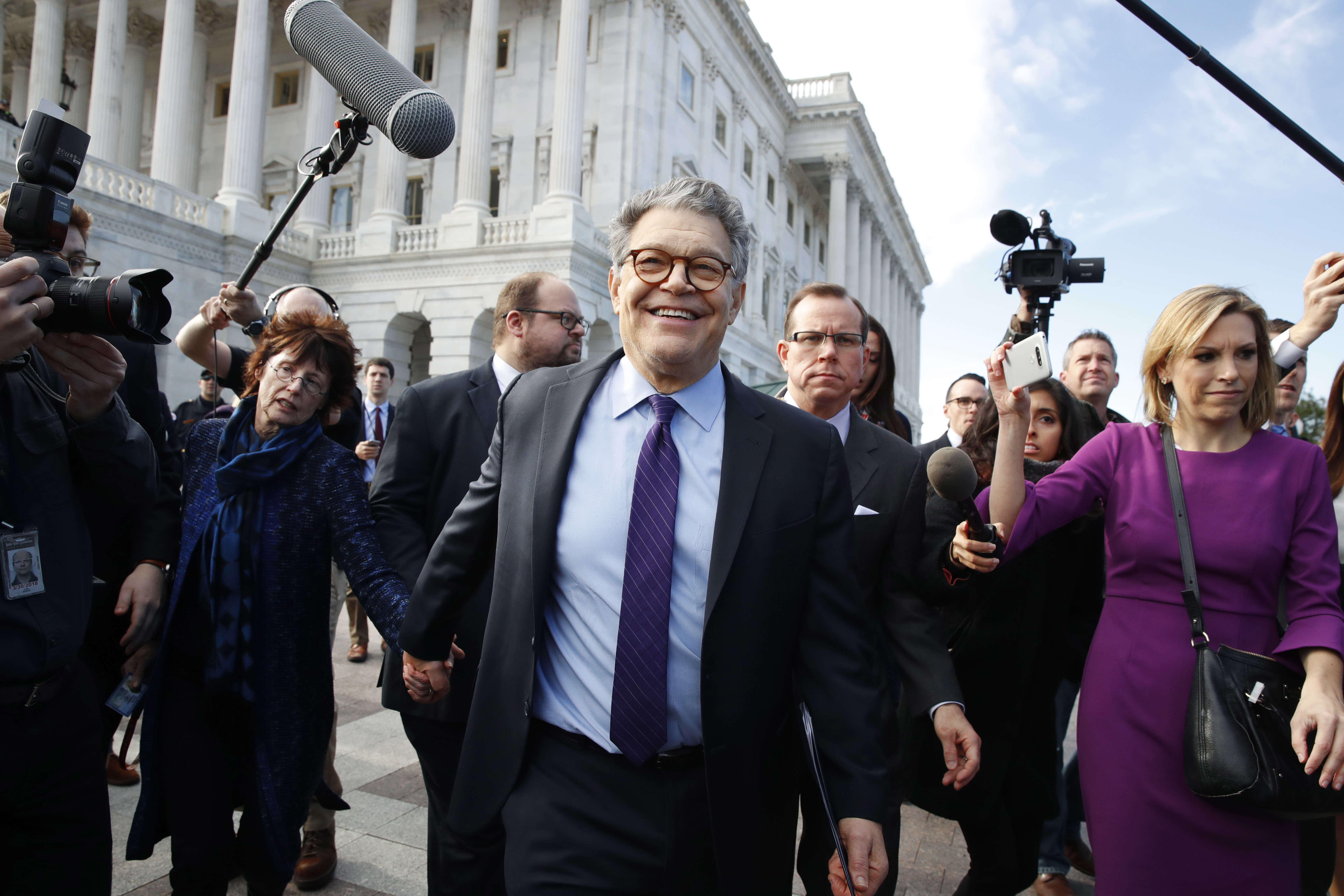 When he resigned from the U.S. Senate in January 2018 at the height of #MeToo amid allegations of inappropriate behavior, Al Franken said he wasn’t going away. So it seems somewhat absurd that anyone is surprised that he’s reappeared in public life with his new podcast, similar to his pre-Senate “Air America” days.

Franken isn’t talking about the quick push by Democrats to get him out of the Senate — led by presidential candidate Sen. Kirsten Gillibrand, D-N.Y., who provided the final shove — but whether he paid too high a price is still being debated, the Washington Post says.

Gillibrand, who’s struggled to distinguish herself in a crowded field, is asked about it on the campaign trail all the time, the Post says.

Franken isn’t talking publicly. Privately, the paper says, “he can’t shut up about it.”

“Regardless of whether you think it was right or wrong for him to leave the Senate, his voice is missed in the midst of this Trump-created crisis of democracy we’re living through,” said Stephanie Cutter, political consultant and former deputy campaign manager for President Barack Obama.

The podcast, which quickly has become one of the most popular political podcasts, appears to be a first step to “getting back in the fray.” But what’s the second step?

“I think he made out like a bandit,” said Tina Dupuy, a former congressional staffer who accused Franken of grabbing her waist during a photo in a way that made her uncomfortable. “He’s not the victim here. And now we’re talking about a comeback without him even being fully honest about what he’s done.”

Hilary Rosen, a Democratic consultant, says that for Franken to be fully welcomed back into the fray, he needs to take responsibility for why he’s no longer in the Senate. Too many people, Rosen said, are blaming Gillibrand for his resignation, putting responsibility onto a woman for the actions of a man.

“He never comes to her defense,” Rosen said. “I’ve heard through the grapevine that he blames her and is resentful. Shame on him.”

Franken, in refusing to talk to the Post, indicated that he’s not going to be a shrinking violet among Democrats.

“I can’t explain it right now,” he said. “There will be a certain point I give my first interview, and when it happens, I think you’ll understand.”