In first pitch attempt, woman throws like a rapper

Up until Tuesday evening, 50 Cent held the distinction of throwing the worst first pitch in the history of all ceremony.

Sit down, 50 Cent. Meet Nameless Woman, who had never thrown a baseball in her life, apparently, and wasn’t all that interested in the guy she plunked. (Update: The Chicago Tribune reports she apparently received the first-pitch honor for being White Sox “employee of the homestand”.)

You can just leave this on autoplay for the full effect.

If the White Sox photographer had waited another half second, he’d have gotten a classic shot. As it is, he at least captured why the attempt was doomed right from the start. 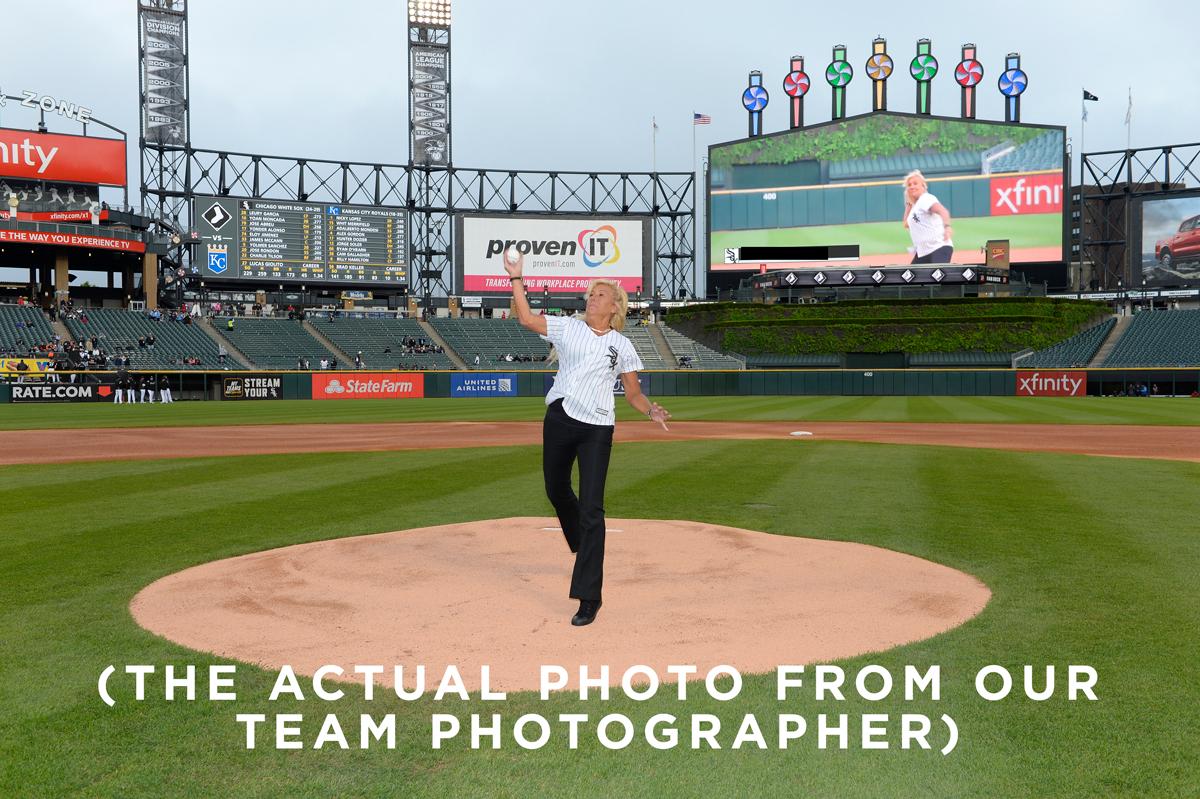 As long as we’re on the subject and at the end of the NewsCut road, here’s a request: The week NewsCut started in 2007 I threw out the first pitch at a St. Paul Saints game at Midway Stadium (I’m pretty sure MPR paid the Saints for me to do that).

There were photographers taking pictures, but I never saw a photo and it’d be a nice thing to take with me into retirement. For a time reference, it was the same game that Al Franken also threw out a first pitch (and brought an aide with him to warm up first).

For the record, I nailed it. Solid heat.