1) IS THE AMERICAN DREAM DEAD? 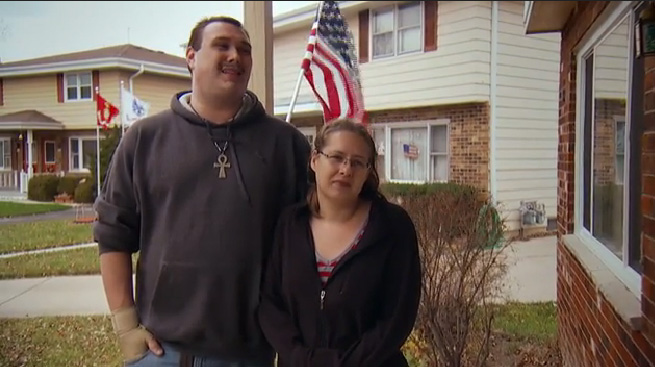 It was an extraordinary, and certainly depressing, Frontline episode on PBS last night as Bill Moyers stitched together more than 20 years of following two Milwaukee families and their descent into poverty at the hands of a reality they couldn’t control (“Two American Families“).

They had good jobs, and they were doing everything right; they worked hard — harder than people better off than them — they raised their kids well, they tried to keep up with bills and asked for some cooperation when they couldn’t, but the employers chased lower labor costs elsewhere and the middle class — their version of it — was killed off. One lost a marriage and a house.

It’s a story we’ve heard before that still leads to a question that’s been asked before: is there anyone with the power to make a difference who is embarrassed by this enough to try?

The question isn’t why do people fall through the cracks, the program said, but why are there so many cracks?

Is there any reason for hope that America can be something better than this? There’ll be a live chat at 1 p.m. (CT) today to consider the question.

I asked it of the film’s producer last night on Twitter.

2) FORGETTING HOW TO FLY

We’re a long way from finding out for certain what happened in the crash of a jet in San Francisco, but yesterday the National Transportation Safety Board raised the possibility that the role of technology played some part in it, the New York Times reports today.

Investigators in the cockpit of the wreckage found the auto-throttle switches set to the “armed” position, meaning that the auto-throttle could have been engaged, depending on various other settings, she said. The disclosure is far from conclusive, but raises the clear possibility that there was a mechanical failure or that the crew misunderstood the automated system it was using.

The chairwoman, Deborah A. P. Hersman, also said that interviews of the three pilots who were in the cockpit at the time of impact showed that the speed indicator on the flat-panel displays in the cockpit had drifted down into a crosshatched area, meaning that the instruments were saying that the plane was moving too slowly.

How could pilots have determined a machine was letting them down? By looking at the plane’s airspeed indicator, a fairly natural and instinctive process for most pilots.

The revelation reopens a broader issue that experts have raised as jetliners become more technically sophisticated — our tendency to cede authority to technology and assume it knows what it’s doing.

The new draft study by the FAA says that pilots often “abdicate too much responsibility to automated systems.” It also found that in more than 60 percent of accidents pilots had trouble manually flying the plane or made mistakes with automated flight controls.

“They can get rusty if they don’t be responsible and go back and manipulate the controls of that airplane manually once in a while so they can see how that airplane actually flies,” said Kevin Hiatt of the Flight Safety Foundation. “You still have to have the living breathing pilot there to make sure that that airplane operating in as safe a manner possible.”

Kay declined to discuss the San Francisco crash when he was contacted yesterday.

Are we a more crooked species than ever before? A lot of people apparently think so.

Fifty-three percent who responded to a global public opinion survey said they believe that corruption in their country has increased or ‘increased a lot’ in the past two years, APM’s Marketplace reports.

In the U.S., people said political parties were the most corrupt institution; 64 percent of Americans think the government is run by a few big special interests.

Gee, Saint Paul, you just try to find a little lunch and the next thing you know you’re forced to contemplate all of the things in your life you haven’t achieved yet.

The Pioneer Press reports on an art project outside a construction project in the former Northwest Bank building skyway. The “Before I Die” project started in New Orleans when a woman sprayed the walls of an abandoned house to create a “chalkboard” and asked, “Before I die I want to … .”

There are now Before I Die murals all over the world.

“Let’s think about what’s most important in life,” said Mark Haugen, a project volunteer and cofounder of GoSaintPaul, an organization that creates public art.

The project’s popularity has been “awesome,” said Shawn Wiski, the building’s property manager.

Workers are renovating a large skyway retail site in the Fifth Street building, and Wiski wanted a way to liven up an otherwise boring 36-foot-long white construction wall. An earlier mural was replaced Monday with the “Before I Die” project, which will stay up another six weeks. 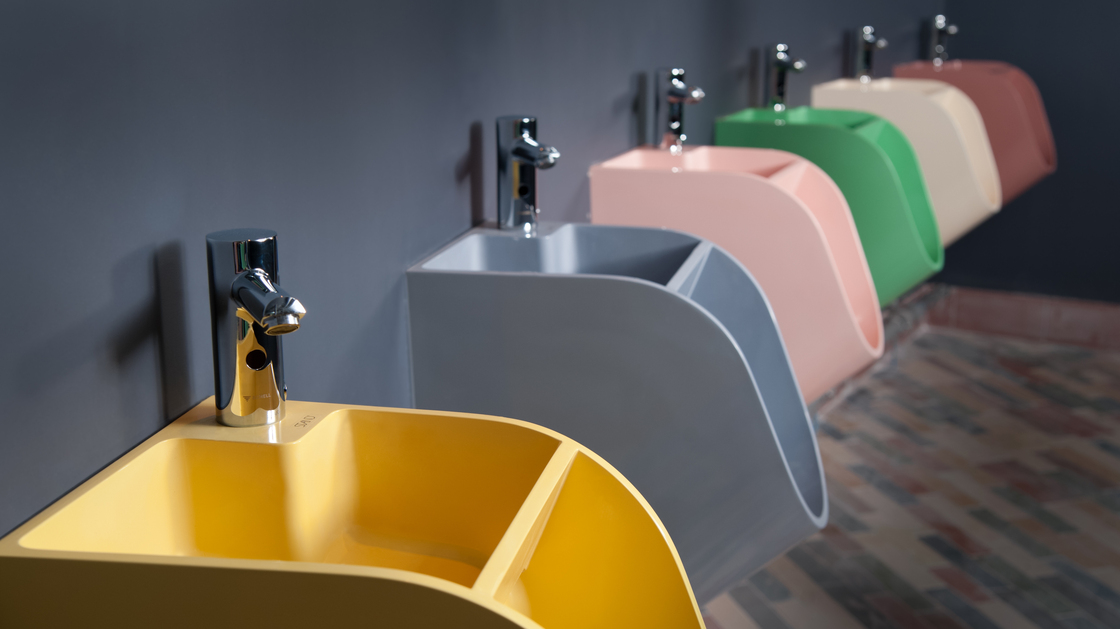 NPR has the scoop on a Latvian designer — Kaspars Jursons — who is trying to help solve European water shortages by redesigning the men’s restroom. His new urinal design includes a sink over it so you can wash your hands, and the water flushes the urinal.

Brilliant. And the comments section of the story is comedy gold.
.
Bonus I: Facebook's Advanced Graph Search is Rolling Out Now. Should You Be Worried or Excited? (Inside the Nerdery)

Bonus III: It was Mud Day yesterday in Detroit.

TODAY’S QUESTION
Do dropping numbers of wolves in Minnesota change your view on the hunt?

MPR News Presents (12-1 pm): From the Aspen Ideas Festival: The role of journalists in the age of Wikileaks and Edward Snowden. Panelists are Howard Fineman of Huffington Post, Heidi Moore of The Guardian, Ruth Marcus of Washington Post, Noah Feldman of Harvard Law School and Jeff Rosen of George Washington University.

The Takeaway (1-2 p.m.) – Report provides details of Bin Laden’s life on the run, House GOP holds closed-door meeting to discuss immigration, should the U.S. be doing more in Egypt?

All Things Considered (3-6:30 p.m.) – Uncle Sam no longer wants young adults just for the military; he wants them for the federal health care overhaul. The health insurance premiums of younger, healthier residents will be important to balancing the cost of covering older, sicker Americans. MPR’s Elizabeth Stawicki will have the story.

Nikki Tundel says six members of the Oromo Young Generation of Minneapolis partnered with the city’s American Swedish Institute to create the exhibition Dressing Oromo. It highlights the clothing and culture of the often-overlooked Oromo nation, which has its borders within present-day Ethiopia.

The decisions written by Supreme Court justices can be dramatic. Perhaps even operatic when it comes to the dueling rhetoric of Antonin Scalia and Ruth Bader Ginsburg. These ideological opponents have inspired an opera, and they were recently treated to a preview. NPR will have the story of an opera of supreme disagreements