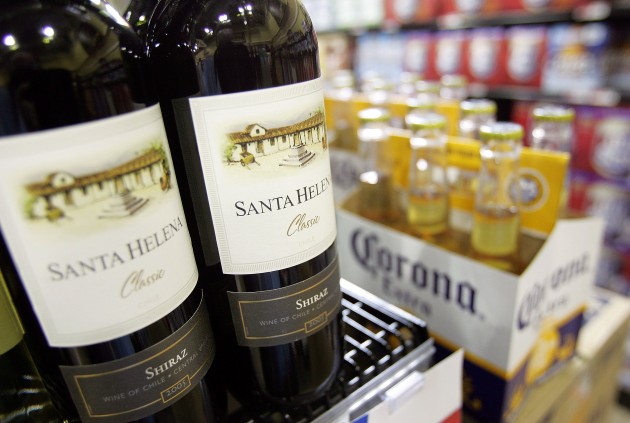 A new nationwide Gallup poll shows that beer and wine are roughly equally popular among drinkers. Beer has traditionally been America’s favorite swill. 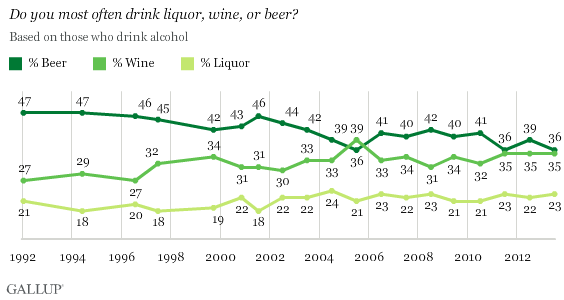 Young adult drinkers’ alcoholic beverage preferences have changed dramatically over the past two decades. In the early 1990s, 71% of adults under age 30 said they drank beer most often; now it is 41% among that age group. There has been a much smaller decline in the percentage of 30- to 49-year-olds who say they drink beer the most, from 48% to 43%, with essentially no change in older drinkers’ beer preference.

Younger adults’ preferences have shifted toward both liquor and wine, but more so toward liquor, over the past two decades. Those between the ages of 30 and 49 have moved exclusively toward liquor. Older Americans now increasingly say they drink wine most and are less likely to say they drink liquor most.

The new poll didn’t include geographic data, but a similar poll in 2011 found that beer (46 percent) still had a healthy lead over wine (31 percent) in the Midwest.