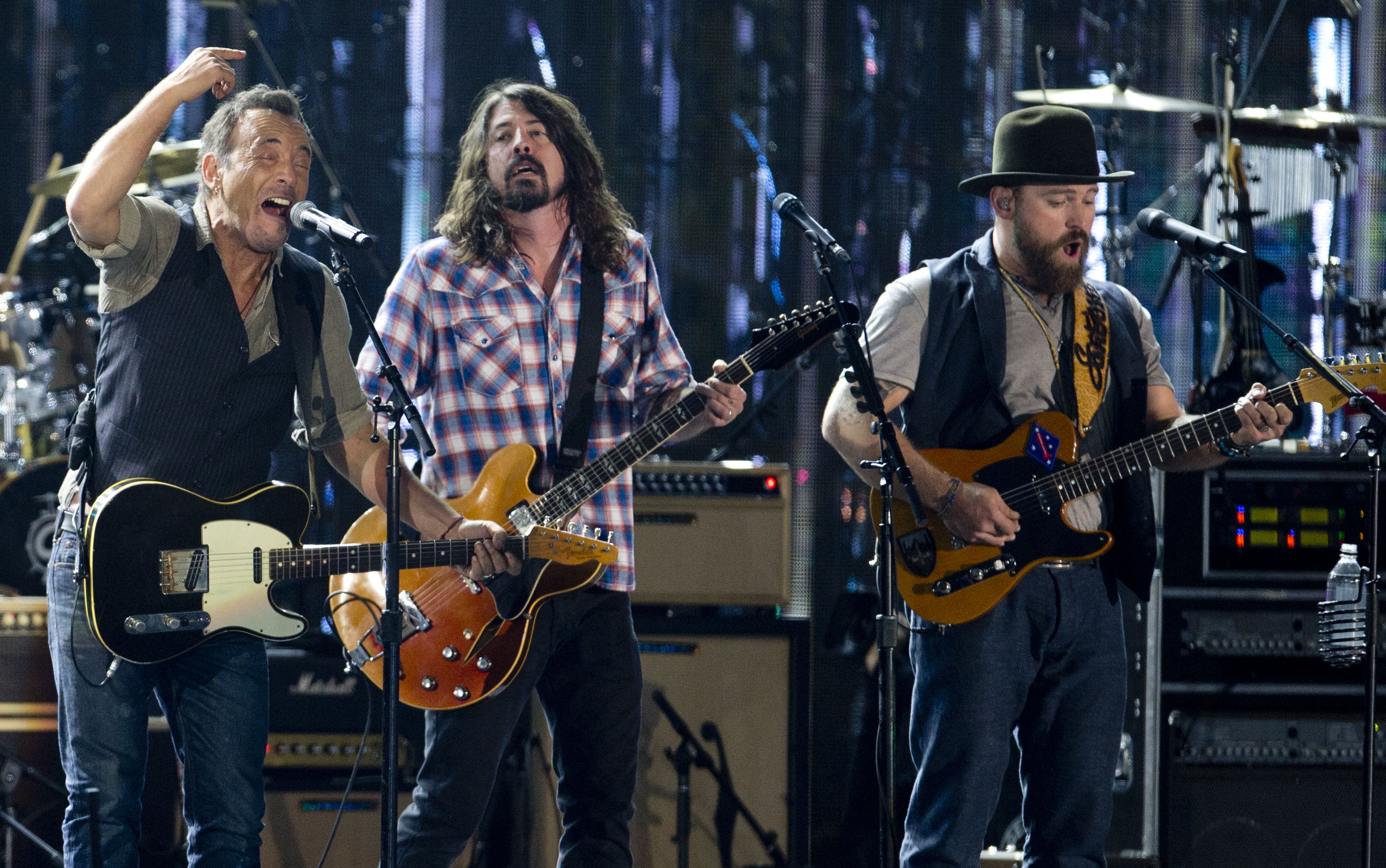 Nearly 40 years after the Vietnam War ended, the battle to place it in historical context is still raging, testing whether it’s possible to separate the valor of people who fight wars from the politics and politicians who demand they do.

The Weekly Standard is up in arms over the choice:

The song, not to put too fine a point on it, is an anti-war screed, taking shots at “the red white and blue.” It was a particularly terrible choice given that Fortunate Son is, moreover, an anti-draft song, and this concert was largely organized to honor those who volunteered to fight in Afghanistan and Iraq.

On a musical level, “Fortunate Song” is not a bad song—that’s one hell of a riff. But the “Concert for Valor,” a Veterans Day event sponsored by HBO and Starbucks, in front of the Capitol Building, was not the place for it.

Settle down, Weekly Standard. You’re waste waist deep in the Big Muddy and making an old mistake: Confusing the war with the people who were drafted to fight it. It’s the mistake that led to the Vietnam veterans not being “welcomed home” and while that’s been rectified over the last decade or so, putting the two back together again because Bruce Springsteen played the song is convenient, but illogical.

Let’s look at those words again:

Some folks are born made to wave the flag
Ooh, they’re red, white and blue
And when the band plays “Hail to the Chief”
Oh, they point the cannon at you, Lord

Some folks are born silver spoon in hand
Lord, don’t they help themselves, oh
But when the tax men come to the door
Lord, the house look a like a rummage sale, yes

Yeah, some folks inherit star spangled eyes
Ooh, they send you down to war, Lord
And when you ask them, “How much should we give?”
Oh, they only answer, more, more, more, oh

It’s written from the perspective of the young person sent to fight a questionable war by politicians who often isolated their own sons from it. That’s history. It’s not a criticism of the people who went to Vietnam. It’s a criticism of the ones who didn’t.

That’s also partly why the United States dispensed with the military draft, which has led to an ongoing debate — particularly among the military — over whether it’s easier now to forget America’s servicepeople because we’ve isolated ourselves from the wars we wage, convincing ourselves that throwing a little ribbon magnet on the car qualifies as “supporting our troops.” Patriotism, 2014 style.

Ummm… Why are they playing an anti-patriotic song "Fortunate Son" at the Concert for Valor? And why are they cheering?

And there it is, the question we never seem able to answer: What is patriotism?

So, starting right now, let’s agree: Songs like “Fortunate Son” and “Born in the U.S.A.,” while they criticize the armed forces, aren’t anti-American in the sense that, for example, the Islamic State is anti-American. By offering a critique of our nation’s policies, they celebrate its promise.

By now, we should have been able to understand the distinction.