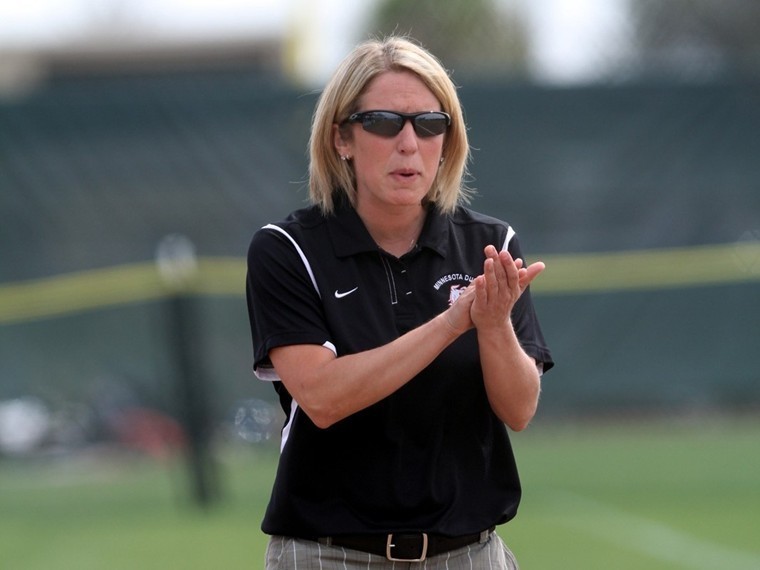 Another female coach at the University of Minnesota Duluth is reportedly out.

ESPNw reports that softball coach Jen Banford has been informed she will not have her contract renewed when it expires. She received notice the same week that women’s hockey coach Shannon Miller would not be retained, a move that has sparked controversy at the school.

Just as in the Miller case, what the coach is saying and what the athletic director is saying don’t add up.

Athletic director Josh Berlo told ESPNw that he is “redefining Banford’s appointment.” She’s also the director of operations for the women’s hockey program. He said he expects Banford to stay on for the upcoming softball season.

“She is our softball coach,” Berlo said. “She was only notified relative to the position of women’s hockey.”

A letter from Berlo suggests otherwise, however.

This confusion with Banford comes just weeks after Minnesota-Duluth announced that it would not be renewing the contract of women’s hockey coach Shannon Miller, who has won five NCAA titles in 15 seasons with the Bulldogs.

At first, UMD said the Miller decision was strictly financial (the school faces a $6 million budget deficit), but then later a spokesman for the school said that other factors came into play, including concern for “the direction of the program.”

Banford said she believes she is being retaliated against for supporting Miller and the women’s hockey program. The 33-year-old Banford has retained legal counsel to combat the discrimination she alleges against UMD.

“Until I was pulled into Shannon’s media storm and my continued support of Shannon and women’s hockey, I was told that my renewal was merely a paperwork technicality,” Banford said. “My record speaks for itself. I have received great performance evaluations for the past nine years and all of a sudden, I was told I was no longer going to be the softball coach.”

Banford said the athletic director hasn’t talked to her in six weeks.

A spokesman for the University of Minnesota Duluth told the Duluth News Tribune there are plans to talk to Banford this week.

Since her arrival at UMD in 2005-06, Banford has directed the Bulldogs to a 273-169 overall record (a .618 winning percentage), four NCAA II Central Region berths and one Northern Sun Intercollegiate Conference regular season title, according to the university.