We’ve become a little reluctant over the years to pass along the “look at the nice thing a homeless person did” videos — homeless people are people too, fully capable of the kindness that others are capable of. On the other hand, it’s not as if the problem of homelessness has become overly humanized.

It’s the story of Shelby Hudgens, a homeless man who helped drivers who were stuck in the snow in Colorado Springs. 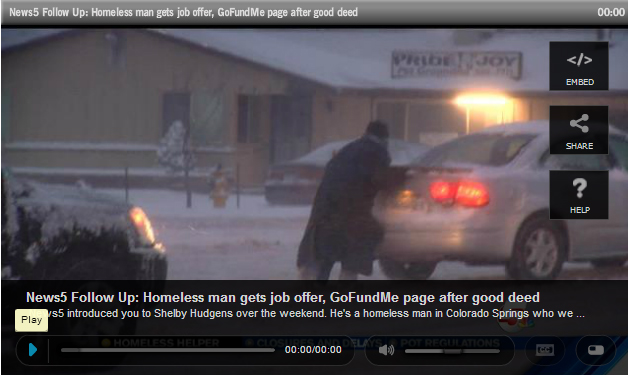 He says his house was destroyed by fire and he’s been living in the car with his dog since.

“I wouldn’t want to just be stuck there, spinning my tires. So anytime anyone wants to lend a hand, it’s always good. It’s just going to make the world a better place,” Hudgens said.

Predictably, people responded. One viewer put him up at a hotel. Another offered him a job, KOAA TV says.

“Hopefully I’ll be able to get a job just as quickly and everything will just keep snowballing and getting better,” he said.

Meanwhile, in Jacksonville, Florida, Thomas Rebman, a former teacher, is living homeless by choice, traveling the state and documenting the life.

He’s stirred up the dust by writing that a homeless shelter is dehumanizing. 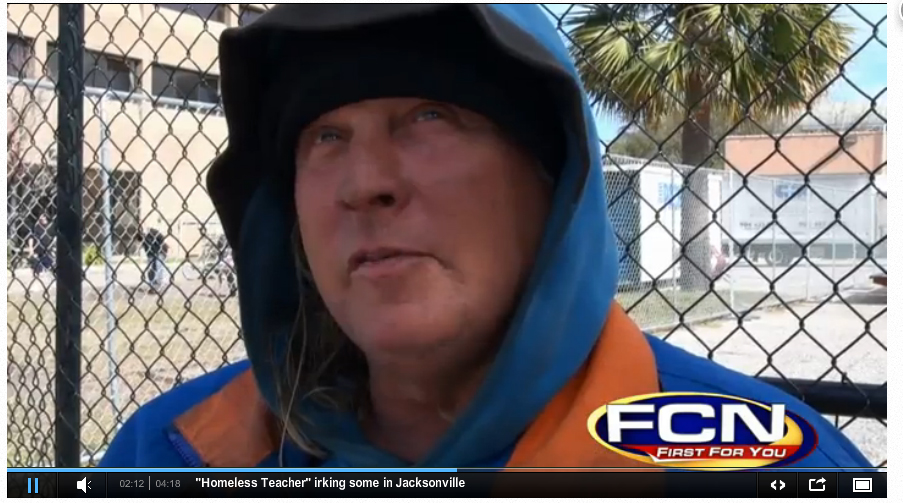