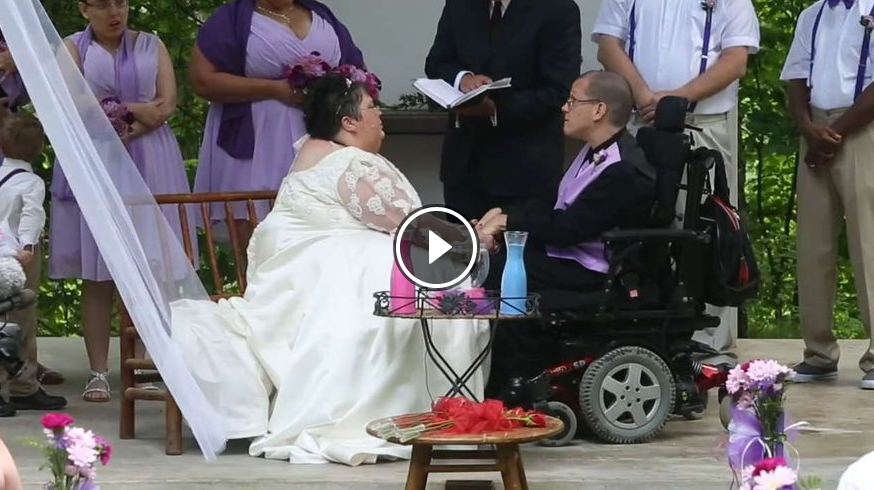 The bride was attended to by hospice nurses. Her husband has cerebral palsy, the Des Moines Register reports.

“From the first day I met him until now, it’s been his spirit,” Gerhard said. “That fight that he has had to endure to get to today — and with two college degrees. He is so inspirational. But the thing that makes him different than any other guy is I know how he loves me so much he would wheel into a fire to get me.”

Last year she was given six months to live.

Gerhard outlived her diagnosis and was released from the residential facility of HCI Hospice Care Services, but is now cared for by the agency in her home.

“Had I not been through a lot, I wouldn’t have the resiliency and the faith,” she said. “Everything was part of a great plan. I’ve been given this gift. I have been given more time because of this gift.”

At her side during the wedding were two children with developmental disabilities she has adopted and four of the children she was a foster parent to, including Michelle Danker, 21, of Des Moines.

“She was the only person who did not give up on me,” Danker said. “She is the strongest woman alive.”

“I just want to make sure people know that hospice doesn’t just help you die, it helps you live,” Kris O’Brien said. “When you get adversity in your life, if you just keep a positive attitude and keep the faith, you are going to get through it.