As we’ve posted numerous times, we’re not generally a big fan of TV reporters standing in water to reveal the drama of a flood, but we make an exception today for a reporter from KTRK in Houston, where severe flooding has hit.

Steve Champion was preparing for his live report this morning when a man did something we’re told time and time again not to do: He drove through standing water.

So Champion had to rescue him, taking his microphone along with him. 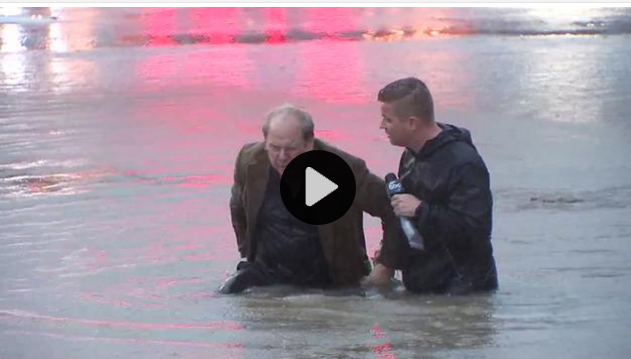