Flooding is causing nightmares for the people of Pine and Kanabec counties in Minnesota.

The only good news is we’ve got new additions to our growing scrapbook of TV reporters who think they have to stand in water to tell you about it. 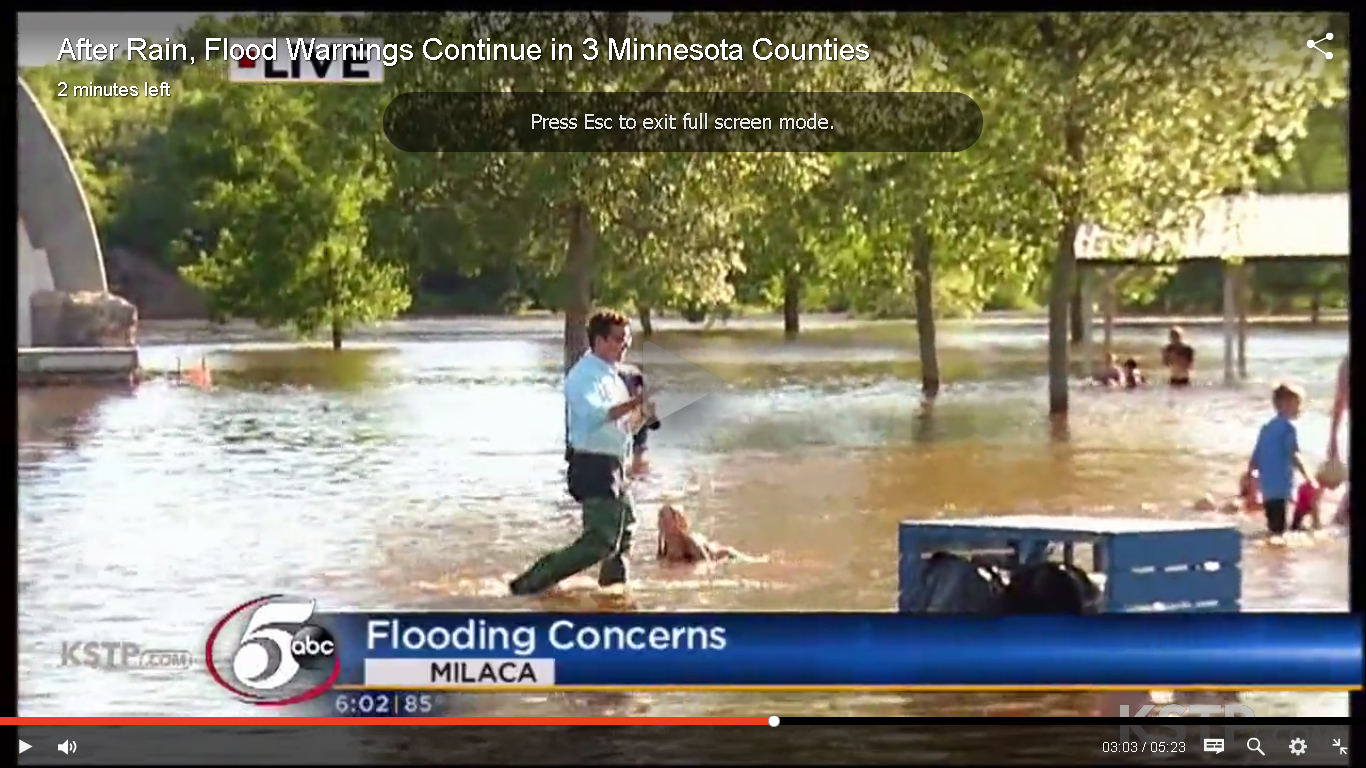 KARE 11 went with the full-Cabela’s approach and for added effect, staged the 10 p.m. report next to a boat. An empty boat. A boat in which a reporter could’ve stood. But then we wouldn’t have understood what he was talking about. This is the only way to know the water was knee high by the 13th of July. 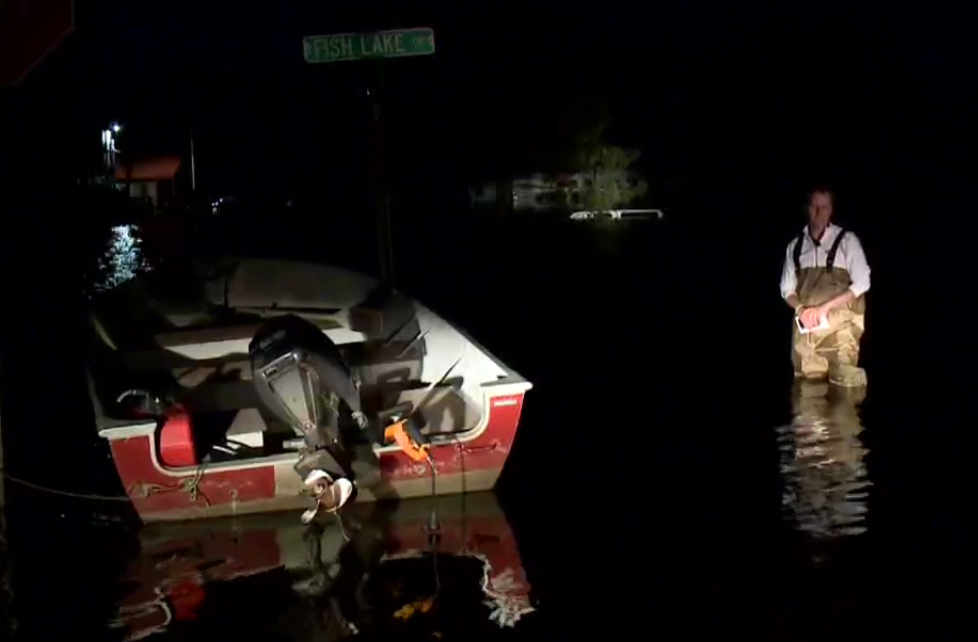 WCCO just used helicopter video of the flood on its late-night news, but sent its reporter to Litchfield and Watkins to report on tornado damage instead. Mercifully, the reporter — a solid veteran pro — did not feel the need to bury himself in a home’s wreckage to tell the story.

WCCO’s morning reporter, however, took a stroll in a puddle on the morning news on Tuesday. At a gas station.

But for style alone, Fox 9 News takes the competition, which opened with a close shot of a reporter. You just knew the camera would pull back and reveal our investigator. But would he be standing in water? 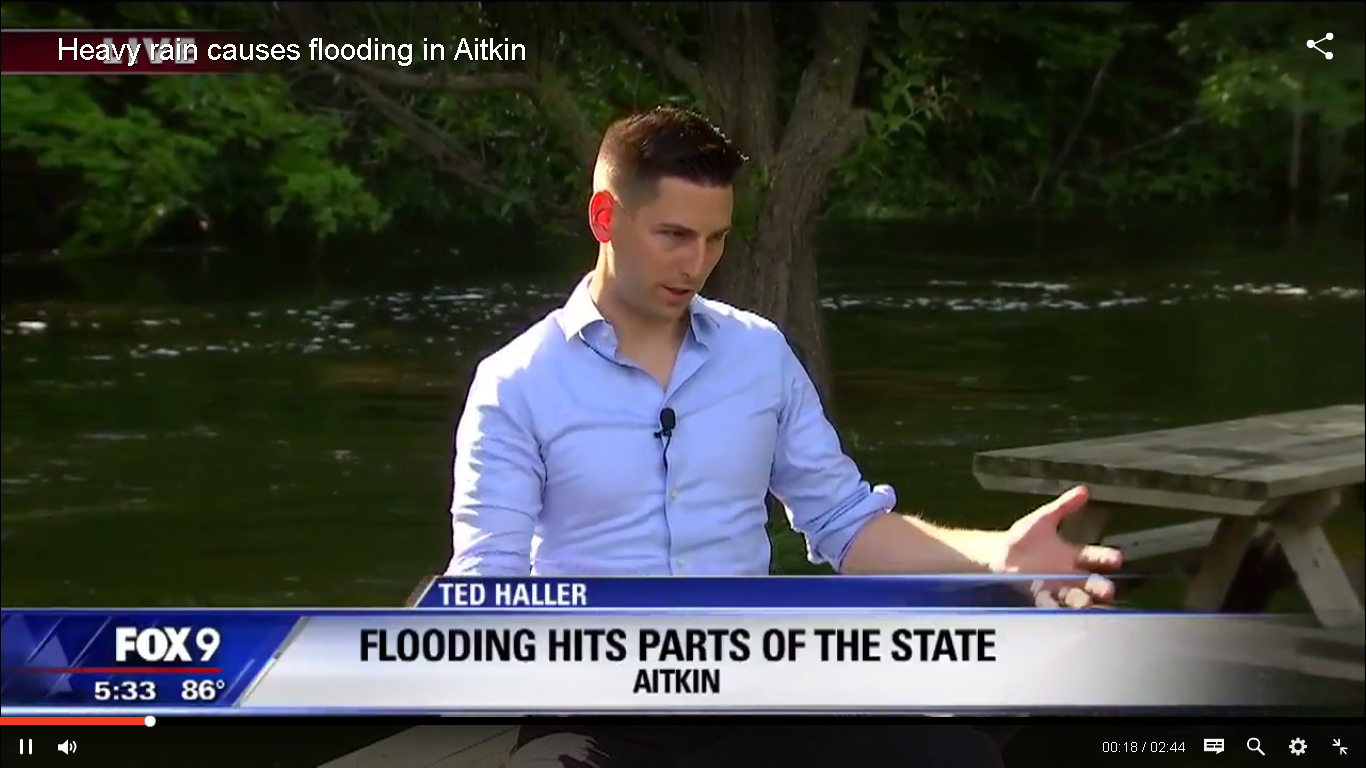 Boom! A flooded picnic table, rolled up pants and a toe in the water. Way to set a new standard, sir. Also: Nice legs. 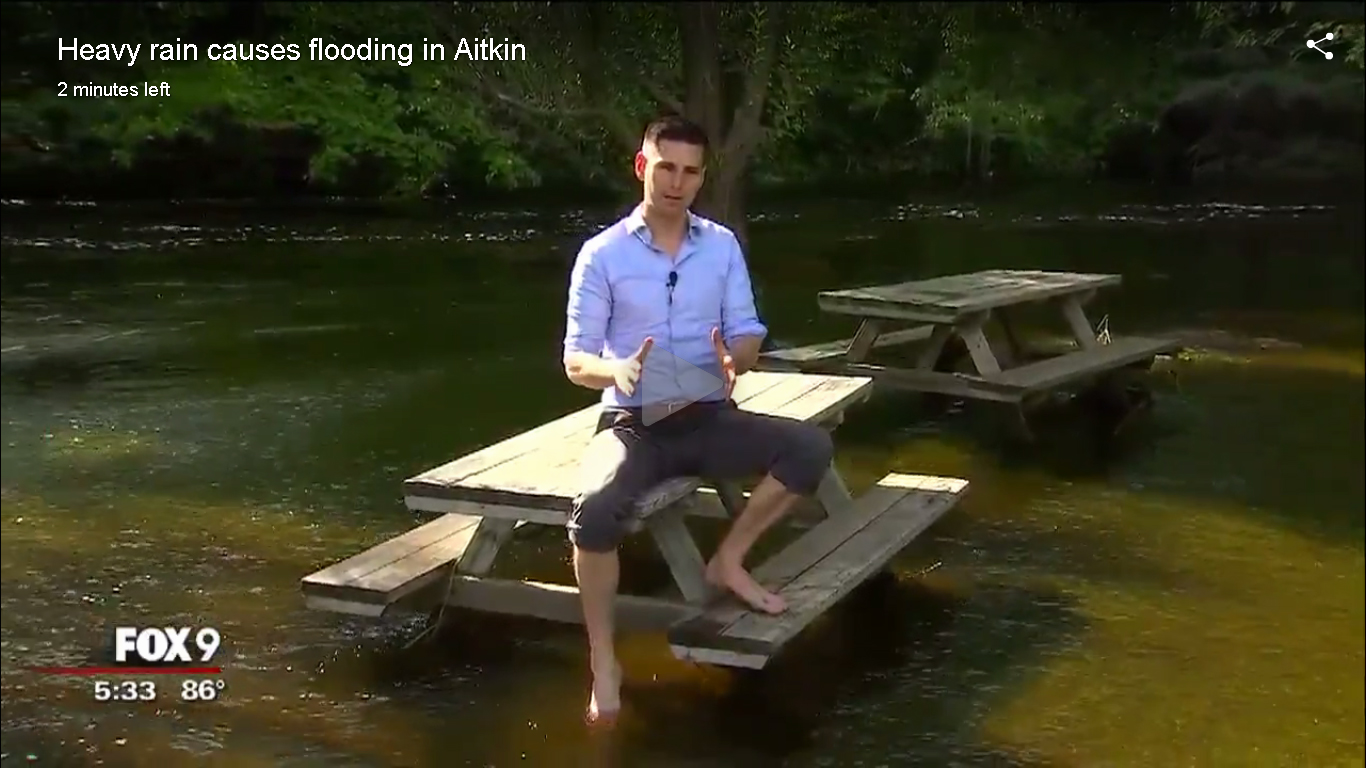 Meanwhile, raw sewage is being pumped into Moose Horn Lake and the Moosehead River to prevent it from backing up into people’s homes.

None of the TV reporters chose to report from Moose Horn Lake or the Moosehead River.