One last post on the Olympics that has nothing to do with who won and who lost.

USA pole vaulter Sam Kendricks wasn’t entirely focused like a laser beam on his attempt on Saturday. If he had been, he wouldn’t have heard the National Anthem being played for someone on the medals stand in another competition.

So he stopped his run. 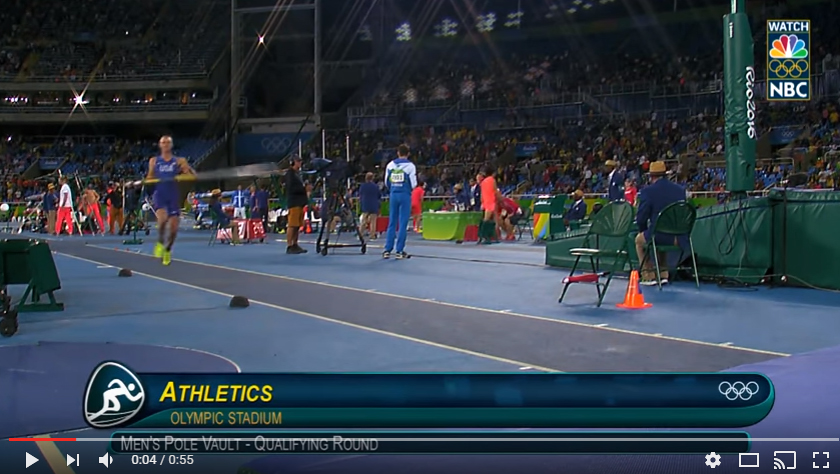 Let the record show he did not place his hand over his heart and no one is questioning his patriotism.