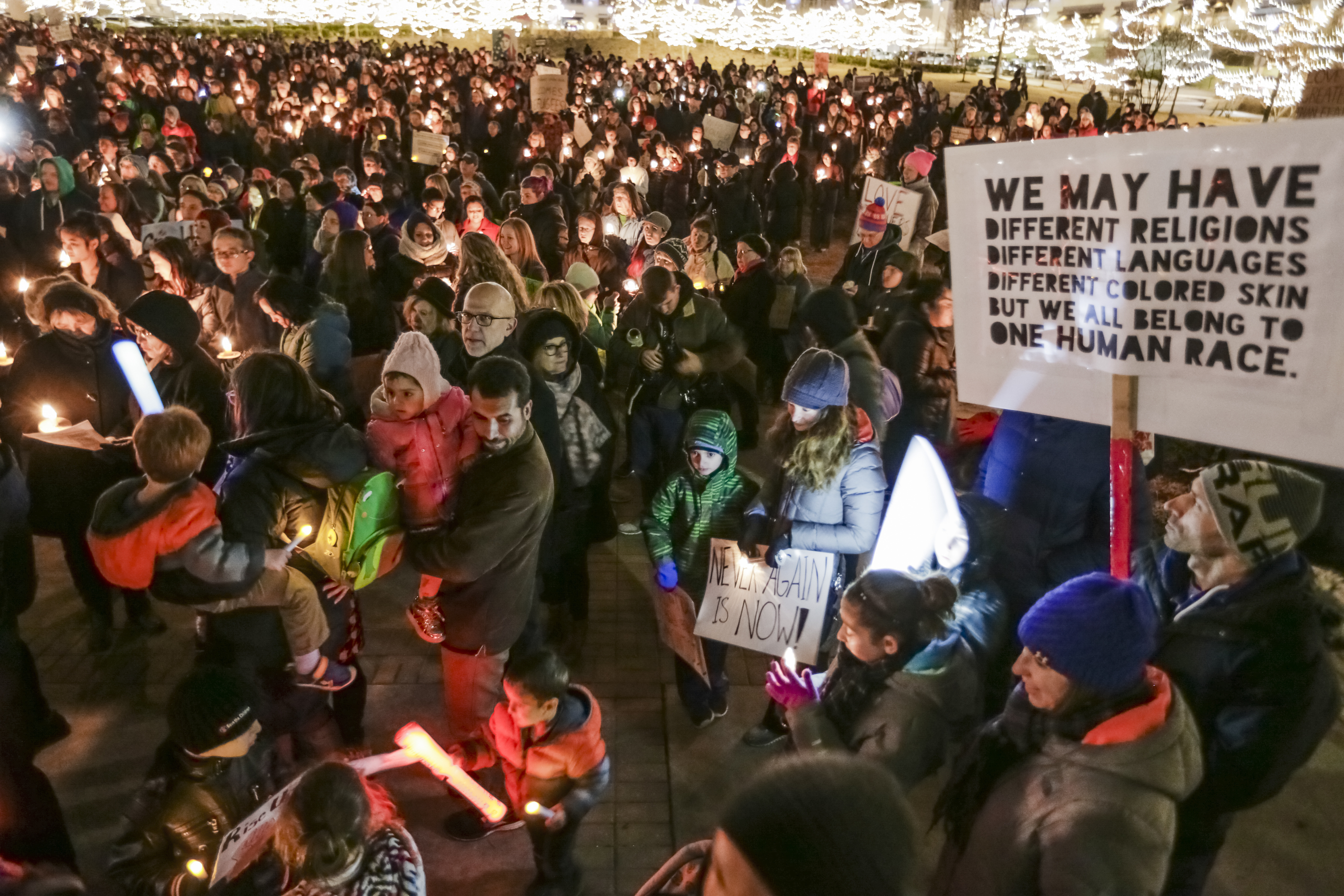 Maybe that’s not such a bad thing, judging by the Washington Post’s story today on the pride Nebraska is taking in welcoming refugees.

Nebraska has taken in more refugees per capita than any other state. “Unemployment is low, rent is affordable, and manufacturing and service jobs are plentiful,” the Post says.

But there’s obviously more to it than numbers. The people of Nebraska have a heart.

A few blocks away from Aljasem, John Dutcher, a 61-year-old house cleaner, lives in a complex of low-rise apartments in a neighborhood where American flags flapped on porches. After the Sept. 11, 2001, terrorist attacks, Dutcher said he was “one of those guys who would want to put a pig’s head on a mosque. I never acted on it, but I played it in my head.”

“I hated Muslims,” he said.

For years, Dutcher’s neighbors were meth addicts and rowdy alcoholics. Slobs. In June, a Syrian family who spoke no English moved in. Another family moved in after that, then another. Now there are six.

Soon enough, Dutcher said, empty bottles in the hallway were replaced with children’s bicycles. The loud arguments of a ­drug-addicted couple were replaced by the sounds of children’s laughter.

“The Muslims here were all about family and they just loved everyone,” Dutcher said. “I remember the people who lived here before; they took for granted everything this country gave them. These people, they really changed my heart.”

“I used to be afraid when the meth addicts were here,” he said. “Now I don’t even look to see who’s knocking on my door. I know it will be someone with a plate of food or a kid asking me to fix his bike.”

He’s still a Trump supporter, he just doesn’t like the president’s executive order.

There are still the occasional bigots. Someone left raw bacon on a mosque’s door recently.

“For every negative phone call we get, we get 10 nice ones,” Lacey Studnicka, a program development officer at Lutheran Family Services, said.

The story focuses on Fatema Aljasem, 29, who gave birth to her twins at home because it was too dangerous to go to the hospital. She lived in Aleppo. She was granted asylum in September.

She’s tried to call her parents but she can’t find them. They could be dead, she said.

She did reach her sister, who is still in a refugee camp in Lebanon, the Post reports.

Her sister wanted to know if the United States is still a good place to be?

Aljasem remembered pausing at the question. Then she told her sister about how the children have been making friends at school. She said she never saw anyone sneer at her headscarf or look at her in a “racist way.” She had Jewish friends who helped drive her family to doctor’s appointments and who were teaching her English. Her husband quickly found a job at a shampoo factory.