Truthfully, we’re not exactly sure what Appleton, Wis., police officer Jack Taschner was doing when he walked into the stands at the high school football game last Friday night.

He was ostensibly dealing with an unruly fan, according to the Milwaukee Journal. But then he ended up leading the student section in a “drive the bus” cheer, which is a thing in Appleton, apparently. 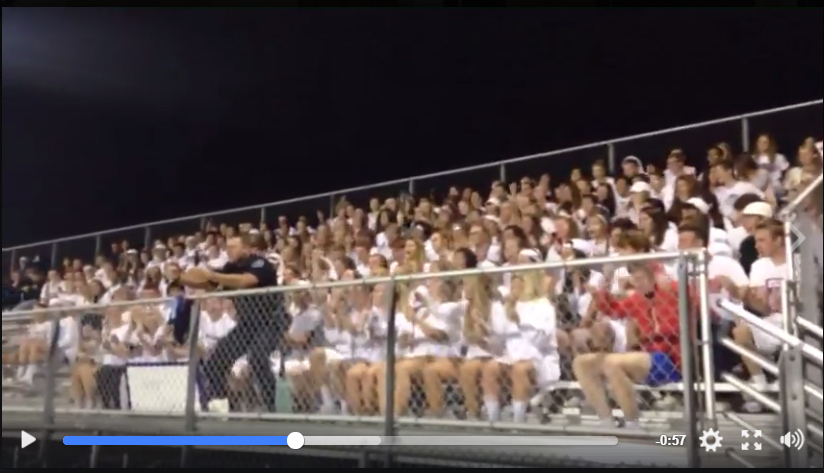 “It just kind of popped in my head, I’d like to join in on them doing their cheer, and whatever they do, the bus driver thing, so I came in Friday morning, I talked to the principals, I said hey, here’s what I thought, I had an idea, and they said, yea, run with it,” Taschner tells WBAY.

Taschner is a former San Francisco Giants pitcher who says he learned ways to entertain himself while sitting in the bullpen.