A good obituary not only reveals the person who has died, it also provides a regional history lesson.

That’s the case today with the obituary of Harriet Lazaroff, which appears in today’s Star Tribune. 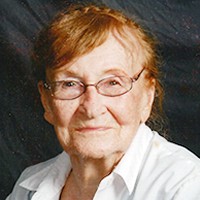 Lazaroff, Harriet Last of a Truck Farmer’s Wife from Hennepin County. Harriet Lazaroff took her final evening walk through the greenhouses before moving on to the Lord’s gardens. Harriet was born on October 29th, 1929, to Inez and Ivan Reed, the day of the big crash. Her father said the red-haired angel the Lord entrusted in his care gave him the strength to carry on.

Her early years were spent growing up in Minneapolis during the Depression. Even at a young age she was helping her mother to grow radishes and lettuce between the row houses.

Harriet graduated from vocational school in fine arts. After that she worked in dry-cleaning and at Brown Photo, developing pictures in the Camden area. Through mutual friends, she met and was courted by a young farmer named George Lazaroff.

Her deep passion for growing and nurturing the soil paved the way for becoming a truck farmer’s wife. It was called truck farming back in the day because trucks were used to transport produce from field to market.

George and Harriet were married on December 3rd, 1949. On their farm in Brooklyn Park, Minnesota, they raised five daughters and one son. Their labor force was mainly the inter-city kids. But as times were changing, so did their workers. Along with their children, they began employing migrant families to help harvest the crops.

Harriet’s love for art helped design their packaging and brand name “Lilac” which named for the many hedge rows of lilacs dividing the fields. The long list of quality produce that they grew included: bunched radishes, onions, beets, kohlrabi, parsley, dill and summer and winter squash. They ended their growing season with fall ornamentals and cabbage. Harriet and George started their own bedding plants from greenhouse to hot beds for their fields and other farmers. When the other farmer’s wives came along and saw Harriet’s own flowers that she had started, they asked if they were for sale. That’s how their greenhouse and garden center got its start.

Lazaroff Gardens became know as the farm in the park. Along with its produce and garden center it earned many loyal customers and friends. George and Harriet retired Lazaroff Gardens in 2007. The farm not only left an impression on the kids and families that worked there over the years, but it also taught them the value of a job well done.

Harriet was preceded in death by her husband, George, parents Inez and Ivan Reed, and in-laws Nick and Anna Lazaroff. She is survived by her sister Marlene Vander Martin; Children: Linda (Dan) Stover, Diane (Refugio) Morales, Nick (Rose) Lazaroff, Debra (Dave) Larson, Colleen (Mark) Held, and Jody Lazaroff; Grandchildren: Jamie and Jessica Stover, RJ and Theodora Morales, Nicholas, April and Christopher Lazaroff, Melissa and Lucas Larson, and Noah, Cole, and Gage Held; along with 16 great-grandchildren, nieces and nephews, and many friends. Celebration of Life Service to be held at daughter’s farm (22415 County Road 50, Corcoran, Minnesota) on October 1st from 3:00 to 7:00 p.m. with a 5:00 service. In lieu of gifts the family requests a donation to Future Farmers of America (FFA) chapter at your local school.