Why, yes, playing the flute is brain surgery

If not for science, what would we do for a daily reminder of the power of education, research and the human capacity for greatness?

This is Anna Henry, who is playing a flute while undergoing brain surgery. 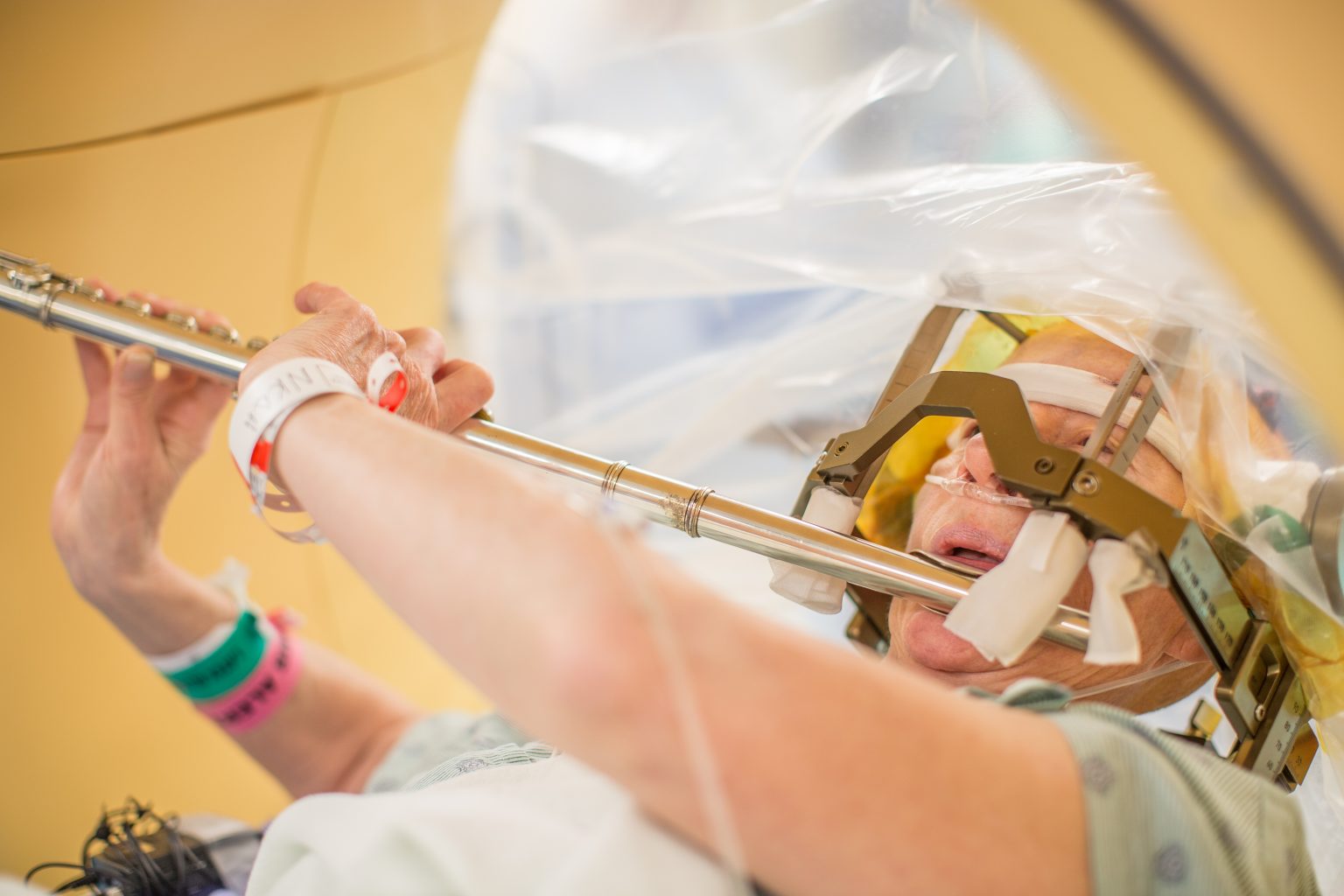 Henry, 63, began experiencing tremors in her hands when she was in junior high school. She knew that she’d inherit them from her father.

Her tremors intensified and she could no longer perform simple everyday tasks with her dominant left hand — writing her name, drinking soup, sewing.

Or playing the flute.

Her meds weren’t working anymore, so doctors at the Texas Medical Center had one last option: deep brain stimulation.

“Why these patients have all these issues, like Parkinson’s disease, is because a circuit is abnormally functioning. It’s oscillating at a rate that, for whatever reason which we still don’t know, is wrong. It’s causing the detriment that they’re experiencing,” explained Albert Fenoy, M.D., neurosurgeon with the Mischer Neuroscience Institute at Memorial Hermann-Texas Medical Center, in a press release. “By overriding that abnormally oscillating circuit with high frequency stimulation, you can override that dysfunction and train it to be a more normalized firing pattern.”

Researchers are studying deep brain stimulation as a possible intervention for chronic pain, post-traumatic stress disorder, major depression and other conditions, according to the hospital. The FDA currently allows it for only four conditions: essential tremor, Parkinson’s disease, dystonia and obsessive compulsive disorder. 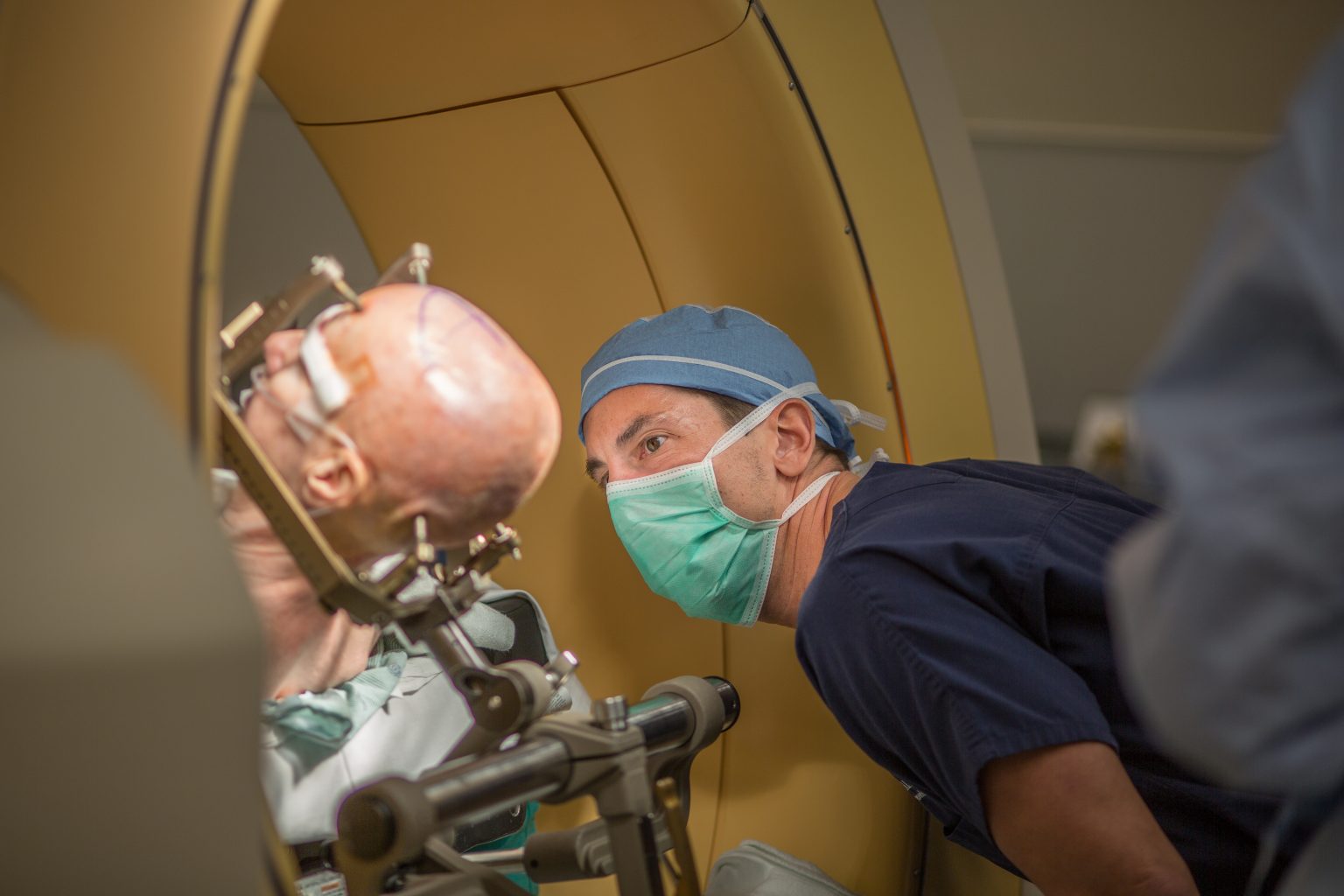 “The ability to express things through my music in a way that I’m used to isn’t there anymore, no matter how hard I practiced,” Henry said. “I love practicing, but I’ve gotten to the point where I don’t like practicing because I’m not getting anywhere with it. It’s not making me improve like it always had.”

Having rejected the idea of brain surgery for years, Henry flew to Houston last week with her husband, had her head shaved, and let Fenoy peel back her scalp, drill two holes into her skull, and use two electrodes to stimulate her thalamus.

While she was awake.

While she played her flute.

The surgical team handed Henry her flute to test if her hands were stable enough to play. As she remained on the operating bed, she lifted her flute to her mouth and treated everyone in the operating room not only to a sweet melody, but the joy of seeing her tremor disappear.

“[Deep brain stimulation] works amazingly well,” Schiess said. “If you have a tremor that is truly interfering with hand function, lifestyle, head or voice, honestly, there isn’t a medicine out there that’s going to really put you in a better state.”

For Henry, deep brain stimulation helped her get back to doing what she loves. Although her tremor had interfered with her quality of life and nearly put an end to her musical career, she refused to quit.

“My folks lived through the [Great] Depression,” Henry said. “If there’s anything they taught me, it was that an obstacle is not something that stops you; it’s something you find a way around.”