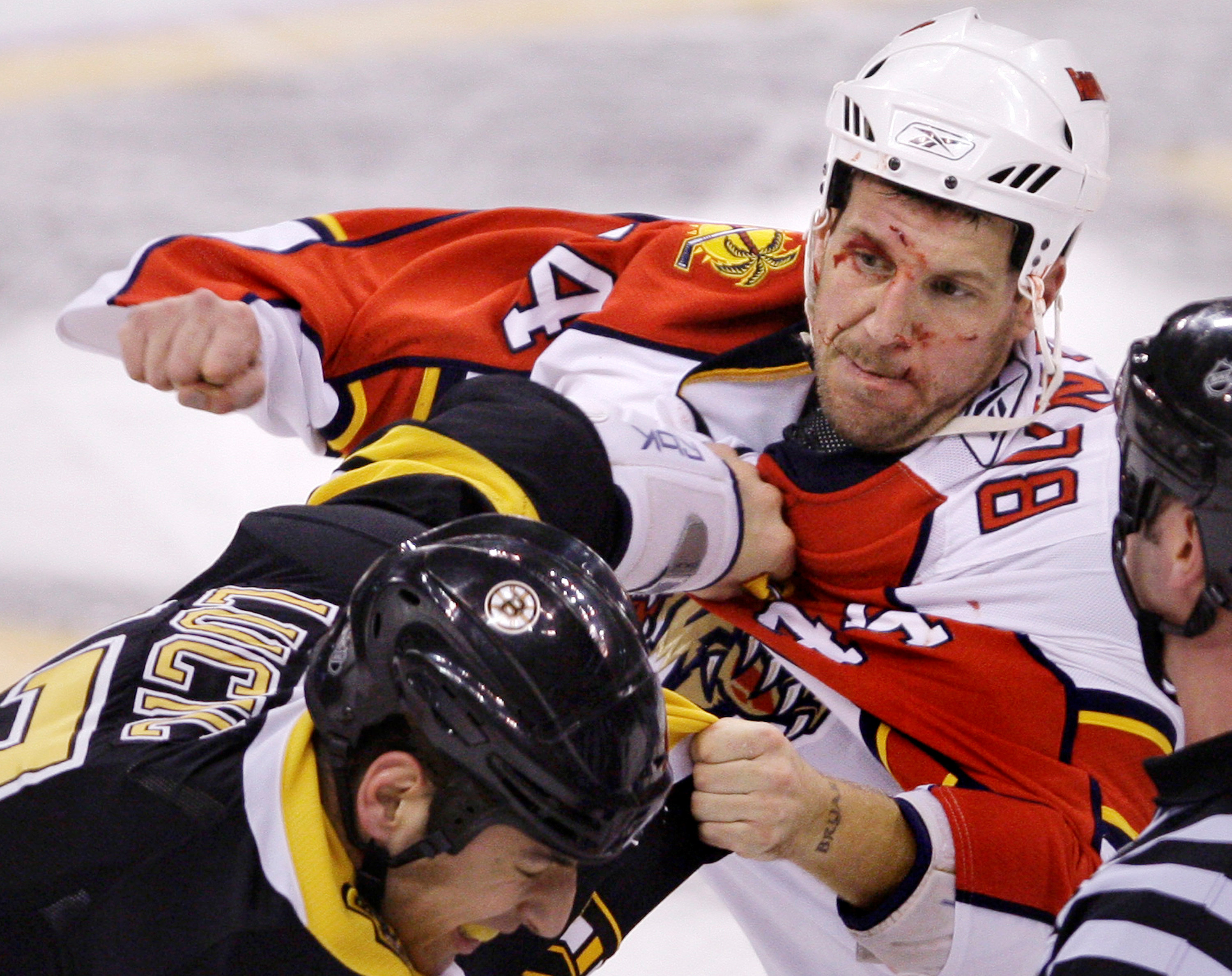 Former NHL player Nick Boynton — an “enforcer” in his days in hockey — penned what initially sounded very much like a suicide note today on The Players Tribune.

The experience he describes mirrors those of other enforcers, including the late Derek Boogaard of the Minnesota Wild, who live a life with fists in a league that has successfully conned its fans into believing fighting isn’t part of the game.

Boynton too got his brains beat in on a regular basis, became addicted to pain killers, drugs, and alcohol and when he asked for help, was shipped to another NHL team. Nice sport you’ve got there, hockey.

But it’s Boynton’s description of his life now that is most frightening, acknowledging that he’s thought of death in recent years as a release from it all.

Whenever things get really bad, and I find myself thinking about death, it’s always in the context of release. Escaping the pain. And no longer being around to make the lives of those I love miserable. The idea of dying as a way out.

And even though I definitely wouldn’t say death has been something that I’ve wanted — that I actually wanted to die — at the same time, when I’d hit those low points, it was like … I didn’t exactly not want it, either. In a lot of ways, as things got worse for me, death started to seem not so bad.

But the whole time, as thoughts of dying have ricocheted around in my head, there has always been another thought that I just couldn’t seem to shake. I’m not sure where it came from, or why it became so prominent for me, but it would keep breaking into my mind and kind of overtake all the really dark stuff. It goes something like this:

If you die now, without speaking up or saying anything … what good will that do?

If you’ve noticed that he’s now spoken up and said something, you can be forgiven for still holding your breath.

Depression, anxiety, mental-health issues … that sort of stuff can seem invisible sometimes to those on the outside, but it’s worse than anything else I’ve ever dealt with. It can make you unbelievably sad to the point where you’re crying your eyes out. And then, the next day, you’ll just be so angry that you’re almost out of control.

With me, there have been times when the anger has been so bad that I legitimately worried that I might hurt someone, or that I’d injure myself. But when family members, people I truly love and care about, would ask me what was going on, or why I was so mad … I wouldn’t really be able to tell them. I honestly wasn’t even sure.

And, like, AA meetings are supposed to somehow fix something so deep-seated?

And yet the piece ends on an optimistic note. He says he’s feeling better these days.

Those days are over for me now. And I feel good knowing that I have spoken out and that I’m on the right side of this issue. I’m fully ready to do all I can to help find a way to fix things when it comes to how hockey treats head trauma and mental-health issues.

I have a mission now. A purpose.

And that feels really good.

Sharing my story with the world is just the beginning.

My life, I’m telling you right now, will not end up being a waste.