Crookston man’s farming museum celebrates the beauty in the beet 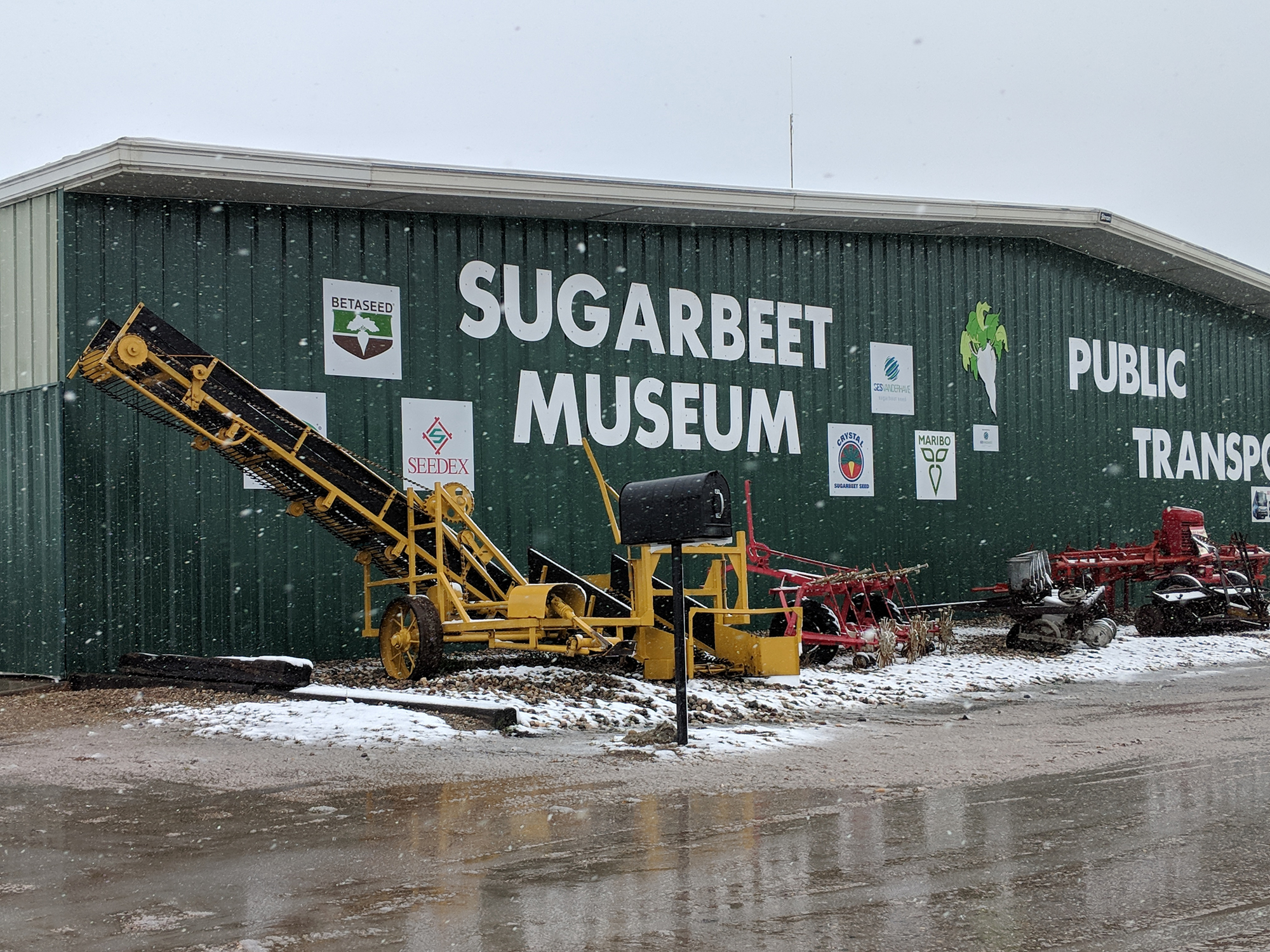 Crookston, Minn. — Allan Dragseth’s first job after graduating from the Northwest School of Agriculture in Crookston in 1957 was harvesting sugar beets. It was also the last job he had and every job in between.

“I guess I’m retired now,” he says, since his grandson replaced him on the combine a couple of years ago at the farm his son now runs and nobody had yet called him to help with the harvest when we chatted  in northwest Minnesota  last month.

That’s good news for anyone who wants to understand Minnesota’s prized cash crop because Dragseth, 80,  synonymous with sugar beets in the area, can spend more time stocking the Sugar Beet Museum. 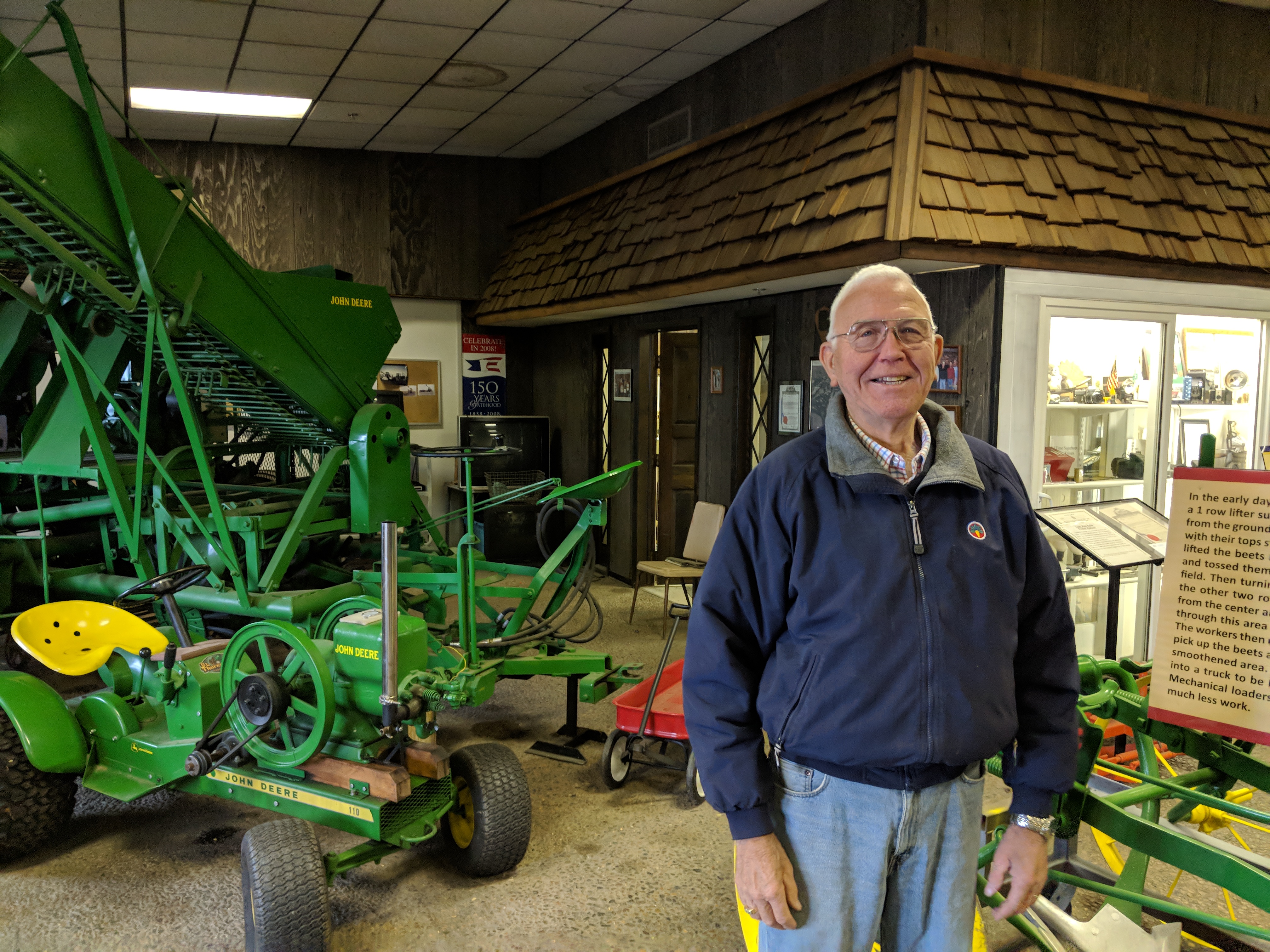 “I’m a saver,” he says. “I was building up an inventory of stuff but I never thought I’d start a museum.”

So he started a museum.

He got the idea around the turn of the century when he served on Polk County’s Historical Society, which at the time, he says, was “beet friendly.” Apparently it hasn’t always been that way in the Red River Valley, thanks to our instinct to tribalize based on the crops that are farmed.

“People who didn’t raise them were not too friendly toward beet farmers,” he said.

Still, there was plenty of skepticism about whether people passing on U.S. Highway 2 would brake for beets.

That changed when a one-row harvester he had restored drew more of a crowd than a wheat thresher did at Crookston’s annual Threshing Day. Advantage: sugar beets. 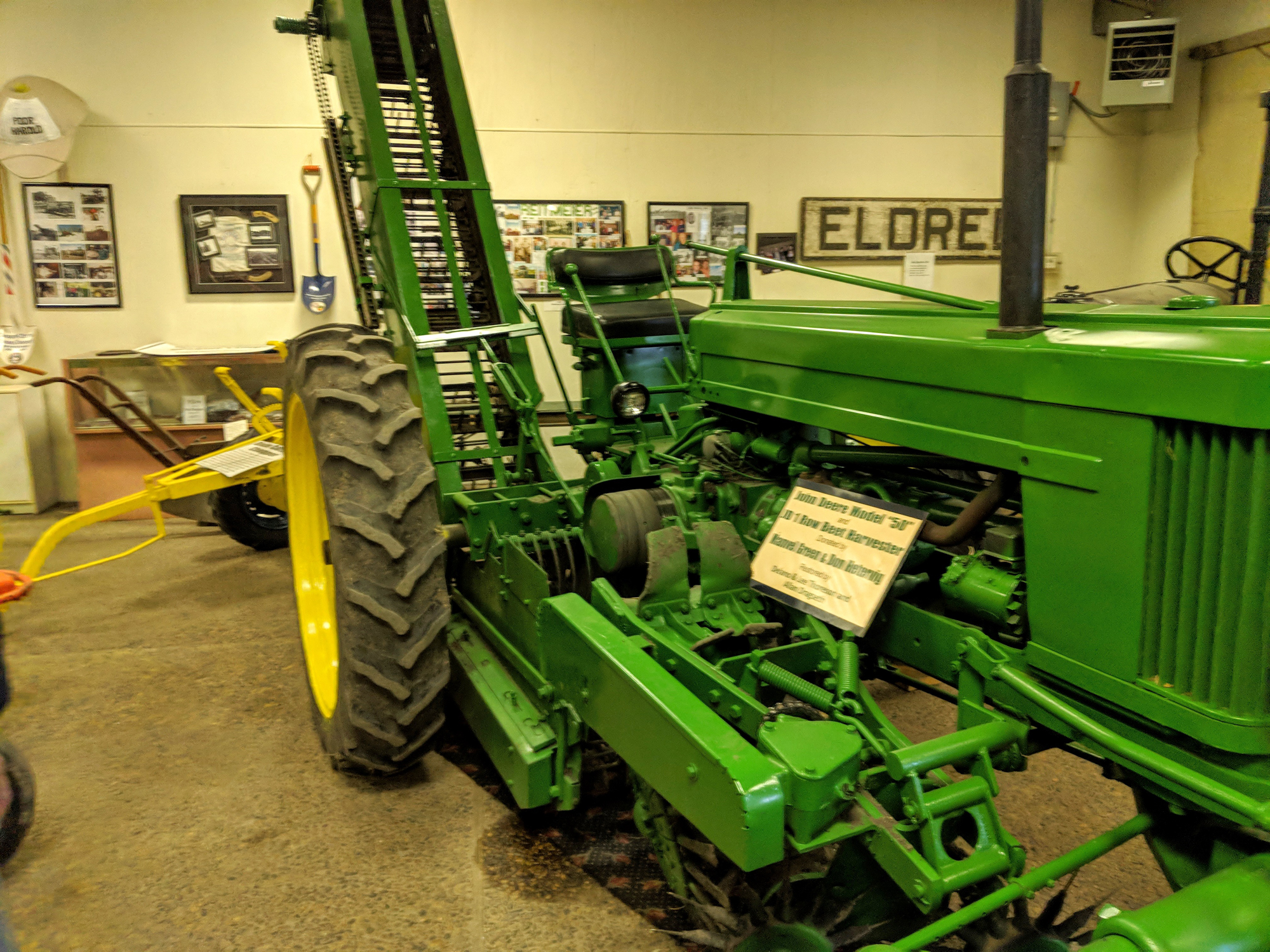 About 50 people showed up for the first planning meeting around 2004. Then 25 at the next one, and “then there were six or seven guys including my son,” when the decision was made to try to raise the money for the museum.

“[Crookston] was the logical place for a museum because it’s where the first beets were grown in 1918. A guy moved here from Michigan, brought some seed with him and grew them in his garden. He put them in gunny sacks and sent them to the factory in Chaska. The next year he grew more and it eventually became the American Crystal Sugar Company.”

Which Dragseth and other farmers bought in 1973 when their Red River Valley Sugarbeet Growers Association  made an offer to the Denver-based company and formed the first sugar beet cooperative in the United States.

Corn and soybean are nice and all. But sugar beets? That’s money in Crookston now. You don’t hear a lot of stories about down-and-out sugar beet farmers in Minnesota.

“It’s a lot of work,” he says. “But it’s the one [crop] that had the most return. Eventually, everyone wanted a beet contract, especially once we had the equipment.” 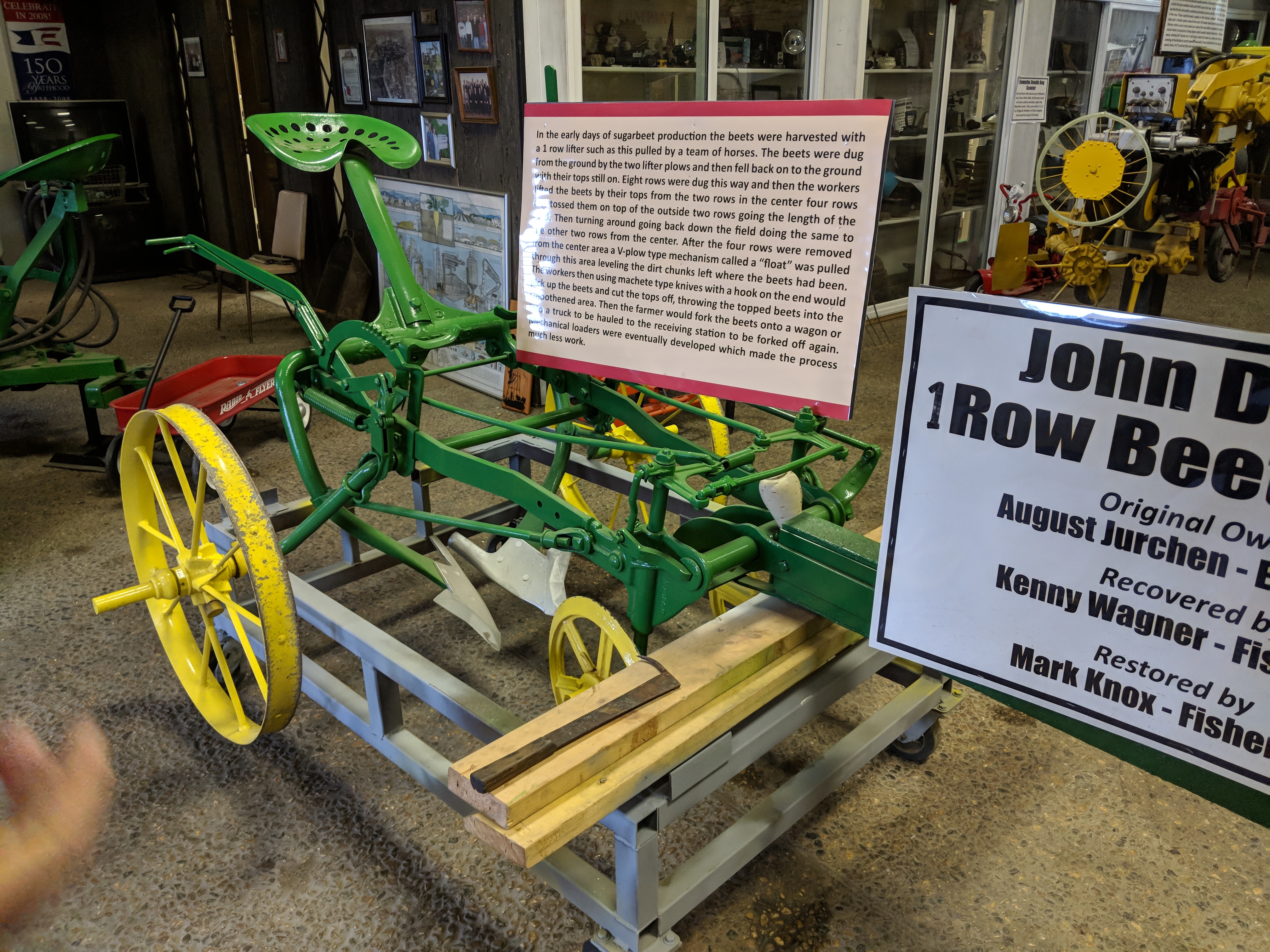 In the ’70s, about 160,000 acres of northwestern Minnesota soil sprouted sugar beets. Now, it’s over a half million.

A lot of old-timers will wax wistful about the fast cars of their youth. At Dragseth’s museum, though, it’s the harvesters that can make a man a kid again.

If you remember the day you bought your IBM 286 computer with the 20 meg hard drive (also on display at the museum), thinking you’d never need another computer again, then you’ll understand the meaning of the equipment inside the former John Deere dealership that Dragseth turned into the museum.

Take this baby, for instance. 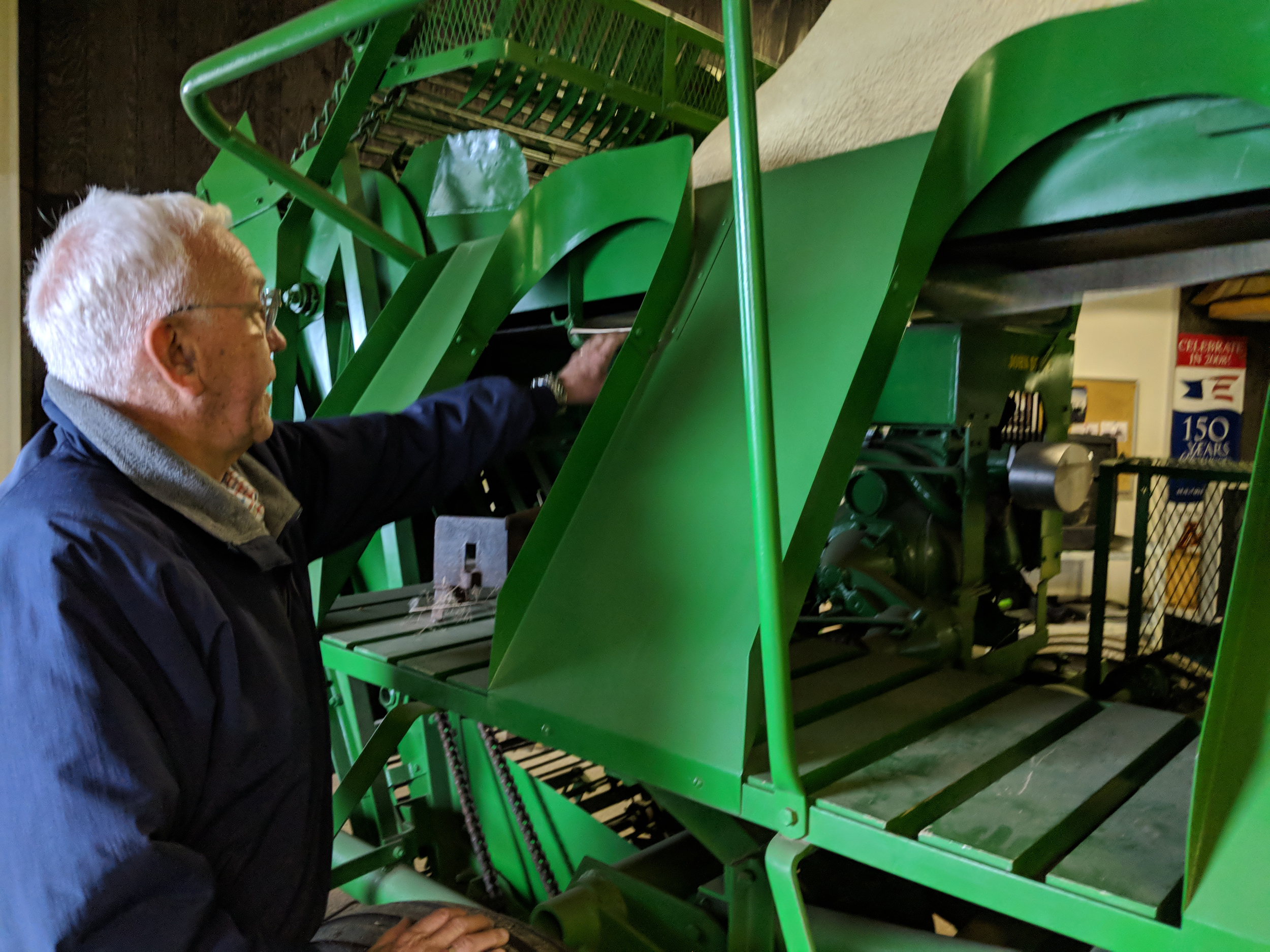 The harvester — he convinced his dad to buy one in 1957 — could grab two rows of beets at once, sending them into a Rube Goldberg contraption of chains, and pulleys, and knives and metal wheels,  cleaning the mud off them, and tossing them into a truck, all the while seeming to threaten to kill anybody driving  the thing whose mind wandered from the topic of sugar beets for even a second.

“In ’58, some companies came out with three-row machines. A few years later 4, 6, and 8 and now maybe half of the growers now have 12-row machines; you can fill up a semi in a few minutes.” 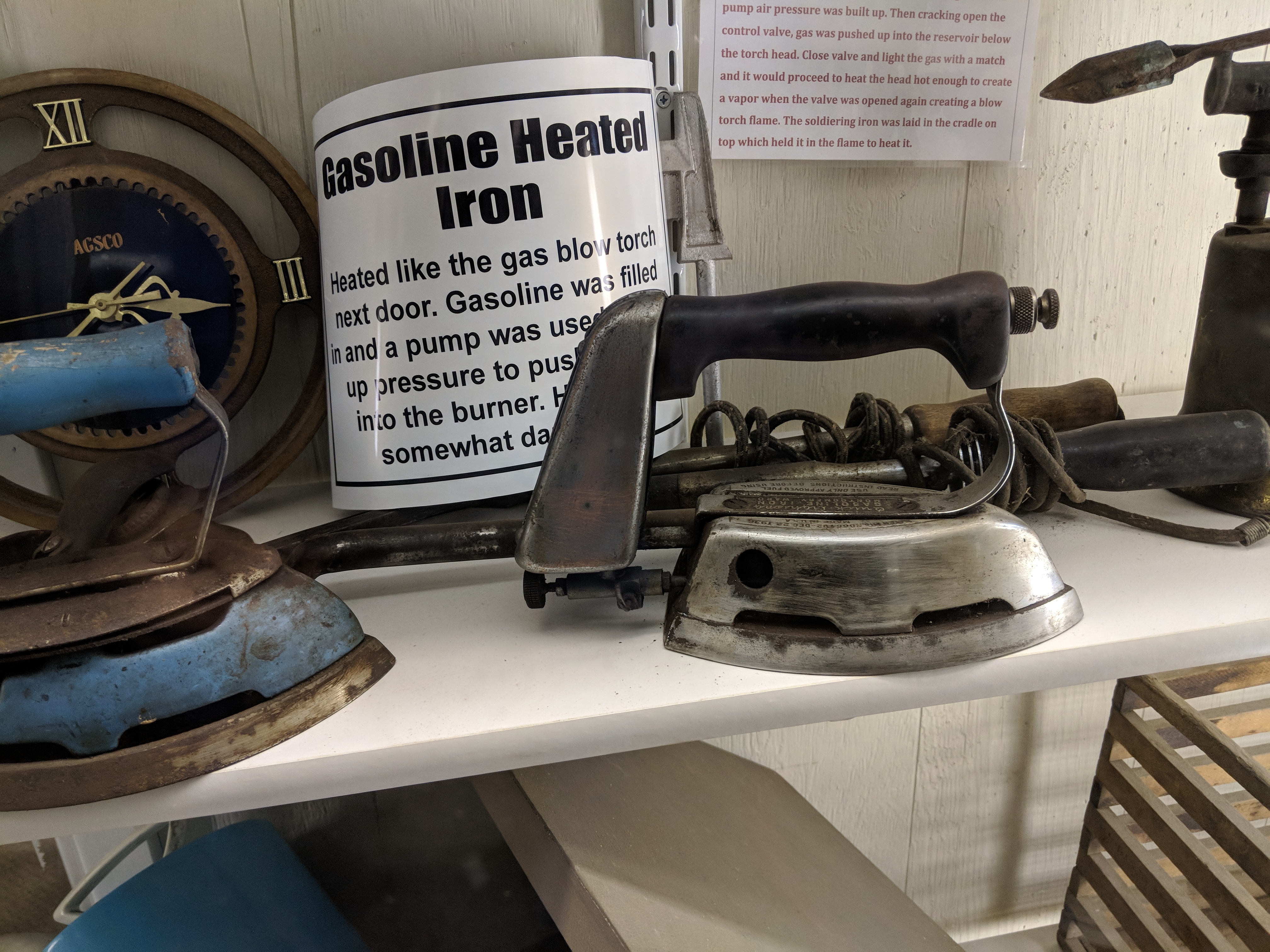 Even for a city slicker, it’s impossible not to be awed by a generation’s inventiveness to plant, care, and harvest with accelerating productivity.

Whatever the nation’s farm implement companies would build, the farmers of northwest Minnesota would improve. 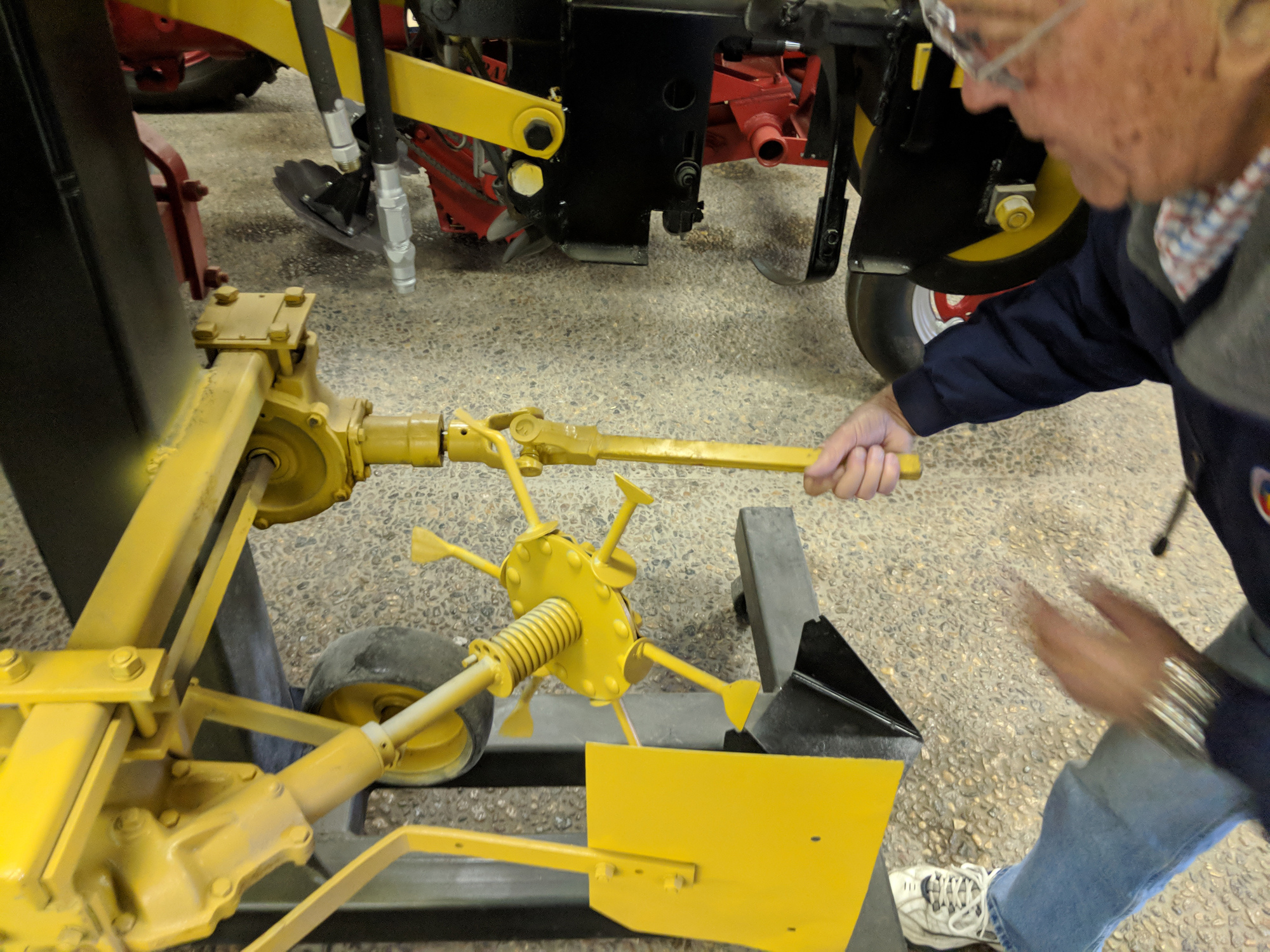 The original sugar beet seed sprouted multiple plants. “My mother said they’d crawl on the hands and knees and dig  a beet, leaving just one plant. Eventually, the seeds were engineered to grow a single plant, but they still needed to be thinned,” Dragseth says, pointing out the various trial-and-error contraptions that were invented to do the job.

“Companies started coming out with mechanical cleaners,” he said, pausing at one such monster. “You can turn this to vary how much of a chunk you took out of the hole,  but it couldn’t tell the difference between a beet and a weed. In the ’60s this came out. An electric eye would see something and would fire it. But it’d get dirt on the electric eye and just keep firing.”

“This one went out of favor,” he says. “Just after I bought it.”

That’s the sort of agricultural revolution that can make equipment on the farm just the sort of thing that belongs in a museum. So Dragseth is constantly finding new additions. 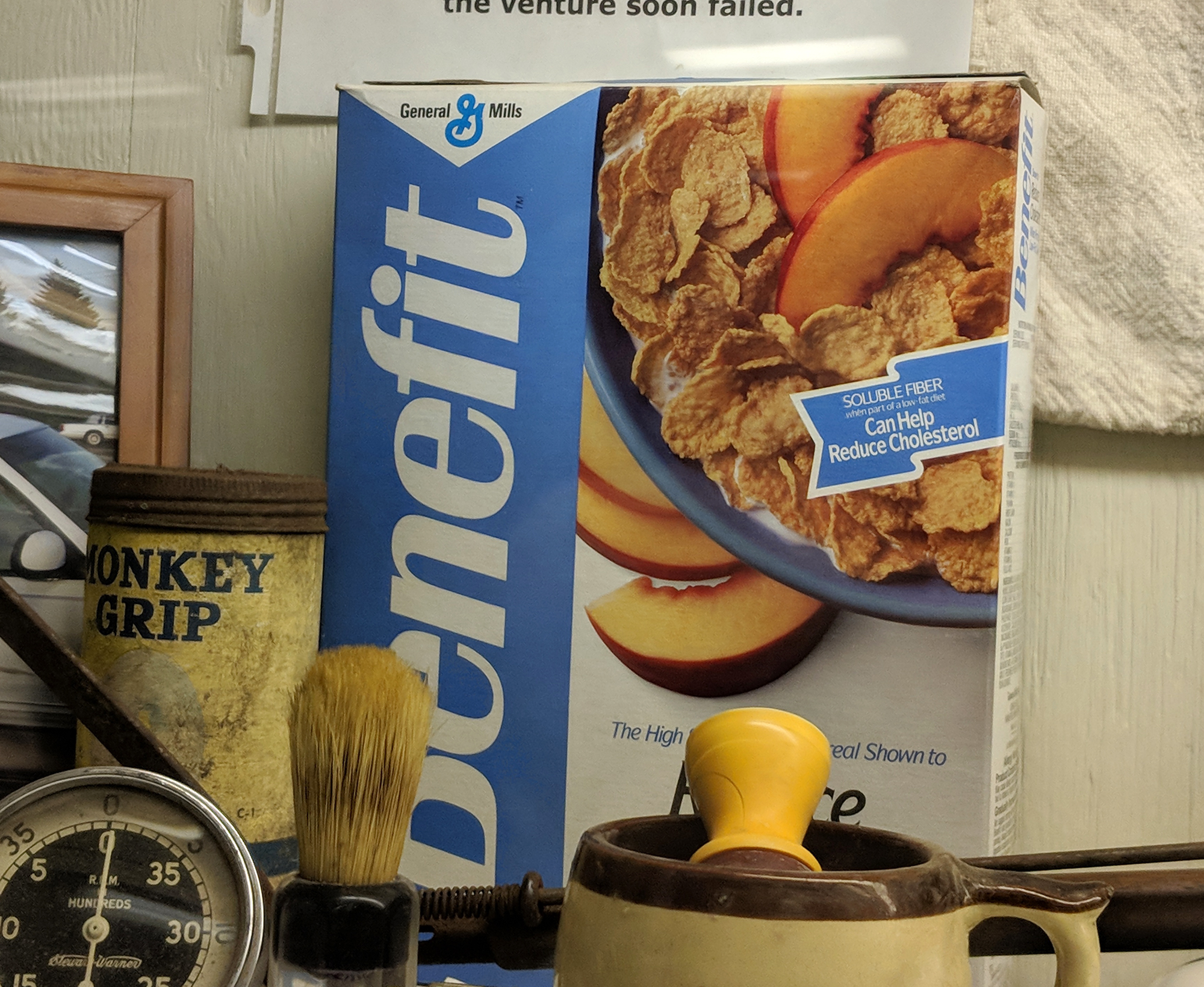 The harvest is nearly in. The sugar beets, stored outside for the winter, are piled high for blocks around the sugar beet factory.

“There are six  groups in Crookston,” he says. And each faces a deadline from a factory that can only handle so many beets.  “This week, you’re supposed to deliver so many tons per acre. The next week, someone else.”

So the harvest starts at midnight on October 1, when farmers harvest the cash crop 24 hours a day.

When it’s all done, there might be more time for the locals to help the museum rebuild and paint a few new additions although volunteers are getting harder to find, accounting for the unique aspect of the Sugar Beet Museum: it’s only open one day a year — during the city’s sugar beet festival the weekend after Labor Day.

Not that it’s impossible to get a look inside at other times of the year.

“I’m in the directory,” Dragseth says.

Editor’s Note: This post is the third in a series on off-the-beaten-path museums in the Upper Midwest. If you have a recommendation, email bcollins@mpr.org.