In the halls of power, the gun debate will get more personal

There is a growing political caucus in America: people in office whose children have been killed in gun violence.

Tom Sullivan’s son, Alex, was one of the 12 people who died inside a movie theater in Aurora, Colorado in July 2012.

You may remember him from this picture I posted the day after. 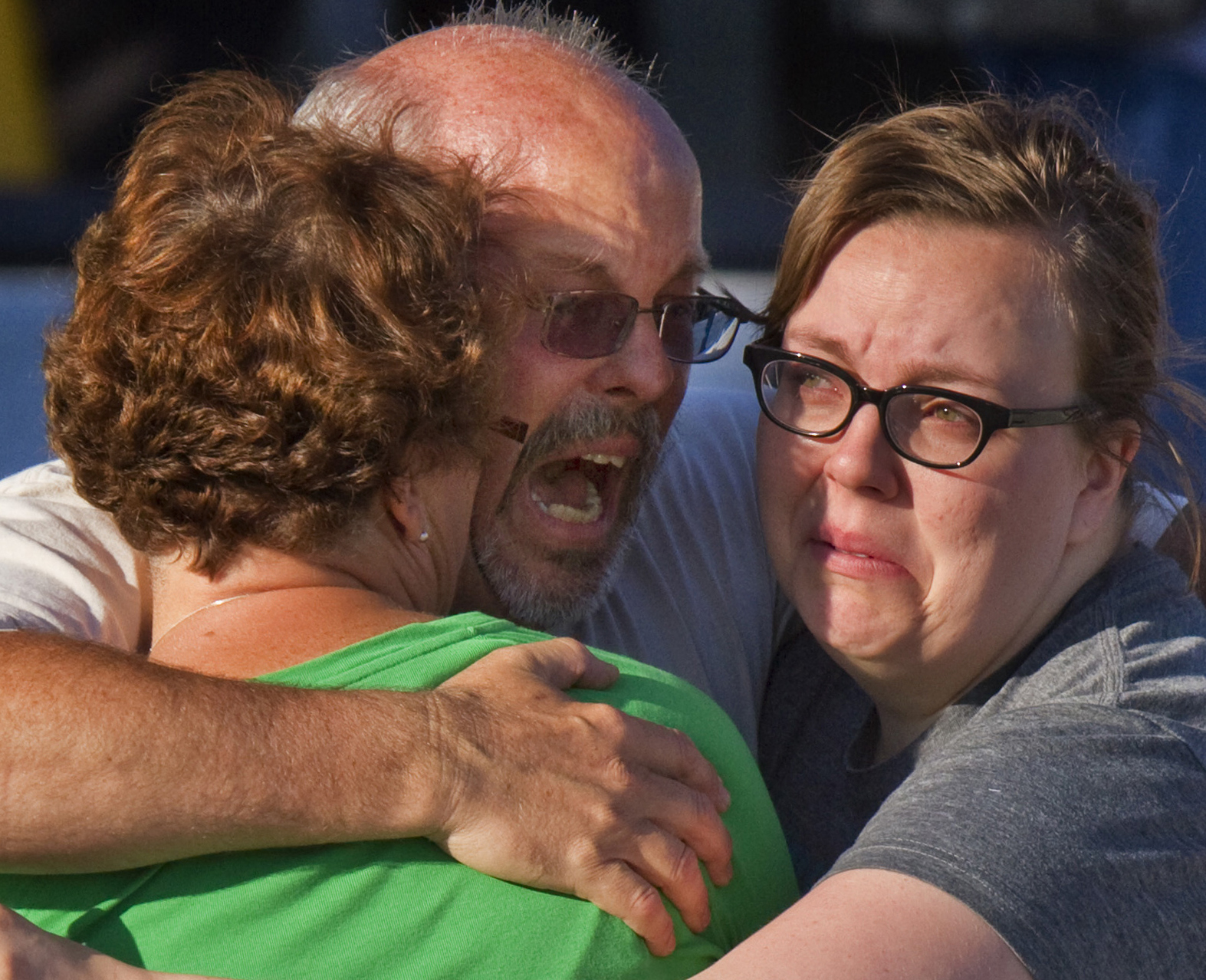 “Please don’t just say my son died,” Tom tells Robert Sanchez, whose profile appears on 5280. “Alex was not taken. He was not lost. He did not pass away. My son was murdered.”

He got to identify his body on a stainless steel table at the medical examiner’s office.

“He was a purplish color,” he said. “You could only see his head, but I was glad. I knew we could have an open-casket funeral.”

“People were dying because of political inaction,” he told Sanchez. “We didn’t have our son anymore, but nobody learned from it. It was like it didn’t matter.”

In July, he was in Las Vegas.

These days, Alex’s death is still felt in ways both big and small. Last year, Tom was in Las Vegas with one of his friends when a gunman began shooting at concertgoers from a hotel room on the Strip. The man killed 58 people and wounded more than 500 others—surpassing Aurora for the most gunshot victims in an American mass shooting. (He killed himself before law enforcement agents could apprehend him.) A few miles away, in his hotel room, Tom awoke around 3:30 that morning and saw the news alerts on his phone.

He and his friend went downstairs into the casino where cable news stations ran video of the nighttime shooting on a nonstop loop. He looked around the room, took inventory of the people. He felt the casino’s energy—folks celebrating blackjack wins, the clatter of coins pouring from slot machines. Fewer than five hours earlier, just up the street, dozens of people had been murdered. At that moment, Tom knew victims’ families were preparing to gather at homes. They would be talking about memorial services and funerals and burial plots. Children would soon be waking up to learn they no longer had a parent or an uncle or an aunt. But here, at the latest home of America’s worst mass shooting, it was as though nothing had happened.

When he thought she’d be awake, Tom called Terry. “I’m OK,” he told her. Later that day, Tom drove past the crime scene. He looked up at the Mandalay Bay hotel where the shooter’s windows were broken out. “People were taking selfies,” Tom remembers. He felt uneasy. Was this what it was like when Alex was murdered? he wondered.

Since then, he’s been running for office again, this time the District 37 seat in the Colorado House. He wants to push a bill that would help family members keep guns out of the hands of people who they think will hurt people.

In Washington, they’ll be talking to Lucy McBath, too. Her son, Jordan Davis, was killed at a Florida gas station in 2012 by a white man who was angry over the loud music Jordan and his friends were playing.

“Absolutely nothing — no politician & no special interest — is more powerful than a mother on a mission,” she said today, shortly after the incumbent representative in the sububan Atlanta district, Rep. Karen Handel, conceded.

Lucy McBath is going to Washington.