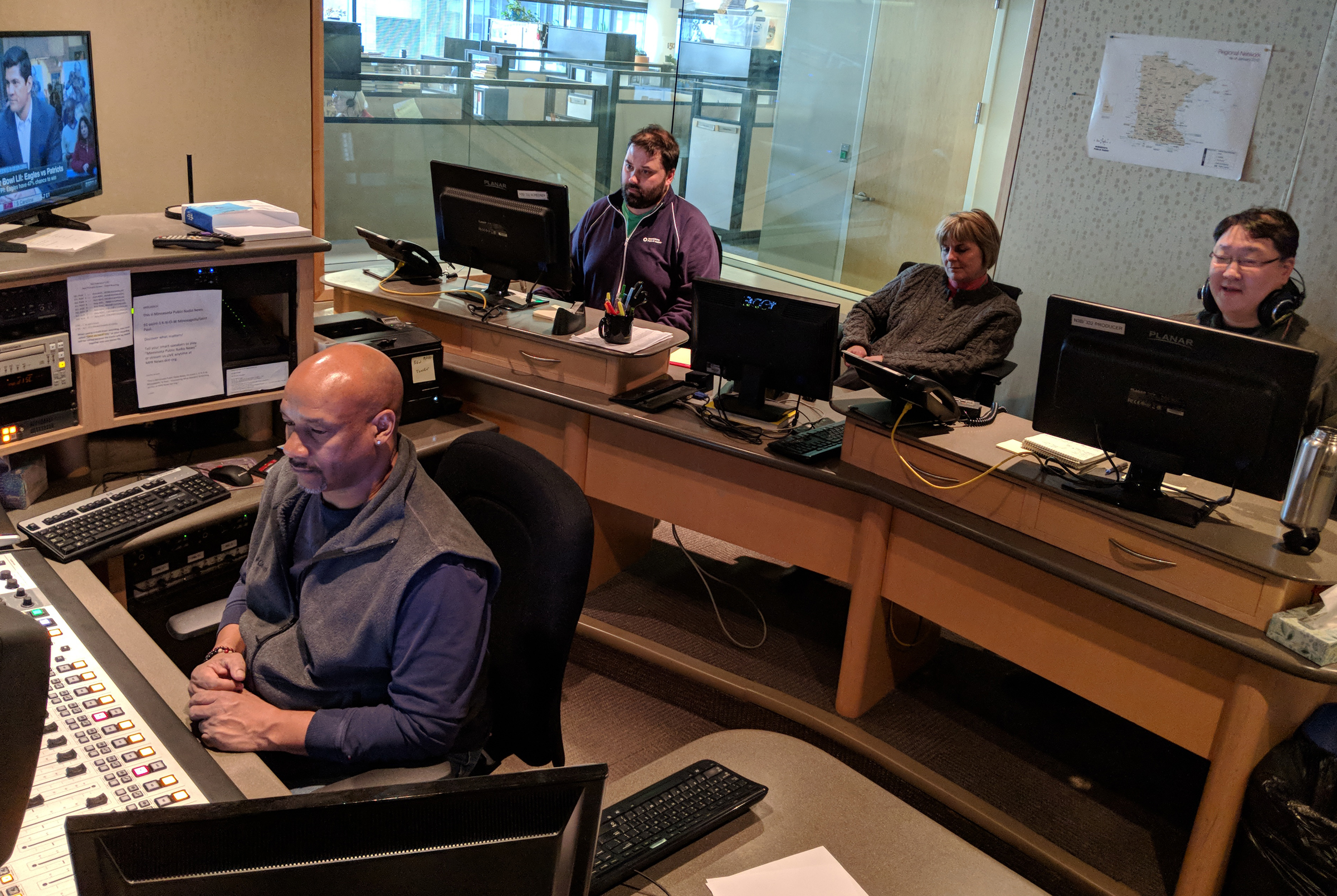 Thursday January 3, 2019
(Subject to change as events dictate. This page is updated throughout the day.)

9 a.m. – MPR News with Kerri Miller
The new congressional session gavels in today (Thursday) at noon. In the midterms, Democrats regained control of the House of Representatives for the first time since 2011. But, with Republicans holding onto control in the Senate and the Executive branch, what can Democrats realistically get done?

10 a.m.- 1A with Joshua Johnson
President Trump’s new tormenters-in-chief chair the House Intelligence, Oversight and Judiciary committees. They all have subpoena power; some say they plan to use it. Who is now checking the president? And how balanced will this scrutiny be?

11 a.m. – MPR News with Angela Davis
Police departments in Minnesota are struggling to fill their ranks with new recruits. Applicants to the St. Paul Police Department are half what they were in the 1990s, and the number of prospects taking the state licensing test has fallen to the lowest level in a decade. Police officials cite a hot private sector employment market and controversies over police shootings and police community relations as part of the reason.

12 p.m. – MPR News Presents
Historian Linda Gordon of NYU speaks about “The KKK and the American Political Tradition.” The movie BlacKkKlansman— based on a true story in 1970s Colorado — is nominated for many Golden Globe awards and the ceremony is Sunday. Linda Gordon spoke at the Minnesota Historical Society’s “History Forum.”

1 p.m. – The Takeaway
Dozens of pharmaceutical makers raise prices in the new year, despite the president’s efforts to curb drug prices.

2 p.m. – BBC NewsHour
China successfully lands a robot probe on the far side of the moon in the first ever such mission

3 p.m. – All Things Considered
A profile of Gavin Newsom; Pelosi as speaker; the shutdown’s impact in Indian Country; religious affiliation and Congress.

6:00 p.m. – Marketplace
If you’re a NBA or NFL fan, you’ve probably noticed that teams are scoring bigger and bigger numbers each game. Today’s episode explores the scoring boom and why it means more money for sports networks.

6:30 p.m. – The Daily
On the 12th day of the government shutdown, the Democratic congressional leaders went to the White House and proposed that the president reopen the government while the two sides ironed out differences on funding for a border wall. A couple of hours after that meeting, we spoke with Senator Chuck Schumer, the Senate minority leader, about his newly emboldened approach and how he and Ms. Pelosi plan to stick together in a divided Washington.

7 p.m. – The World
As Democrats take control of the House of Representatives, we check in on how they plan to use that power to increase oversight over the Trump administration’s foreign policy. Plus, we hear from a Minnesota teacher who went to Washington to witness the swearing in of her new representative, Congresswoman Ilhan Omar.

The former captain of Afghanistan’s women’s national soccer team talks about what she says has been a long pattern of sexual harassment and abuse of players by Afghan soccer officials.

And Israeli students dare to make falafel out of algea. It’s part of an effort to demonstrate new sources of protein to feed people around the world.

8 p.m. – Fresh Air
Writer and film director Adam McKay’s new film Vice, is about Dick Cheney, and it stars Christian Bale who transforms himself into Cheney. The film has been nominated for six Golden Globes. McKay’s other films include The Big Short, Anchorman, and Talladega Nights. He’s former head writer for Saturday Night Live. He also cofounded Funny or Die, and the improv group Upright Citizens Brigade.