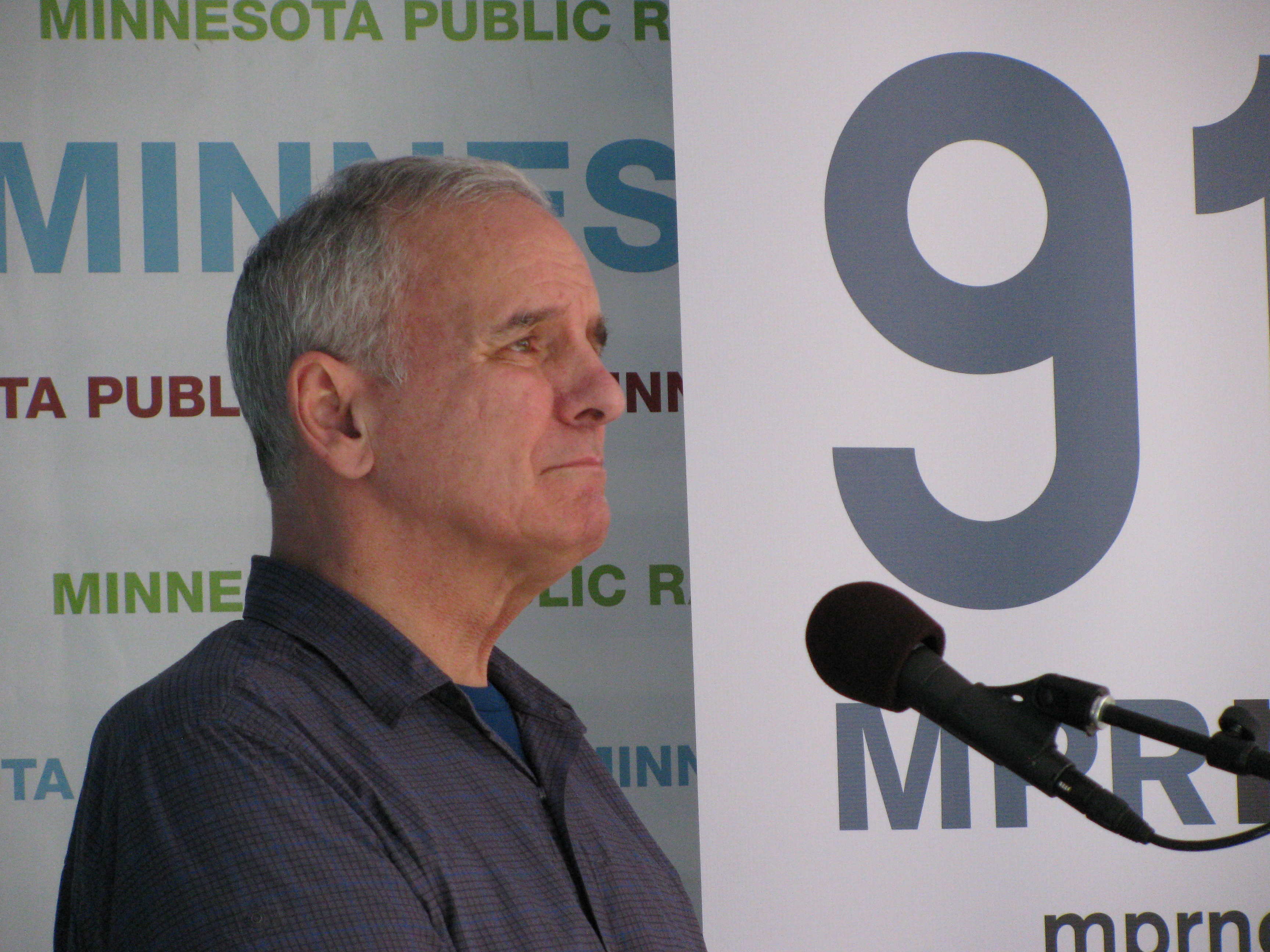 To say Gov. Mark Dayton had an “uneven” Minnesota legislative session this year would be the best way to avoid using another adjective which his detractors have given him since he shut his U.S. Senate office in 2004, the only one of 100 senators and 435 House members to do so because of some unexplained concern over a terrorist attack.

His handling of a medical marijuana bill, for example, was puzzling on a daily basis, encouraging supporters in the morning, assuring law enforcement he was with them in opposition in the afternoon, and whispering support to enraged parents of seriously ill children by nightfall.

Without the outward appearance of leadership, it fell to Sen. Tom Bakk to assume the role of Billy Bulger, the old Massachusetts Senate president who was the de facto governor of his state.

Last evening, Dayton crowned his legislative year by waiting until all the Capitol’s political reporters were in Rochester covering the GOP state convention, to put out a release after hours indicating he’d vetoed the Legislature’s bill putting the kibosh on the state lottery’s plan to allow online scratch-off gambling and lottery sales at gas pumps in the state.

That bill passed the House 126-2 and the Senate 56-5 and his veto could’ve been overridden — maybe — if the Legislature hadn’t waited to send the bill to the governor until the end of the legislative session. But perhaps that was the intent, too. This is leadership in 2014. Nobody stands up.

In his veto letter, again posted after business hours on his website, Dayton characterized the Lottery as a “service,” rather than the “get rich quick” behemoth that seeks to confiscate as much money as it can from the people most likely to fall for the schemes.

Curiously — or perhaps not — there isn’t a single word in his veto letter about the biggest concern the Legislature rightly had about online and gas-pump lottery sales: that it’s a significant expansion of gambling in the state, aimed to get more people hooked to it.

And, because he chose not to face the media and buried the news after the weekly news cycle, Dayton didn’t have to answer the question and concern he ignored in his veto letter.

Supporters of online lottery sales are targeting young people, who, of course, live in an online world. Unless young people start ignoring the math we’re trying to teach them in school, and start throwing their money away, the state won’t be able to protect the bears and birds out in the woods. That’s the theory, anyway, even though only 40 percent of the money the lottery rakes in goes to programs, with the remaining 60 percent going to prizes and the ubiquitous marketing to lure in more players.

It can hardly be much of a secret that a lottery ticket is a tax on the poor.

Andrew Hanson, a policy analyst, at Georgetown Public Policy Institute, spent time as convenience store clerk, and knows what politicians know, too: The lottery is a great way to relieve people of their money:

Some of my conservative-minded friends call the lottery “a tax on stupid.” That’s a blunt way of putting it, but it’s basically true. Lotteries take advantage of people who least understand their odds of winning and can least afford to play. What’s more, the winners get far more money than they’ll ever need.

If the lottery is a tax on stupid, it’s not like most other taxes. Generally, when you tax something, you get less of it. But, with lotteries, the opposite happens: People gamble more. And, in lotteries, they gamble without any real chance of winning.

I’m not naive enough to believe that people will ever stop gambling altogether. And the best argument in favor of state lotteries is that the government often uses the money it raises for good things, like education and anti-gambling initiatives. But governments can raise this money by taxing the gaming industry (where people have at least some chance of winning) directly, instead of running government programs that break the backs of our most vulnerable citizens. This would actually discourage gambling by making the gaming industry less profitable, and it would raise revenue.

It’s true, the lottery has been around Minnesota for a long time (1988). And the money the state lifted from its citizens has been put to some good uses. But what makes the governor’s failure to mention the economics of wooing more people into the scheme all the more puzzling is that his shut-the-lights-off-head-for-home-and-announce-the-veto conclusion to the debate comes in the same legislative session in which he embraced a higher minimum wage, ostensibly to help people on the edge get and then keep just a little more of what little money they have.

There must be a word for that.