How big is the quadcopter threat to aviation? 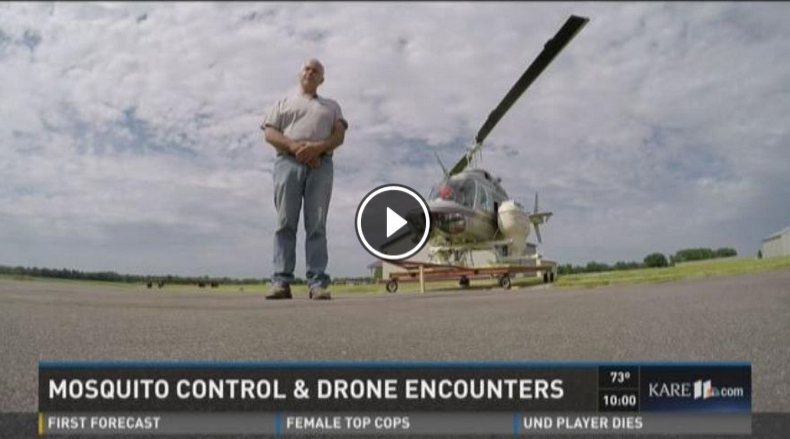 As we asserted in another post earlier this week, tell humans they can’t do something, and they’re probably going to try to do it.

The Federal Aviation Administration has spent countless hours and probably tens of thousands of dollars trying to come up with rules for owners of quadcopters. There are already some rules in place — you can’t fly near an airport, for example.

Scott Churchill owns Scott’s Helicopters, said one of his pilots came within 200 yards of a drone while she treated a swamp below for mosquitoes near Flying Cloud Airport. The helicopter had to take some evasive action. The police couldn’t find the operator of the quadcopter.

It’s a typical story these days; pilots are finding more drones in the sky.

It’s undeniable that if a quadcopter hits an airplane or helicopter in just the right place, disaster could follow, but is the threat significantly different than the one nature already provides? That much is still unclear.

Birds have considerable mass too and represent a similar threat. You can’t see them until it’s too late and when they hit an aircraft, the results could be devastating. And there are a lot more birds up there than quadcopters.

But birds don’t hit aircraft that often (partly because they don’t want to) and no pilot would stay on the ground because there are birds in the sky. It’s an acceptable risk.

So the scale of the quadcopter threat is still not clear, especially since there are terrorists and there are twits to consider.

A recent study suggested a swarm of birds is still a greater threat, but neither is a huge threat.

The helicopter owner’s concerns are legitimate, but the overall issue is ripe for overreaction and that’s what the agency fighting wildfires in California did yesterday when it stopped fighting a wildfire because a pilot saw a quadcopter nearby. The agency cited FAA regulations.

Tonight a hobby drone grounded firefighting aircraft by flying over the #LakeFire. When you fly…we CAN'T! Puts our pilots lives at risk.

Of course, the hobbyist shouldn’t have been flying a quadcopter where the FAA had established a no-fly zone. But halting operations is overkill. Flying is inherently risky and it’s impossible to do it risk-free; risk is something aviators manage and staying on the ground because a knucklehead is flying a quadcopter is illogical and impractical.

It’s a dramatic way to make a point, but the quadcopters aren’t going to be banned out of the sky, even if the FAA bans them out of the sky.