What to do with children who kill?

[Update 2:57 p.m. – Judge Cahill sentenced Ali to life imprisonment with the possibility of parole after 30 years on each of the murder counts against him. But he made the sentences consecutive rather than concurrent. Ali will not be getting out of prison.]

The U.S. Supreme Court decision striking down mandatory life sentences for juveniles has reached one of Minnesota’s most heinous crimes.

The Star Tribune reports that today that Mahdi Hassan Ali will be given a shorter sentence, and probably be eligible for parole after he serves 30 years in prison.

Ali was first sentenced in 2011 for the killings of three innocent people at Seward Market and Halal Meat on East Franklin Street in Minneapolis. It was a botched robbery.

Today is the sixth anniversary of the killings.

At the time of the trial, it was unclear just how old Ali was. It made a difference.

He’s the first kid serving a life sentence in Minnesota to get a reduced sentence after a U.S. Supreme Court ruling.

How did it come to this? The Minnesota Supreme Court sent the case back to Judge Peter Cahill in 2014. It wasn’t without controversy. 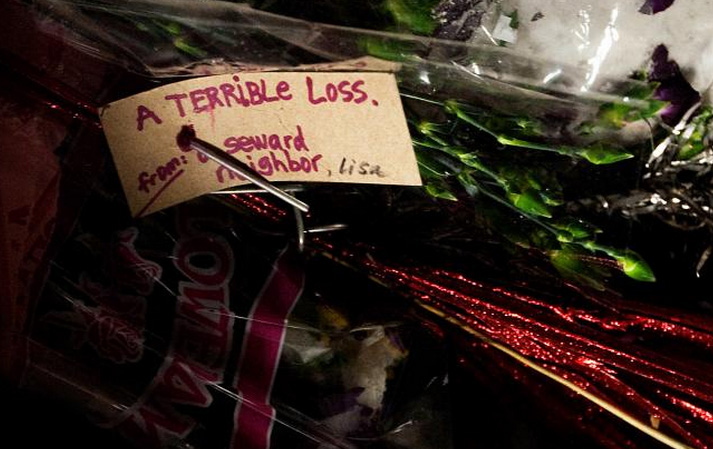 The Minnesota Supreme Court today faced a question: Should it fix a state law that’s unconstitutional because it mandates that minors be sentenced to life without parole in particular heinous crimes?

Mahdi Hassan Ali took part in the killings of three people in a botched 2010 robbery at Seward Market. Killed were store employees Osman Jama Elmi, 28, of St. Paul, and Mohamed Abdi Warfa, 30, of Savage, Minn. A customer, Anwar Salah Mohammed, 31, of Brooklyn Park, Minn., was shot dead when he came in to buy a phone card. Ali chased him through the store and shot him three times in the back.

A Hennepin County judge sentenced him to three consecutive life terms in prison in October 2011. He was 17 at the time and tried as an adult, although his exact age was unclear. His defense attorney insisted he was only 15, presenting a Kenyan birth certificate that was in dispute. His conviction was based partly on tipsters who steered police to Ali and also the existence of surveillance video from several stores. 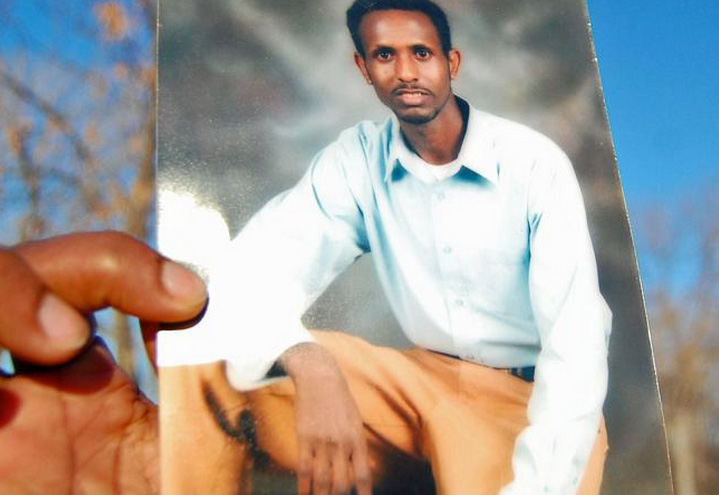 The Minnesota high court said the district court was correct in tossing the birth certificate as evidence. “Without the birth certificate, Mahdi (Ali) has no support for his contention that he is entitled to postconviction relief,” Chief Justice Lori Gildea wrote in today’s opinion.

But Gildea overturned Ali’s sentence (see full opinion), which was based on a state law requiring mandatory life without parole under Minnesota’s “heinous crimes” statute. That didn’t come as much of a surprise because even prosecutors concede that the sentence was unconstitutional in light of the U.S. Supreme Court’s ruling. But what to do about that fact did spark disagreement.

Mahdi’s attorney wants him sentenced to life with the possibility of parole after 30 years. Gildea noted that the Legislature has been silent on how to fix a state law that’s unconstitutional.

So she stepped in.

Gildea ordered Ali resentenced, leaving open the possibility that he could still receive a sentence of life without any chance of being released, ordering the lower court to consider his age and mitigating circumstances in determining the sentence. That would be consistent with the parameters ordered by the Supreme Court, but is it Gildea’s job to fix the law?

In his dissent, Justice Alan Page said a sentence of life in prison with the possibility of release after 30 years is more appropriate because that was the sentence that would have imposed before the Legislature changed a law that was subsequently ruled unconstitutional.

“The court’s decision to modify the unconstitutional sentencing scheme now in place and replace it with a judicially created scheme usurps the Legislature’s authority to amend its own statutes,” Page wrote.

“By remanding to the district court to decide after a hearing whether Mahdi should be sentenced to LWOR or life imprisonment with the possibility of release after 30 years, we encroach on the Legislature’s responsibility to fix the limits of punishment,” he said.

“Amending statutes is, and always has been, the Legislature’s job,” he wrote.

“We must declare the heinous-crimes statute unconstitutional as applied to Ali and remand the case to the district court with instructions to impose a sentence of life with the possibility of release,” he said.

On this sixth anniversary of a horrible night, it might not be a bad idea to remember the people who died and how they perished.

At 7:44 p.m., on January 6, two masked men walked into the Seward Market on East Franklin Avenue in Minneapolis. The first man, who had covered his face with a blue bandana, held a black semiautomatic pistol in his right hand.

His accomplice, a taller man whose black-and-white striped shirt poked out from under his winter coat, entered behind him. When the men entered, Osman Elmi, an employee of the market, and Mohamed Warfa, a relative of Elmi’s, were sitting behind the store’s counter. The man with the gun thrust it in Elmi’s face and both Elmi and Warfa put their hands in the air.

The man with the gun then pulled Warfa to the ground. The accomplice went to the back of the store to control a woman who was shopping and an elderly man who had been helping her.

When Elmi and Warfa yelled to the woman and the elderly man in the back to call the police, the accomplice demanded in Somali that the man and woman give him their cell phones. The woman lied and said
she did not have a cell phone with her.

She pleaded with him in Somali, saying “please don’t kill us, please, I have children at home, I’m a mother, don’t kill us.” The accomplice then hit the elderly man.

Surveillance footage shows that customer Anwar Mohammed then entered the
market. As soon as Mohammed entered and saw the robbery in progress, the man with the gun shot him two times, including once in the head.

The accomplice started to yell in Somali, “Don’t kill” or “No killing!” After shooting Mohammed, the man with the gun ran out of the store. Warfa followed him a short distance before returning to the store.

The shooter then reappeared and shot Warfa at least twice. Warfa fell, his body holding the door of the market open and the second robber jumped over him and ran out the door.

Elmi, who was still inside the store, fumbled for his cell phone after the two robbers left. Before he could complete the call, the shooter returned and chased Elmi through the store. A rack of snacks tipped over and spilled as the two men raced around a corner, before the shooter shot Elmi three times in the back.

Surveillance video shows the shooter leaving the store for good at 7:45 p.m., just over a minute after he entered. All three victims died within minutes of being shot.

As soon as the shooting started and the second robber started to flee, the woman and the elderly man in the back of the store ran and hid in the store’s freezer. The woman called 911.

She told the 911 operator that there was a robbery at the market, that she had heard gunshots, and that she was in the freezer at the store. She said, “I’m so scared, I’m so scared. I have six children, I don’t want to die.”

Two Minneapolis police officers responded to the call. As they drove up to the store, they saw two bodies lying in the entryway of the store. When the officers got out of their squad car, they searched the store for the robbers and found a third victim inside. They also found the woman and the elderly man in the freezer, hiding.