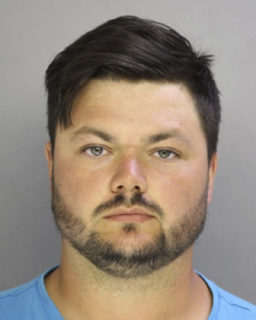 David Desper, of Pennsylvania, would have gotten to wherever he was going about 10 seconds later had he let Bianca Robinson merge as two highway lanes became one. Instead, he shot her in the head and will likely be right on time for prison.

It’s the latest and most egregious case of road rage in America, but it’s hardly a solitary event because Americans have a psychotic break with reality when someone challenges their pick-up truck superiority on the roadway.

Perhaps nothing angers the American driver like someone obeying the law when trying to share the road. If we’re honest, we’ve either felt threatened by someone wanting to merge, or we’ve gotten the one-finger salute when we’ve tried to.

“There’s an old cliché in driving studies,” says Tom Vanderbilt, author of Why We Drive the Way We Do (And What It Says About Us): “‘A man drives as he lives.'”

This is not a traffic problem, he says. This is a human problem.

The road, more than simply a system of regulations and designs, is a place where many millions of us, with only loose parameters for how to behave, are thrown together daily in a kind of massive petri dish in which all kinds of uncharted, little-understood dynamics are at work. There is no other place where so many people from different walks of life–different ages, races, classes, religions, genders, political preferences, lifestyle choices, levels of psychological stability–mingle so freely.

Compounding the problem is the zipper-merge, the correct, but terrorizing, idea that if people wait until late in a merge zone to scoot over, traffic will flow better. Assuming you don’t get shot, of course.

Nothing on the road seems to inflame people like the zipper merge. A MnDOT study some years ago found 15 percent of drivers surveyed actually straddled the lanes to keep people from passing them to merge later down the line.

This may be just another thing that’s generational. A MnDOT 2013 survey found 25-to-34 year old drivers are more comfortable with the zipper merge than their elders.

So maybe there’s hope in the future that an 18-year-old kid can go shopping with her mother and grandmother, her whole world still ahead of her, without getting shot in the head for trying to get home.

But not yet. Better just to be an early merger and let the self-appointed merge police feel better about their lives. Because they’ve got guns.

Road rage What's wrong with you?