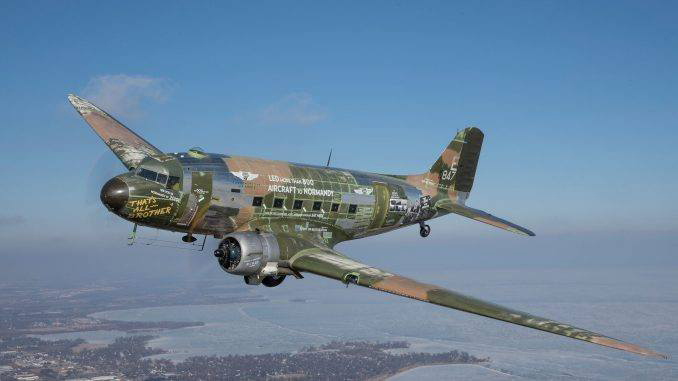 As I mentioned in an extensive post yesterday, it was hoped the weather would cooperate so the plane that led the D-Day invasion could return to the sky after being discovered and reconstructed in Oshkosh, Wis.

The Commemorative Air Force hopes it will lead the 2019 D-Day observance over Normandy.