The acceptable normalcy of mass slaughter

Nothing is going to change.

Nobody is going to say anything new.

This is the society we have chosen.

The slaughter of children will continue.

This is America’s normal.

These are the realities in the wake of the latest school shooting. Embracing God and a perverted definition of freedom, we believe that a person should be able to buy a gun intended to kill lots of kids in a hurry, faster than the armed security guard — the person you think is the solution — can put down his doughnut.

When I wrote this headline, I had no idea it would be applied to the high school a mile from my house. https://t.co/Vm1jCaiugo

We will, once again, embrace the templated theater of mass killing.

We have passed the “thoughts and prayers” stage of a shooting, we’ve done the candlelight vigil, are working our way through the “how to talk to your children about mass killings” and we should be hitting the “good guy with the gun”, “why does the media use the shooter’ name,” and the “we shouldn’t politicize tragedy” proclamations of co-conspiratorial politicians any minute now.

Everything is proceding right on schedule. Normally.

This image is on the front page of just about every newspaper in America. We’ve seen it all before. One minor distraction on the way to the sports section. A woman of faith in a moment that even God couldn’t stop. 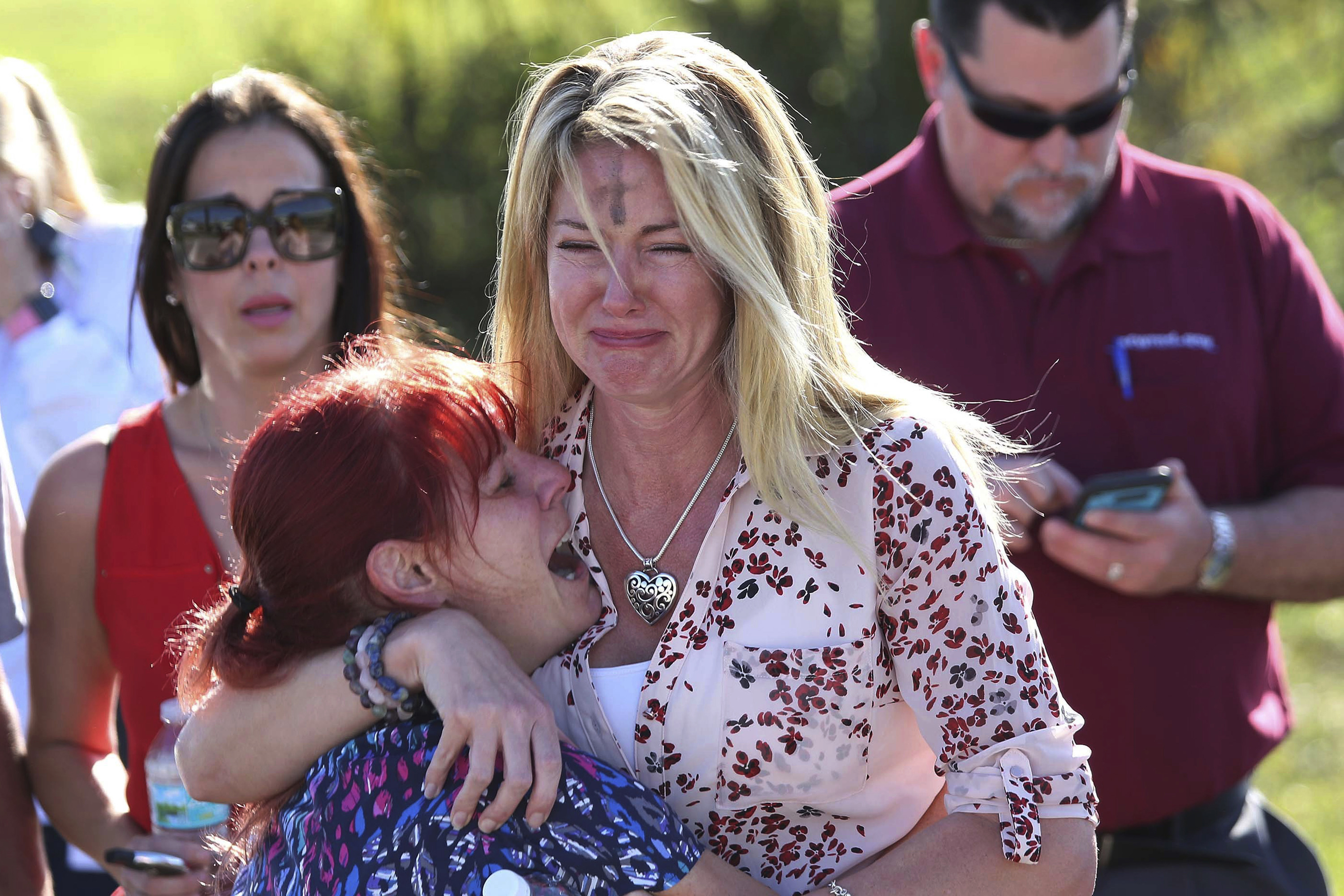 We are one day closer to the mass killing of children hardly registering a blip in the news cycle.

With every massacre, we have deliberately decided that this is normal, and they don’t matter. Our Founding Fathers were wise to envision that this is the country we should have, and we’re just fine with that.

In its editorial today, the Miami Herald says it’s “ridiculous” to ask when we’re going to get serious about this.

If 20 schoolchildren shot dead in 2012 didn’t move Congressional lawmakers to push through some sort of common sense on gun ownership, it’s unlikely that the Parkland massacre will move them beyond thoughts and prayers, either.

Predictably, there will be outrage as we find out how easily the suspect got his hands on a rifle; local, state and federal lawmakers will either blame, or not blame, our gun culture; others will say guns had nothing to do with it, it’s a mental health issue. If — big if — legislation results, it will die, thanks to the sway, and deep pockets, of the National Rifle Association. Mass shootings in New Hope, San Diego, Orlando and Las Vegas has netted zero gun laws.

Then there’s this question: How long will our leaders, after offering up thoughts and prayers, continue to say, with their inaction, “Oh well?”

Don’t pause to even consider the question. It was answered at Sandy Hook.

I’m at a loss of words.. How can someone hurt innocent people like this.. My prayers go out to everyone that was involved in this catastrophic incident that was something that should never happen.. Always remember to tell your loved ones that you love them. Never know your day. pic.twitter.com/S1dDSSzCZp