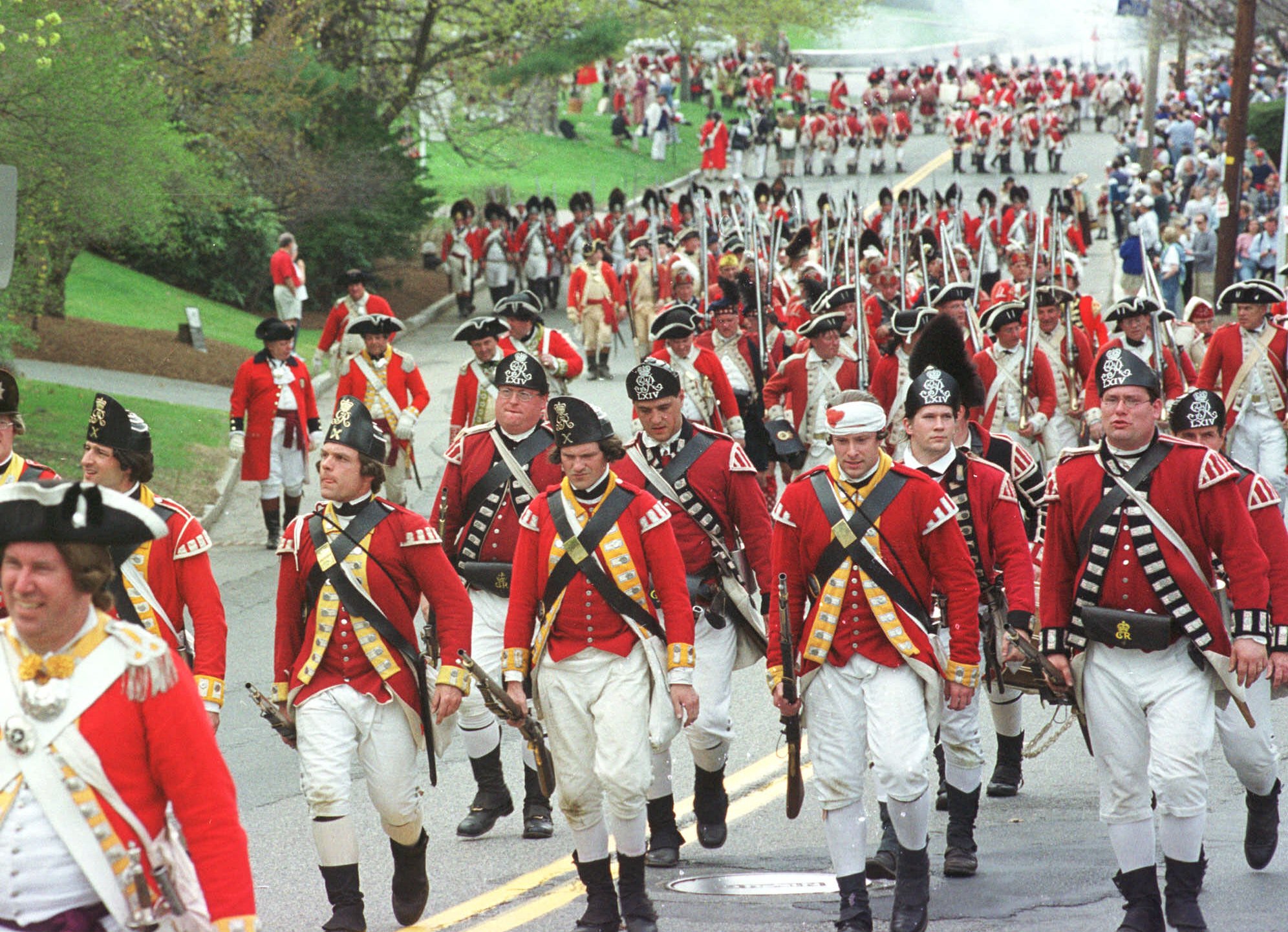 This is a busy time of the year for the well-regulated militia around Concord and Lexington, Mass. Two weeks from today is the anniversary of the beginning of the American Revolution, which turned out pretty well, depending on whom you talk to, of course.

About 200 Colonial wannabees showed up over the weekend to practice for the annual recreation of the battles of April 19, 1775,using their muskets, which many of them insist is not a gun.

It’s an odd debate that exists among colonial reenactors, given that their not-a-guns are at the center of the debate over the reach of the Second Amendment.

“I don’t own a gun,” David Nunes, a 57-year-old from Gloucester, tells the Boston Globe. He did so while holding his musket. “Is this a real weapon? Yes,” he said. “Realistically, is it a real weapon for today’s world? Absolutely not.”

“It’s an ongoing debate in my house about whether this is a gun,” said Peter Secor, 56, from Bedford. “I’m not a gun owner. I’m not a gun owner, but I have a musket,” he said after pointing it and shouting ‘bang!’.

“I have no issue with people using this narrative to show people as a real-life example of what happens when an entity tries to take away weapons,” said Ryan Hayward, a 31-year-old from Medford. “I mean, that’s exactly what the British were trying to do on April 19, literally.”

The fighting unfolded after British General Thomas Gage ordered 700 soldiers to march from Boston to Concord to seize a cache of weapons and arrest the patriots’ leaders. Alerted by Paul Revere and other riders, colonists fought with the soldiers on Lexington Green, then turned them back at Concord’s North Bridge. From there, it was a bloody retreat back to Boston.

Though Hayward does not own any modern firearms, he said reenacting has helped him better understand the issues around them.

“It puts me in a position where I can see why the people of past chose to write the Second Amendment into the Constitution.”

For 68-year-old Bill Rose of Bolton, a Navy veteran from the Vietnam War who portrays a British regular officer on horseback in this event, reenactments do not provide answers to modern political questions: They ask them.

“In terms of what somebody actually thinks when they leave here about the issue of firearms, I don’t know, because I’ve never asked,” Rose said.

“To be candid, I’m uninterested what they feel, as long as they question it,” he said. “Just ask the question, will you?”

Besides, they say, the Second Amendment hadn’t been written yet.