General Mills makes a case for giving parents a break 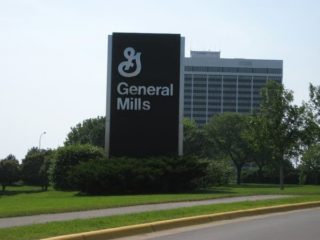 General Mills has always made lists of best places to work in these parts and in unveiling expanded parental leave and caregiving policies today, the company has demonstrated anew why.

It’s good business; the company has to compete with other family-friendly employers for people who value that sort of thing and it’s encouraging to the working world that benefits are increasingly being seen, not as a mere favor for employees, but a business arrangement beneficial to both sides.

According to the Star Tribune, new parents will get 12 weeks paid time off, new birth moms get an additional six to eight weeks for their physical recovery, caregivers will get two weeks paid time off every year to deal with immediate family members struggling with serious health conditions.

The benefits also provide the rare common ground on a the new reality of life in 2018: we can’t balance the needs of our families with the needs of our employers. We’ve reached a breaking point.

Across the generations, too, it usually falls on women, although fathers are getting a better deal with 12-weeks paid time off too. It’s all too much.

The new policy doesn’t start until January; that’s not good news for employees whose babies are due soon, but the company had to start somewhere.

And it’s only for salaried, non-union workers, although there’s an argument to be made that the others are humans, too.

“Those who can least afford to be able to take unpaid time are also the least likely to have paid time off,” Debra Fitzpatrick, co-director of the Center on Women, Gender and Public Policy at the University of Minnesota, tells the Strib. “We look to these companies as models, but it’s really important that we recognize low-income babies need care just as much as high-income babies need care.”

A point that’s reinforced with yesterday’s post about time spent with children being the one thing that guarantees educational success.

That recognition of the need to recognize that all babies need care, not just the ones of employees that needed to be enticed to work for some companies, is glacially slow in coming, though.

A commenter in the Strib probably spoke for the what-about-me caucus when he lamented the impact on the price of cereal.