If he’s not careful, Glynn will find himself the winner of multiple races in a write-in campaign. 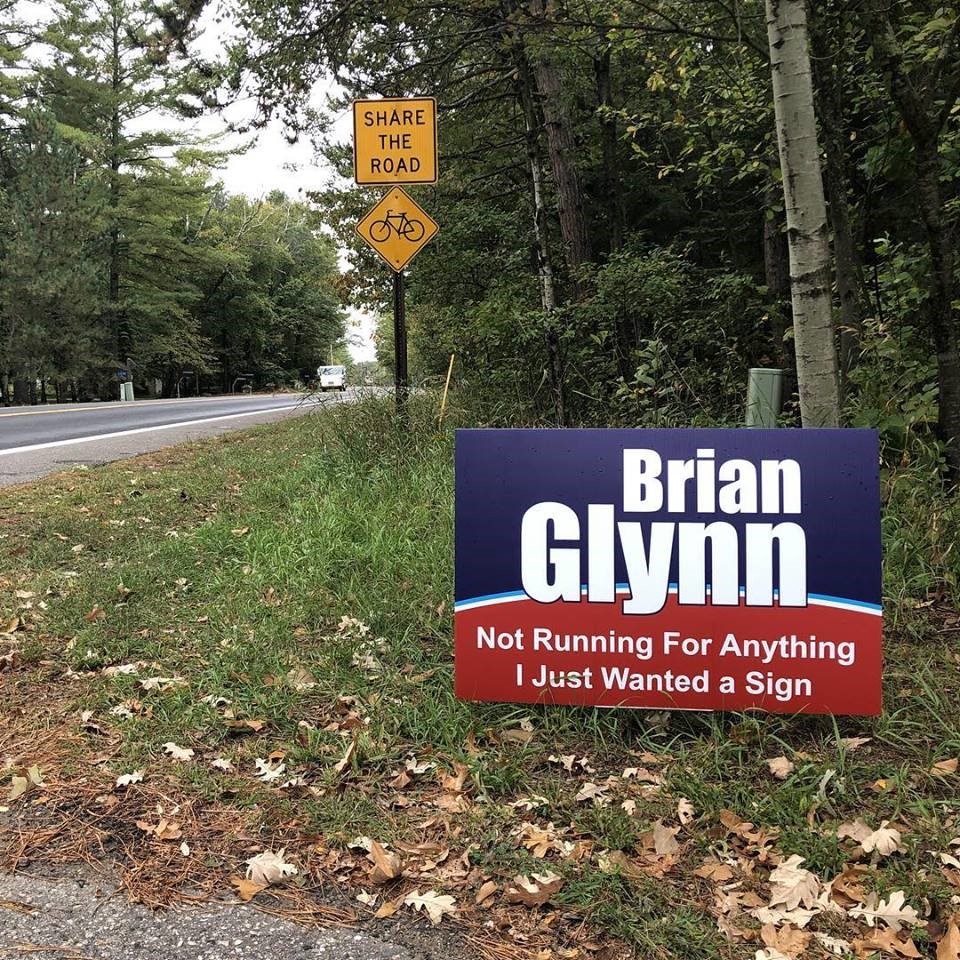 With minimal effort, we have traced the lineage of the practice to Montreal in 2015, when a non-candidate, mocking Quebec’s political sign laws, threw up a bunch of similar signs.

“I want everyone to know that anything is possible as long as you’re not really trying to do anything,” Tyler Lemco said.