A Minnesota museum built on sandpaper is a testament to grit 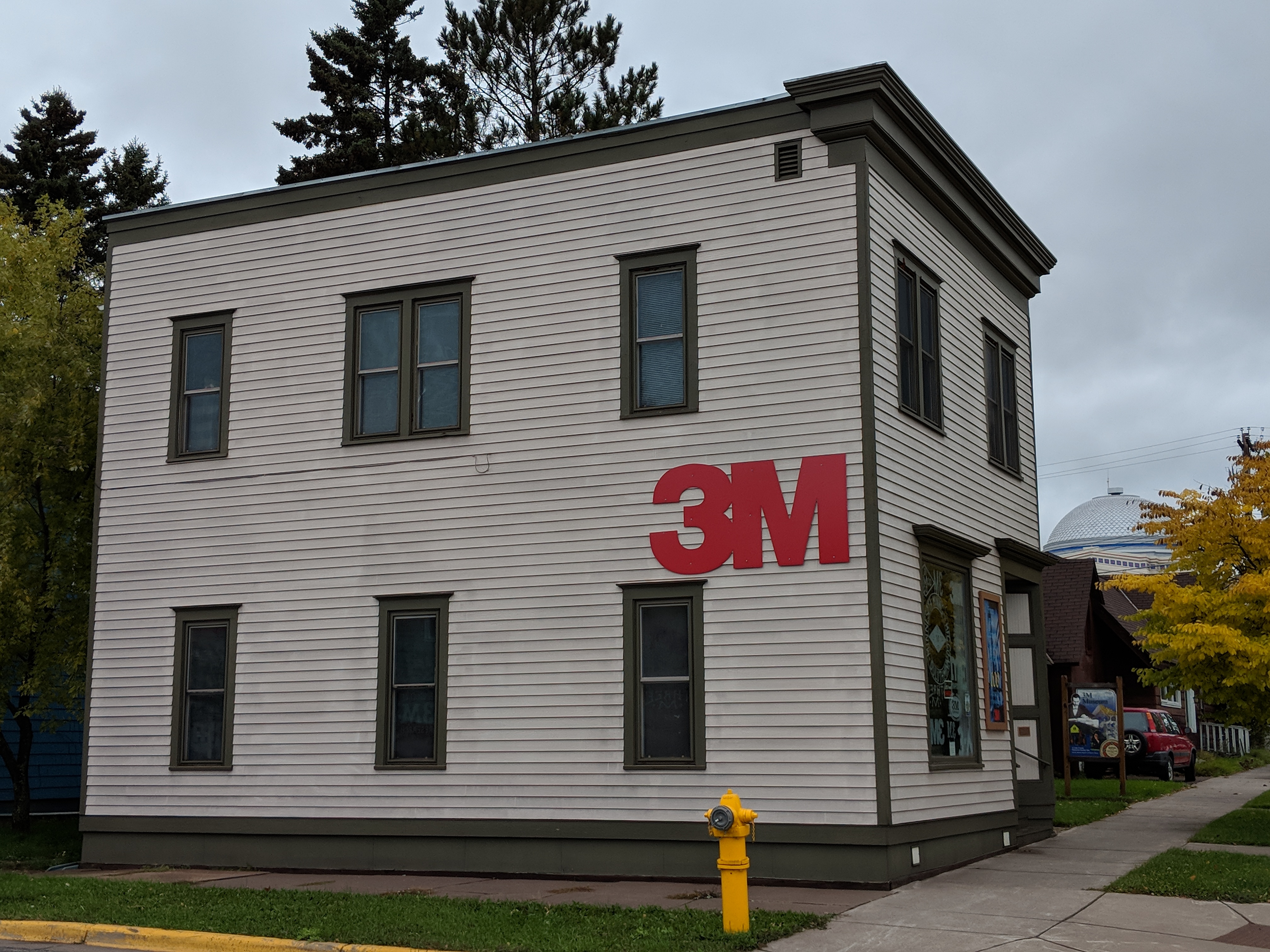 Two Harbors, Minn. — It’s a good thing that John Dwan, Henry Bryan, Harmon Cable, and J. Danley Budd had already made some money in various businesses around Two Harbors right around the time they started thinking there was money in the ground on the North Shore.

The four — a lawyer, a butcher, a doctor, a railroad baron — weren’t particularly good at all things mining.

So when they — along with William McGonagle of Duluth — started their little mining company in 1902 by incorporating at Dwan’s office on Waterfront Street, it was good news for the local barkeeps who, legend says, would take two shares of the company’s stock in exchange for a shot of whiskey. Some bar owners used the stock to wallpaper and insulate their taverns.

And so began the Minnesota Mining and Manufacturing Company. Otherwise known as 3M. 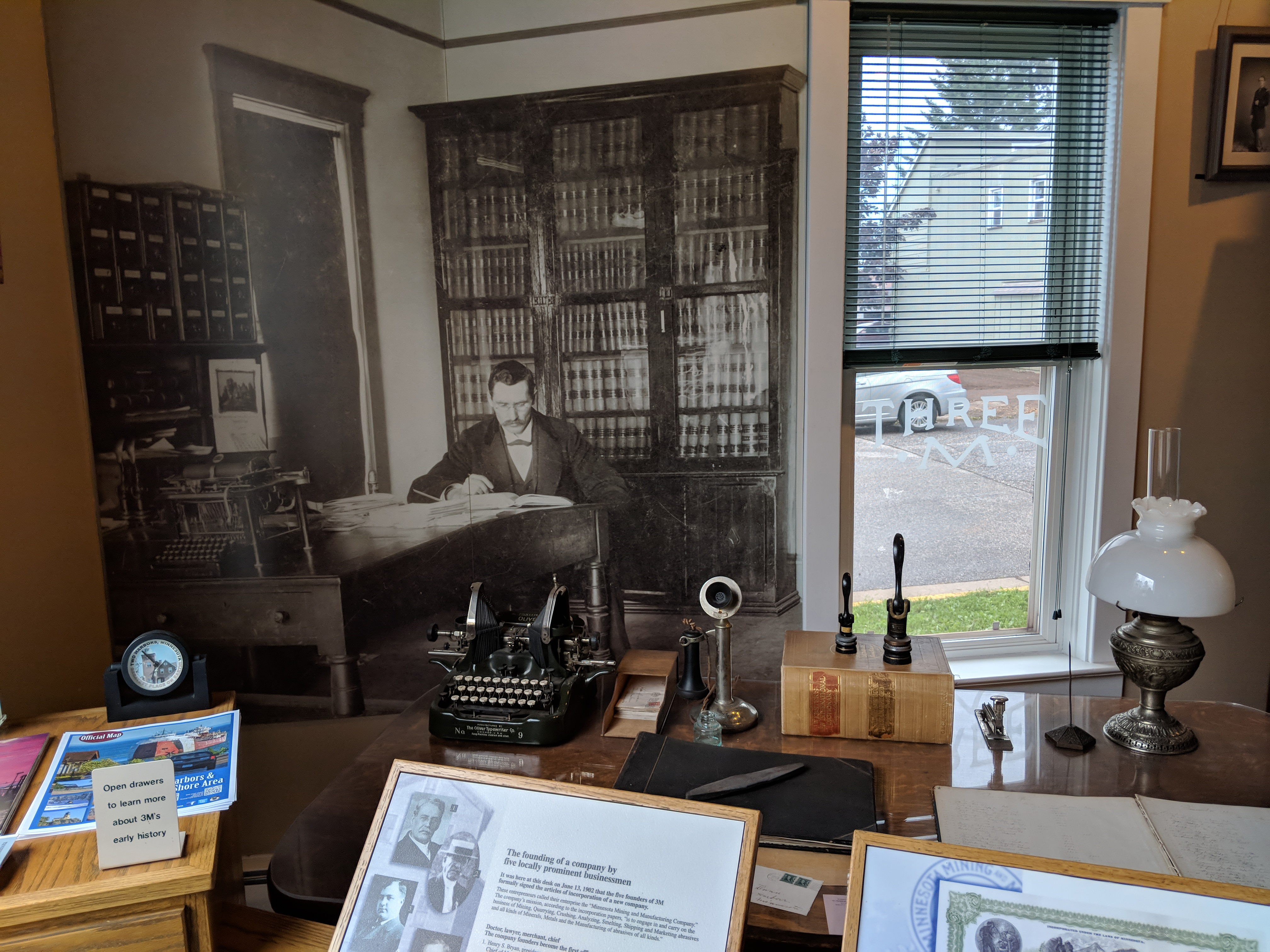 The partners were chasing little more than a prospector’s rumor when they each ponied up $1,000 (about $25,000 in today’s dollars) to build a mine in Crystal Bay. There was corundum on the North Shore, an aluminum oxide that could be used in abrasives, something desperately needed in a country gearing up its industries.

Or so they’d heard.

They built a five-story mine and processing center.

One problem: it wasn’t corundum. It was anorthosite. And it was pretty much worthless.

They mined and sold one ton of anorthosite from Crystal Bay. They made $20. 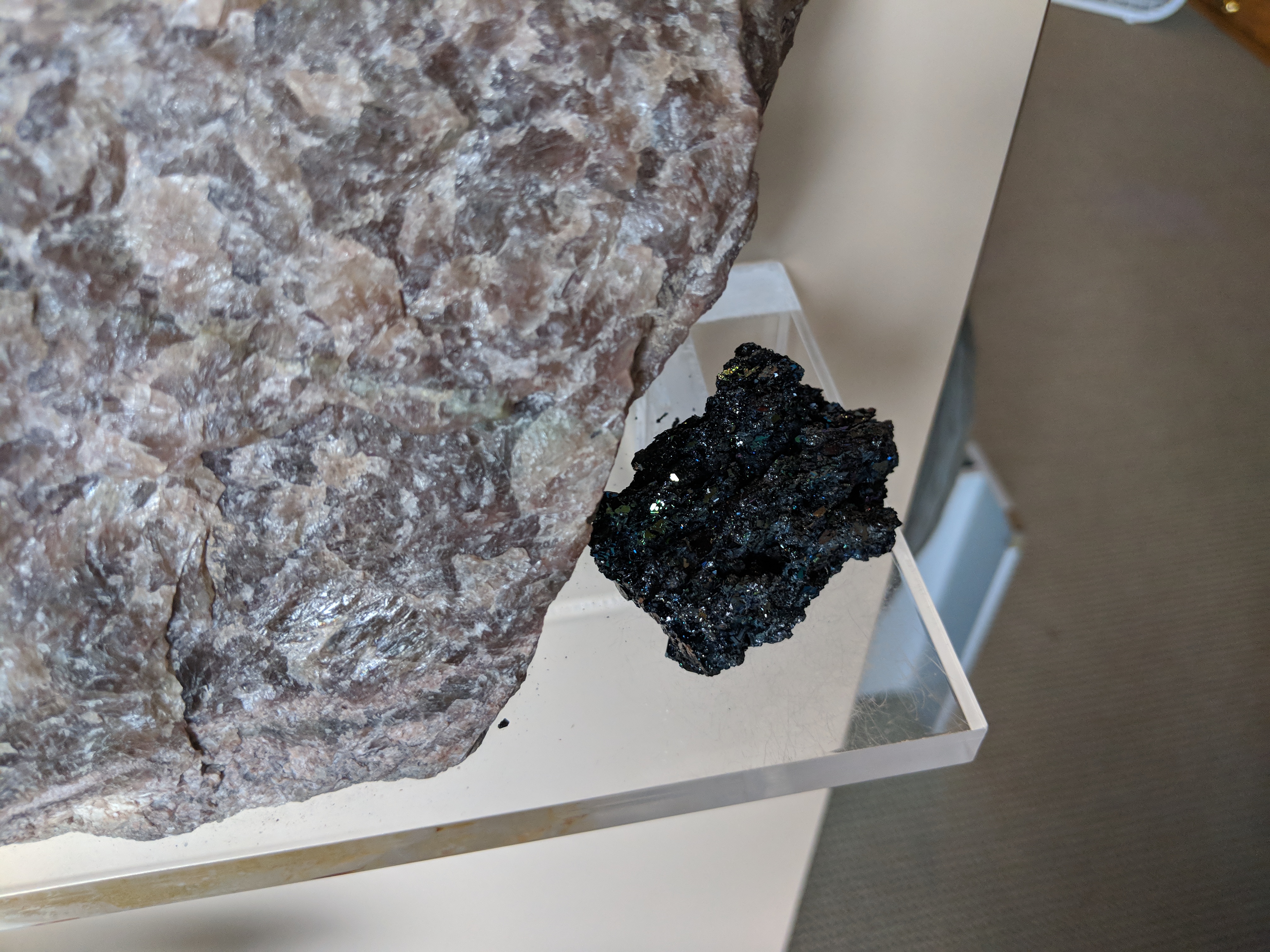 “By 1904, the five original owners couldn’t sell their stock,” according to Ellen Lynch, a Twin Cities native who moved to the area six months ago armed with a master’s degree in museum science and an appreciation for the state’s Legacy Amendment, which allows museums outside of the Twin Cities to exist.

They shut the mine down but continued to explore ways to make sandpaper and grinding wheels using imported material, accounting for the museum’s initial focus on what could have made Two Harbors famous. 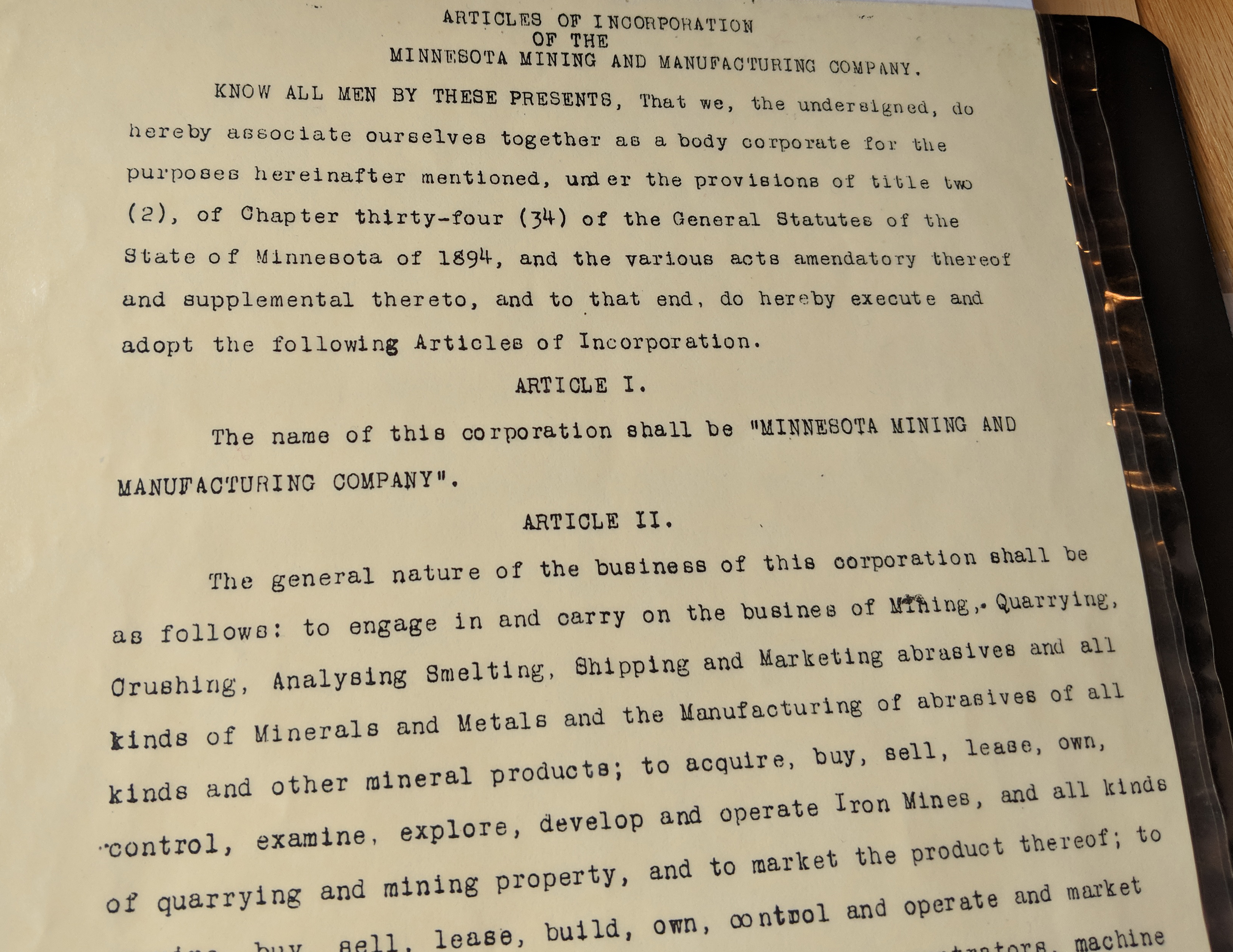 Two Harbors is the birthplace of the company but the museum in Dwan’s old law office is fitting for the reality of the company’s history.

“Two Harbors was a very small blip in 3M history,” according to Lynch, the manager of the Lake County Historical Society. “Sandpaper was made in Duluth for a very short period of time but it was quickly moved to the Cities.” 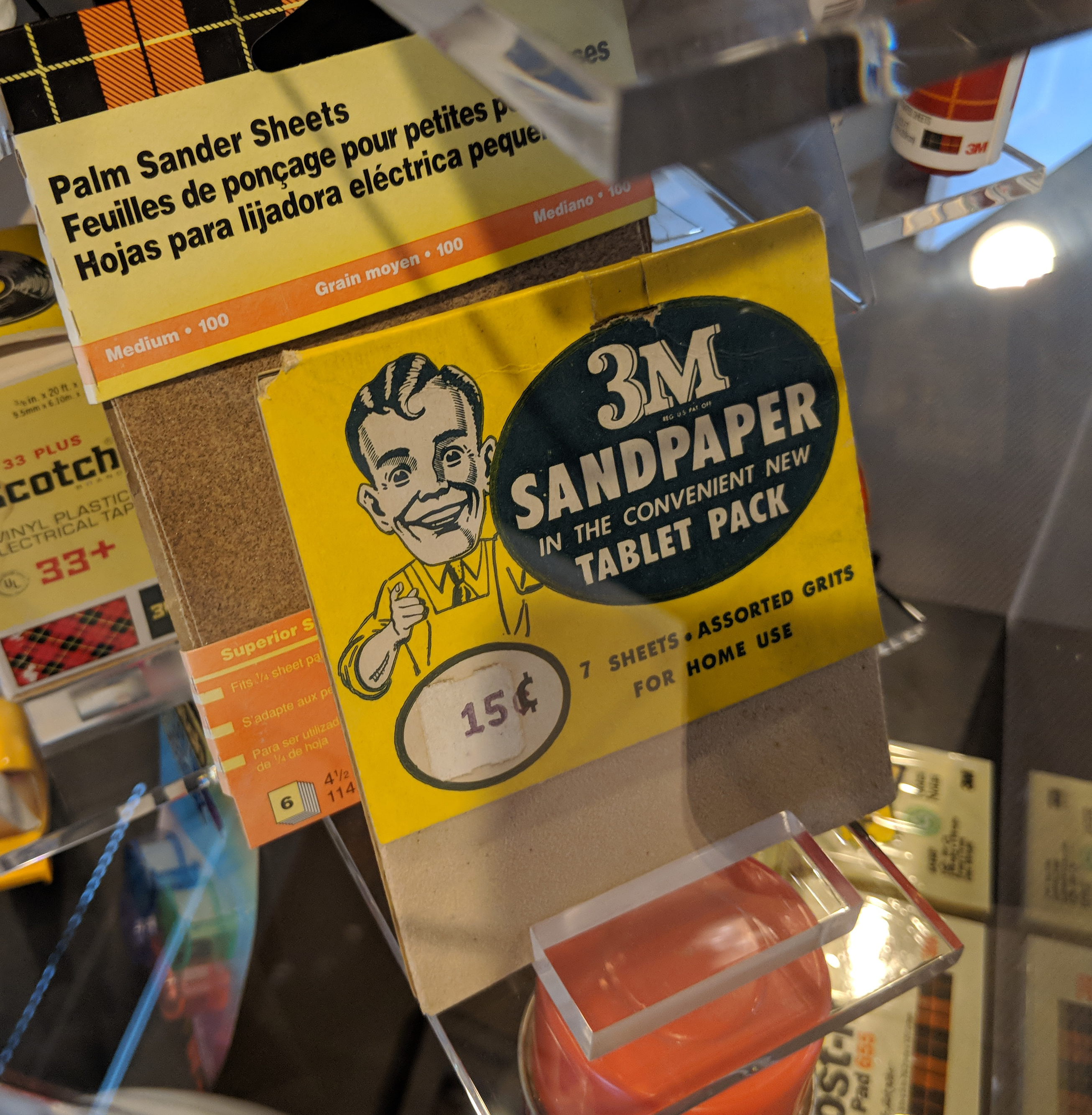 The museum isn’t a destination museum. It’s more of an “as long as you’re in Two Harbors” exhibit.

But it’s enthralling nonetheless to stand in a three-room museum in a small town in northern Minnesota and consider the unlikely start for one of the planet’s most successful companies because by the time the five partners sold most of their company to Lucius Ordway of St. Paul in 1905, it was nearly bankrupt.

Ordway, too, thought there was corundum on the North Shore. 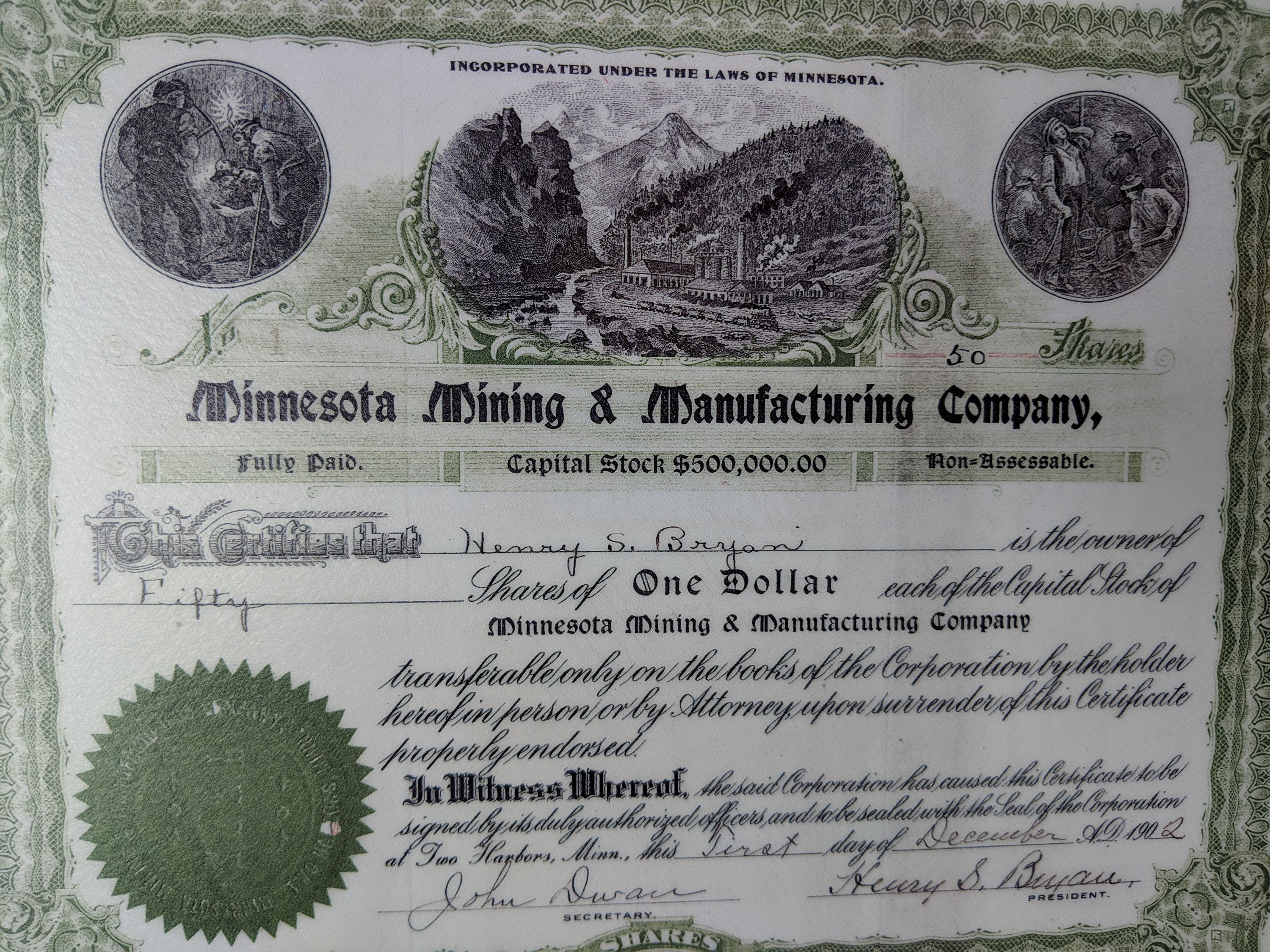 The company bought a plant in Duluth and tried to make sandpaper there but corundum and the humidity of the Duluth waterfront made for lousy sandpaper.

Ordway moved the operation to St. Paul and by then had hired William McKnight, who became its sales manager. He also met with workers who actually used sandpaper and helped give the company its legitimacy in the industry.

“It was a struggle the first 10 years,” Lynch said while providing a tour of the museum whose historical artifacts are confined mostly to a single room. 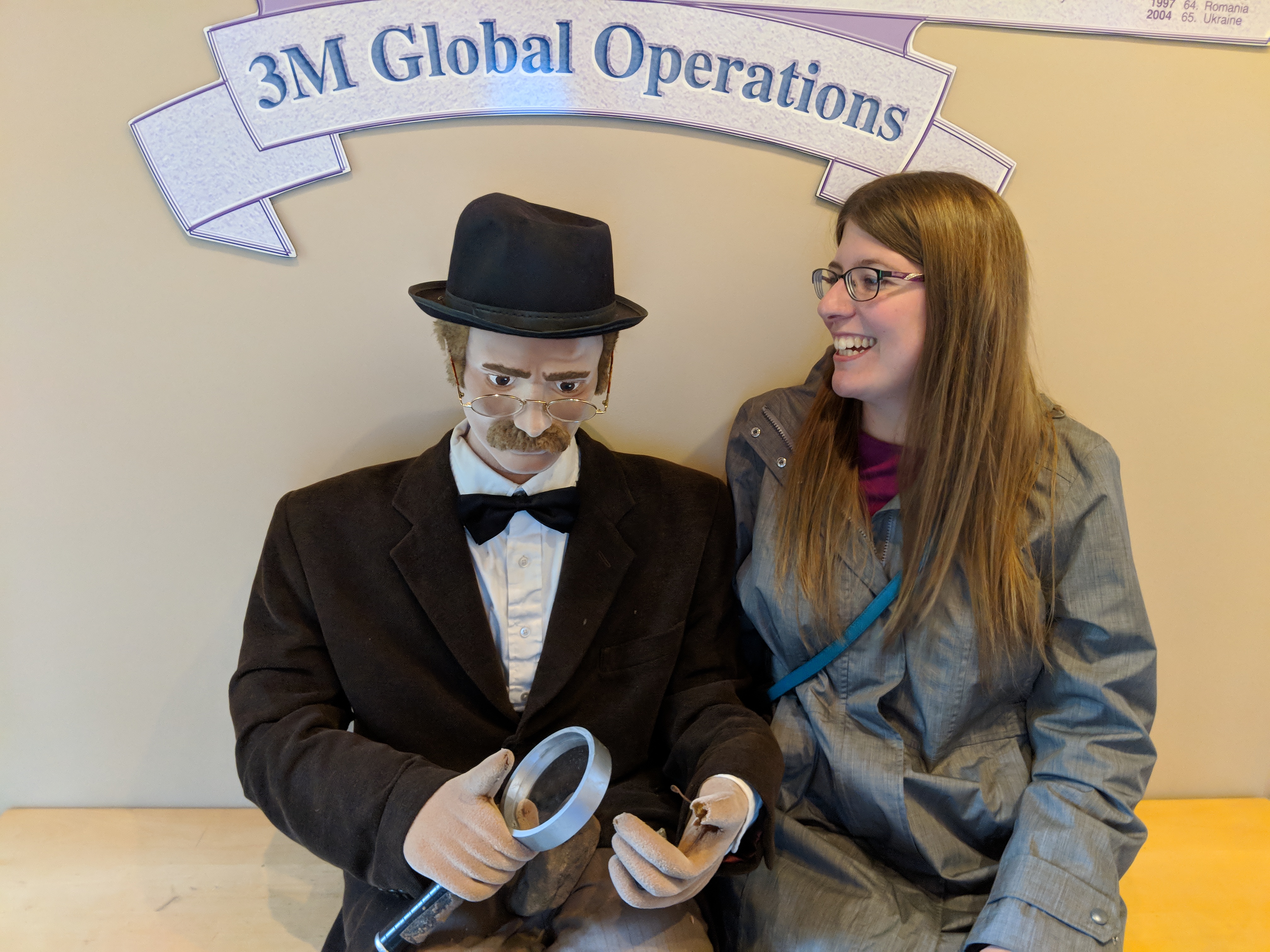 “They just kept trying to reinvent themselves and finally it took off in 1916,” Lynch said of the company.

It was the year 3M, with  McKnight now in charge of operations, emerged from debt.

It was also the year the company invested $500 to build a crude research lab — recreated at the museum — in which workers tried to fine-tune the company’s first holy grail: waterproof sandpaper. That sandpaper allowed the nation’s autoworkers to sand the new paint of new automobiles without creating toxic dust.

There wasn’t even much of a market for it until the company’s marketing campaign created one, convincing industrialists that their employees’ lungs were worth protecting. 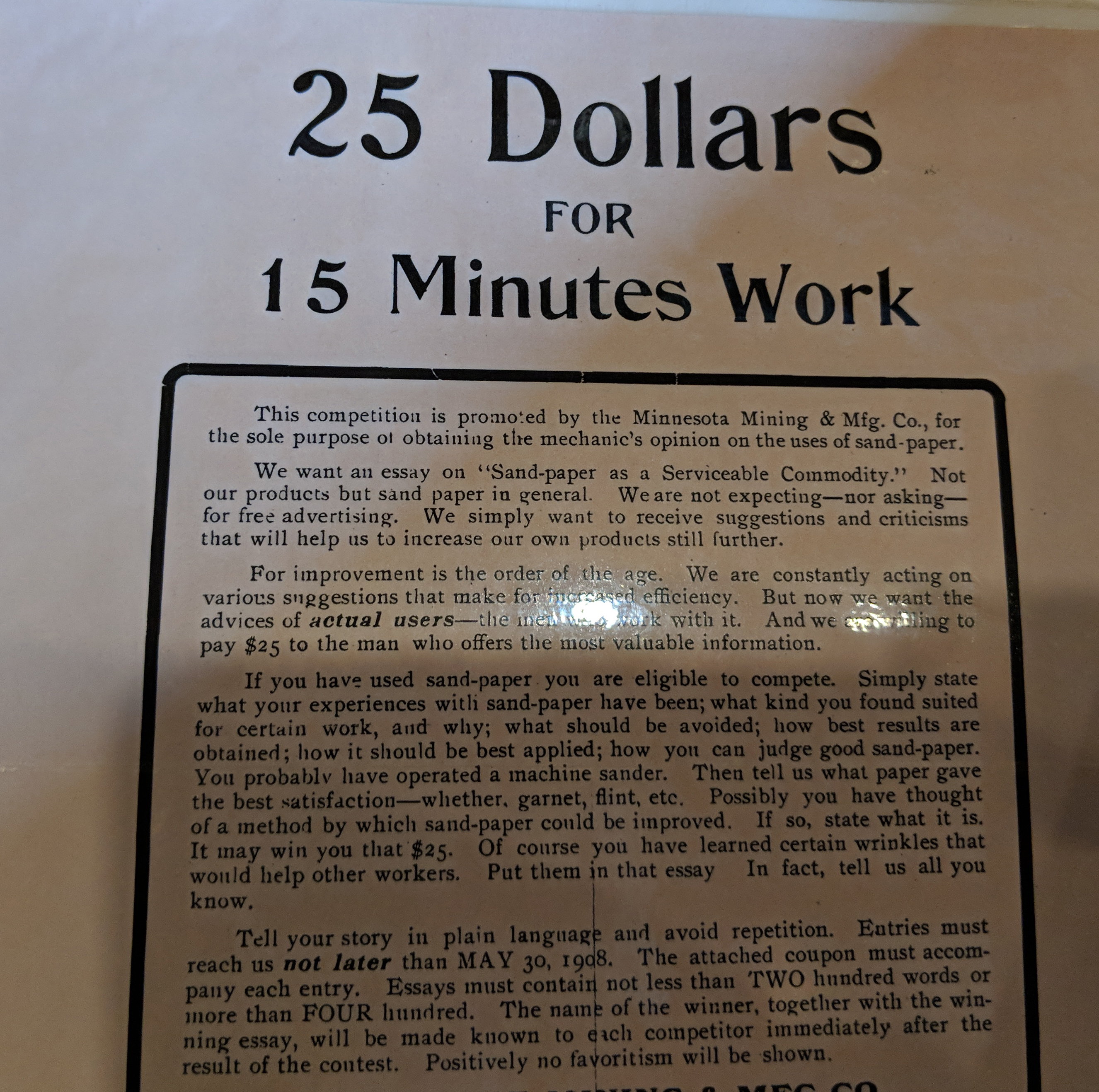 By the time Minnesota Mining and Manufacturing was a going concern, most of the five original partners were out of the picture.  Only Dwan and Cable kept their stock.

Ordway owned  60 percent.  So did some bar owners.

Two Harbors was left only with its history. There is no longer any 3M presence in the city other than the museum, which was rebranded the 3M Museum in 2002 after the company invested in it during the company’s 100th anniversary.

The Minnesota Mining and Manufacturing company land was donated for Baptism State Park,  which is now Tettegouche State Park.

Editor’s Note: This post is the first of a series on off-the-beaten-path museums in the Upper Midwest. If you have a recommendation, email bcollins@mpr.org.